I am featuring R.S. Guthrie on my blog today because he has recently released his new book called Lost. If it’s as good as his last book, we’re in for a treat! 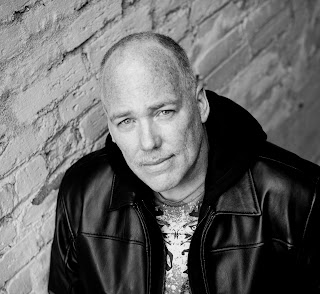 Who couldn’t use a new Kindle Fire, particularly if it were FREE?

I have recently released L O S T, the second book in my Clan of MacAulay series and decided it would be in the holiday spirit to give away a brand new Fire. All a person has to do in order to be entered in the drawing is purchase either one of my books (Black Beast or L O S T) and email me a copy of the receipt here.
Black Beast is current at 99 cents and L O S T will be premiering at 99 cents as well, at least through the first month of the New Year!
I’ve had to move the release date for L O S T out to New Year’s Day (release no book before its time)—so to give readers time to buy the new one and have a chance at the Kindle, the drawing will be held on Sunday, January 29th at 3 PM MST!
The big question from people has been:
If I purchase both books, do I get two entries in the drawing?
YES! Absolutely. Just send both receipts, and you’ve got two chances! (Those who purchased Black Beast during the Black Friday promo already have two chances  in the drawing—and those Black Friday participants who also purchase L O S T and send that receipt will have a THIRD!)
Oh, and to lessen the risk of unscrupulous entries, you must also answer the following question (which can only be answered by reading the beginning of Chapter 4, second sentence—don’t worry, no spoilers):
What is the last name of Detective Bobby Mac’s wife, Isabel?
(Read Terms and Conditions for giveaway here.)
L O S T

L O S T is the sequel to Black Beast, the 5-Star debut novel in the Clan of MacAulay series, and is set to release digitally on January 1st, 2012.

Denver Detective Bobby Mac returns in this intense horror/thriller, set in the northern panhandle wilderness of Idaho. After receiving a phone call from his brother, the Chief of Police in Rocky Gap, Idaho, Bobby Mac travels north to assist in the investigation surrounding two gruesome murders and the abduction of an eleven year-old girl.

These two seasoned cops—estranged brothers reunited—will bring all of their experience to bear in a case that threatens not only the safety of a small town, but also the sacred lineage of a family of heroes.

Black Beast — The original!
Black Beast is the first in a series of Clan of MacAulay novels featuring Denver Detective Bobby Macaulay. Bobby Mac has faced down a truckload of tragedy over recent years. The death of his partner; the loss of his own leg in the line of duty; the companionship of his beloved wife to cancer; his faith in God to his inner demons.
After the man who ruined his leg and killed his first partner is executed, Macaulay becomes the lead detective investigating the Sloan’s Lake murders. The method of killing in this double-homicide is so heinous it leads Macaulay and his partner down an ever-darkening path–one that must be traversed if they are to discover the evil forces behind the slaughter.
Just when Bobby Mac is questioning the very career that has been his salvation, he will discover a heroic history buried within his own family roots: The Clan MacAulay–a deep family lineage of protectors at the very core of a millenniums-long war against unimaginable evil.
“Kudos to R.S. Guthrie!! I started reading Black Beast and from the first chapter
I couldn’t wait to find out where the story would lead — a real pager-turner full of
suspense and intrigue.”
Becky Illson-Skinner, Mystery Writers Unite
“R.S. Guthrie is a marvelous storyteller…The development of his characters is awesome.
You feel you’ve known ‘Bobby Mac’ all your life.”
Kathleen Hagburg, co-author of Getting Into the Zone,
a Course and Workbook For The Mental Game.
“[Black Beast] establishes Guthrie as a bona fide talent.”
Beth Elisa Harris, author of the literary blockbuster Vision.