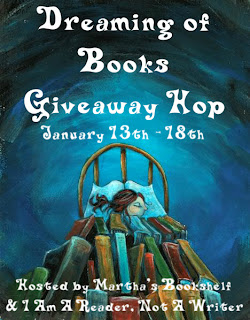 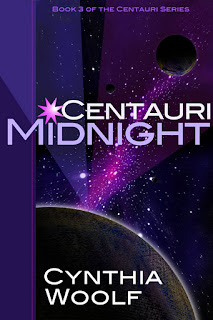 The
first two books in the series are the adventures of twin sisters from the
planet Centauri, one turns out to be the queen while the other was raised as a
slave after being kidnapped. The third book in the series is the story of two
of their friends who find they are the perfect match for each other.
Yes,
I’m still giving away a book. This is what you can say.
Please
leave a comment. One lucky commenter will win a copy of Cynthia’s book CENTAURI
TWILIGHT, Book 2 in the Centauri series. If the winner is in the US the book
will be a paperback. International commenter’s will receive an ebook, if they
should be chosen.
What
advice do you have for other authors wanting to self-publish?
I think you should go for it.  But make sure you do it right.  Get a good cover, get an editor or at least
have someone who can edit well read it for you.
I read each of my books through 3 times before I give it in full to my
critique partners for beta reading.  I
also have other beta readers who read it before it gets published.
Do
you have critique partners?
I have the most amazing critique
partners.  They each have their strengths
and the are all incredibly talented writers.
All but one is currently published and that person will publish by the
end of January.
What is your favorite dessert/food?
I love anything with chocolate, but my
favorite dessert is carrot cake.  My
mother made the most amazing carrot cake with real cream cheese icing.  It was to die for.
How
likely are people you meet to end up in your next book?
It’s not really very likely unless they
have something that makes them stand out from the crowd.  Some character trait that I can see when I
meet them.
What
is most difficult for you to write?
Characters, conflict or emotions?
Why?
The hardest for me to write is
conflict.  I avoid conflict in my real
like as though it was the plague.  So I
tend to try and do that with my characters as well.  Thank goodness for my critique group who are like
an enforcer and make me put in the conflict the story needs.
Was
your road to publication fraught with peril or a walk in the park?
Well it definitely wasn’t a walk in the
park.  I’ve been writing seriously, with
the goal of publication since 1990.  It’s
been a long hard process, that culminated with me publishing my books on my
own.  So I’d have to say it was fraught
with peril. 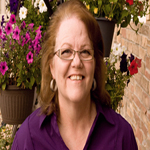 BIO
Cynthia Woolf was born in Denver, Colorado and raised in the
mountains west of Golden.  She spent her early years running wild around
the mountain side with her friends.

Their closest neighbor was one quarter of a mile away, so her little brother
was her playmate and her best friend.  That fierce friendship lasted until
his death in 2006.

Cynthia was and is an avid reader.  Her mother was a librarian and brought
new books home each week.  This is where young Cynthia first got the
storytelling bug.  She wrote her first story at the age of ten.  A
romance about a little boy she liked at the time.

She worked her way through college and went to work full time straight after
graduation and there was little time to write.  Then in 1990 she and two
friends started a round robin writing a story about pirates.  She found
that she missed the writing and kept on with other stories.  In 1992 she
joined Colorado Romance Writers and Romance Writers of America.
Unfortunately, the loss of her job demanded the she not renew her memberships
and her writing stagnated for many years.

In 2000, she saw an ad in the paper for a writers conference being put on by
CRW and decided she’d attend.  One of her favorite authors, Catherine
Coulter, was the keynote speaker.  Cynthia was lucky enough to have a seat
at Ms. Coulter’s table at the luncheon and after talking with her, decided she needed
to get back to her writing.  She rejoined both CRW and RWA that day and
hasn’t looked back.

Cynthia credits her wonderfully supportive husband Jim and the great friends
she’s made at CRW for saving her sanity and allowing her to explore her
creativity.