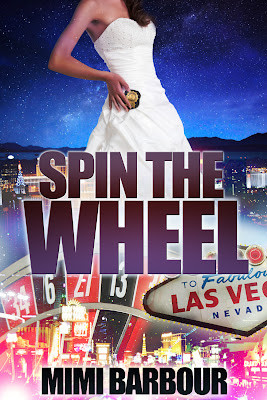 Spin the Wheel, Book #5 for the Vegas
series, is another short bridge story introducing Lisa Jordan, Aurora’s partner.
Lisa will be at Aurora and Kai’s wedding and forced to spend the evening with
Jeff Waters, a man whose very presence makes her feel about the same age as Noel, her
three-year-old adopted nephew. Not only can’t she talk with the man
around, she can’t think straight when his gorgeous grey eyes search hers as if
he’s trying to figure her out.
Jeff is intrigued with the long-legged, curly-haired
beauty who tries so hard to ignore him. When they end up spending the night
together, he knows he’s met the one and only. Now all he has to do is get her
to acknowledge the fact that she really does like him even when she’s sober.
﻿