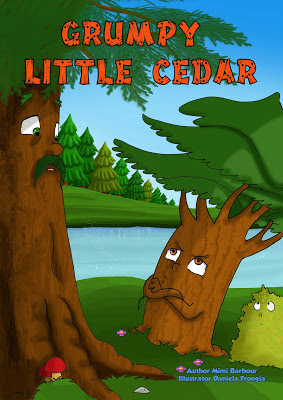 Released today and is available on
Amazon
Is this weird?
For me it isn’t.
I’ve always wanted to write for children. In fact it was the way I started in
the business. I took four years of classes with the Institute of Children’s
Literature courses and at the end of that time, I had one story published. It
was called “Run for Joy” and it was picked up by a multicultural magazine for
children.
(This is a story I wrote from the time I lived in Africa and was based on my fondest memory while there. Driving home from the marketplace in a torrential downpour, I saw a small, naked, African boy running through the rain while kicking a half-filled soccer ball. This handsome little fellow had the biggest smile on his face and it tugged at my heartstrings. I fell in love with that image and knew at that moment that one day I would write a story for him. It seems only right that it be my very first published work.)
The problem
was that I found I was dealing with a very small market. The institute mainly taught about
writing for children’s magazines, and let’s face it; there are very few
magazines out there. For those that are traditional, they accept only a
small amount of submissions for each monthly or bi-monthly magazine.  Taking into account the already established
authors who totally fill the need,  a fresh voice has a hard uphill battle.
If you were lucky and hit on something that resonated with the editor, and the
story would fit in the magazine’s guidelines, they would accept the work and pay
a pittance. This tight market soon made me lose my zest.
Mind you, I have
no complaints because it was at the time that I had decided that some of the romance
books I had read were so poorly done that I could do better – and then did just
that. Which led me to the career I enjoy so much today.
Of course, as
happy as I am writing my paranormal angels, spirit-travel and Vegas suspense, there was still
that mommy in me who wanted to publish some of my favorite stories from the
past. And so – you know what??
I did!!
Meet the Grumpy
Little Cedar. This story was my way of telling the complainers that maybe they
were  lucky and should look on the bright side rather than grouch about
silly things that aren’t nearly as bad as they think.
I hope this will
help some loving parents and grandparents to entertain their little ones with a
lesson. And to keep them smiling with the happy ending.
***