I’m off to a convention in the Emerald City (Seattle,
W.A,) this week and I’ve been way too excited to get anything done. Or so I
thought. Seems I work well under pressure. I’ve gotten more done in the last three
days than I’ve been able to accomplish in a week. Of course, not all of it is
correct but it is fixable…..gulp! :-)))

I spent time today reading over all the workshops offered
on Friday, Saturday and Sunday. The choices are staggering. As an Indie author,
I’m of course interested in most of the marketing workshops. Keeping up with this
fast-paced business is tiring and exhilarating at the same time as challenging.

Those dollars I spend trying to promote my books
have to be put to the best use I can discover. As you all know, the freepartay’s
have done me well. But it’s been over a year that I’ve advertised with them. I
realize that I’m hitting the same market repeatedly.

It makes sense for me to spread my wings and find
others who might like my books. And that means I need to share my promo bucks. Like many others, I accept that I must market my work and pay the money
to do so. I just want – like everyone else – to get great results for the least amount of money.

I will keep notes and let you know any gems of
information I come up with during this convention. And I don’t expect all of it
to come from the workshop co-ordinators either. I have no doubt the personal networking
will bear fruit also. At least I hope so.

Recently, I’ve been told that the best form of
publicity is by releasing more books. I took that advice seriously and after
waiting well over a year, I just got the rights back for my favorite book of
all – Together for Christmas. I’ve had my brilliant cover artist,
Steven Novak (the man’s a gem! And so easy to work with) make a wonderful cover
for the book and I re-released it a few days ago. I’m so happy to see it up on
Amazon, looking spiffy and finally selling at a reasonable price. 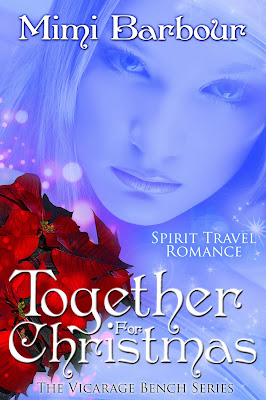 Abbie Taylor has a thousand things to do before the
big day, help the vicar with his needy families, organize the Christmas
nativity, and spare time for a distraught baby at the orphanage who only
settles when she’s near. Falling into a coma while her spirit resides inside a
prickly, big shot businessman doesn’t work for her at all …until she falls in
love.
How could Marcus Chapman be so unlucky? First he’s
saddled with his newly widowed mum, and the next thing he knows, he has an
annoying spirit invader who’s instantly aware that he isn’t nearly as tough as
he makes out. Between these two manipulating women, and the orphans Abbie
forces him to visit, the poor man doesn’t stand a chance. The season is
Christmas, and love is all around.

***When
this book had been released under Wild Rose Press it had 8 reviews – all
fantastic – all 5 star reviews and not one from my mother or friends….LOL! Legitimate
reviews that told me they’d loved the spirit-travel concept and found the
romance enthralling.

Maybe it was the
eagerness in her voice, or maybe just her words, but whatever she said made him
grin. Up till then, he’d seemed like a stranger looking back at her in the mirror. Then his
smile changed everything. Unfortunately, it didn’t last too long. But she’d
seen enough and decided right away that he had a dear face. Not what one would
call handsome, more like interesting. She’d bet that his full head of messy
hair cut short and worn close to his head normally didn’t look so scruffy. That
wouldn’t be his style at all.
His
piercing green eyes didn’t have the same sparkle as his mother’s. They were
ruthless and compelling, slightly haughty and intense, and the shrewdest stare
she’d ever come across. She felt as if he were trying to find her inside of him
by staring into his own eyes.
“Can you
see me?” She teased.
“I do
believe I can. I went slightly crossed-eyed for a moment, and I have no doubt
that was you sneaking a peek.”  When he
grinned teasingly, dimples appeared on both sides of his mouth and created a whole
different impression. This man devastated with his attractiveness, his
charisma.

Unequivocally, Abbie knew at that moment, not only had her spirit joined
with his, but also her heart now faced a challenge. 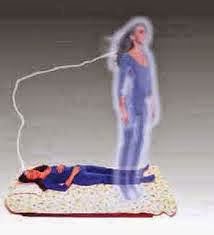 If you liked the concept of Quantam Leap, make the protagonist a female, add in a lot of romance, humor and a lovely Christmas theme and you’ll have
Together for Christmas.
***