Today, as promised, I’ve pulled out the poor reviews and tried to make some sense out of the remarks so I can learn from the reviewers complaints and dislikes. Not sure it really worked all that well with these three books. 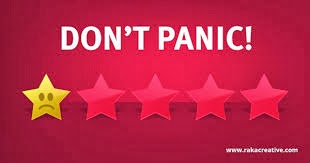 “Actually
the story wasn’t bad. I could even care about the characters to some extent.
And I guess I was over-expecting from an author who apparently acquired her
knowledge of angels from movies. But even Hollywood was too wise to use God’s
name profanely in a story about angels. Unless they are fallen angels, which
didn’t seem to be the case here.” ~ Reviewed (1 star)


Now here’s a case of a reader who was expecting less
“grit” from the book and because I didn’t fulfill her expectations and deliver
what she wanted, she took that disappointment out in her review. Now, if she
had read the book description ***Think ‘Highway to Heaven’, move forward in
time to ‘Touched by an Angel’ and then to today’s ‘A Gifted Man’ – add some
spice, a lot of romance and a great deal of humour, and you’ll have a good idea
of what you’ll find in ‘My Cheeky Angel’ *** she would have noticed the
warning that the book wasn’t for the faint-hearted. I made reference to the
shows about angels. Unless I’m mistaken, I can’t see where a truly honest
author can get their ideas of angels from anything other than books, movies and
TV entertainment. I’ve never seen one, but I’ll admit that if one ever came to
visit me personally, I hope she’s just like my angel character, Celi.
“Not
a bad story, cute, written well..felt a little too cute for my taste..a little
blah but for many I’m sure they will enjoy it..”
~ Reviewed (2 stars)
Not much I can say about this review. There was
nothing helpful. I’m not sure cute is
an adjective I was striving for but what the hell – I’ll take it!!
I
liked the basic premise of the book and the concept of a spunky guardian angel.
That injected some humor into the story. However, I quickly grew tired of the
endless, meticulous clothing descriptions. The author seemed to be belabouring
the point that the heroine was putting on sexy clothes for a change. The sex
scenes were written well enough to excite, but contained a lot of
“paperback romance” cliches. ~Reviewed
(3 stars)
I picked up on this review because the reader actually
gave me a reason for her dissatisfaction. She disliked the endless clothing
descriptions. Actually, I was trying to describe Annie’s metamorphous from a
tomboy into a classy young woman by showing her choice of outfits progressing
from sloppy jeans to stylish fashions. Guess it didn’t go over very well here…..darn!
And the reference to paperback romance clichés – well – it is a paperback : –
)))

His
Devious Angel:
“I
am glad i did not purchase this book, it was more fantasy than i like. i would
not really recommend it for any age.” ~Reviewed
(2 stars)
What can I say? The title “His Devious Angel” should have maybe warned that probably the hero
would have to deal with a spiritual conniver. I’m glad she didn’t purchase the
book also or I might have only gotten 1 star….. naughty, naughty!!
“First
off, the phrasing and slang used were very British in nature but this story
takes place in the US with US characters. Next, the story took place in
Washington. Which Washington? Through location clues you have to deduce it’s
Washington DC. Or at least near DC. It seems the author and editors didn’t know
enough to make that distinction. Maybe they have the locations and geography
mixed up themselves. As far as editing, I mentioned a little of that in the
above paragraph. There was a point where a supporting character was called by
the wrong name a few times. There are also spelling errors and grammar errors.
Sometimes a word is used and I wonder if the writer or the editor even
understands the incorrect usage. For instance, two characters were involved in
a heavy make-out session on the couch that was later referred to as
“lovemaking” a few times. Is that because the author is British and
that’s the term they use instead or because they have no idea what lovemaking
really is?” ~Reviewed
(2stars
There’s more to this brutal review; I only picked
out parts I could comment on. It would have devastated me if one of the other
girls in the same Freepartay hadn’t gotten one that was so similar, we wondered
if it had been written by the same person… hummm??
I guess where this reader picked up on the British
phrasing is from the Angel who was clearly described as being British. It
seemed to make sense that he would use the correct terminology.
The setting of Washington, is described in the first
chapter when there was reference made to the “Washington wasn’t too hot for a change. Instead of the mugginess that
hovered many times in this famous city, there was a cool breeze.” There
were a few other instances, but she is right in saying that D.C. was not
mentioned. It should have been.

She’s also accurate in the spelling mistakes and my
having changed one of the character’s names. Of course, these errors have now
been corrected and it was because of this review, plus some friends who gave me
the head’s up, that I had the book re-edited.

I also did refer to my hero and heroine making-out
on the couch as lovemaking. For some strange reason, I guess I just assumed
that when a man and a woman are feeling as much emotion as these characters were,
then they’d gone past petting or groping or whatever other adjectives I should
have used. For this, I won’t apologise….uh huh….nope!

“Overall
I really liked this book, the only reason I didn’t rate it higher is because I
had two problems with Liam, the first is in how he treated his dad over
something I didn’t consider serious enough to warrant yrs of such treatment and
second, considering he was Special Forces he should have been able to take
control and make short work of a later situation. But on the flip side, I loved
how the female characters were written, more than once I found myself laughing
out loud.” ~Reviewed
(3 stars)

There were so few poor reviews that I had to pick this one,
which I truly didn’t consider so bad. This reader seemed to have it in for my
hero. Thank goodness she liked the ladies!!

“Enjoyed the story, but I do have a problem with the
finished product. How I wish that books for the Kindle were properly edited or
proof read. This is one of the many that have disappointed in that respect.”
~Reviewed (4 stars)

As you can see, I earned only 4 stars because of her
disappointment that the book hadn’t been properly edited. I will admit that due
to time constraints, deadlines for publishing a book, there have been times in
the past that I have released material before the final edits had been
finished. I regret that very much now, but back then it seemed like I had no
choice. I’d posted a due date and was stuck with it. Nowadays, I only say the
month and the approximate time like the beginning or end so I won’t find myself
in that sticky situation again.
“I would say for the most part this was a pretty
good read. It could have done without the sex part.”  ~Reviewed (4 stars)

I had to add this review because quite a few readers
have taken exception to the sex scenes in my romances. I promise that I try and
write these passages with good taste. To reflect an honest emotion from the
characters when they finally find themselves expressing their feeling through
actions. In my own defense, I’ve always enjoyed a well-written sensual scene
and couldn’t imagine an honest-to-goodness, true-to-life romance without at
least one.

The was a good Christmas read. I wouldn’t recommend
it for any other time of the year. ( Have I used enough words yet?) ~Reviewed
(3 stars)
I loved this review!!
“This is a short novel which would have benefited
from more detailed story background. I did not feel much rapport for the
characters, except for Pi”
~Reviewed (3 stars)
This review broke my heart! The comment about a more
detailed story background I accept as true since this book only has 136 pages.
Most of my paranormals are similar because I believe that a lot of customers
are looking for lighter, shorter stories and that is what I’m most comfortable
writing. What upset me was her not feeling a rapport with the characters. I
wring so much emotion from the people in my stories that I’m truly shocked she
didn’t “get them”. Thank goodness that Pi pleased her.
*** Note:
Since the lowest review rating I have on Loveable is 3 stars from 319
reviews, I had to choose these as my bad reviews.  Thank you Lord!!! 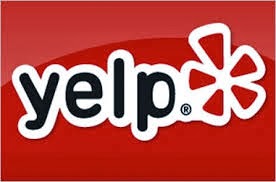 ***Next post: Based on my personal experience, I’ll touch on the variations in reviews when dealing with different genres.