I was really excited to be able to introduce you to my friend, Cora Maxine, who is also known as – A Girl and her Kindle, Amy Brantley. This is Cora’s first book and it’s a very exciting and scary endeavor for any author to release the baby that’s been hers for so darn long. Welcome, Cora. 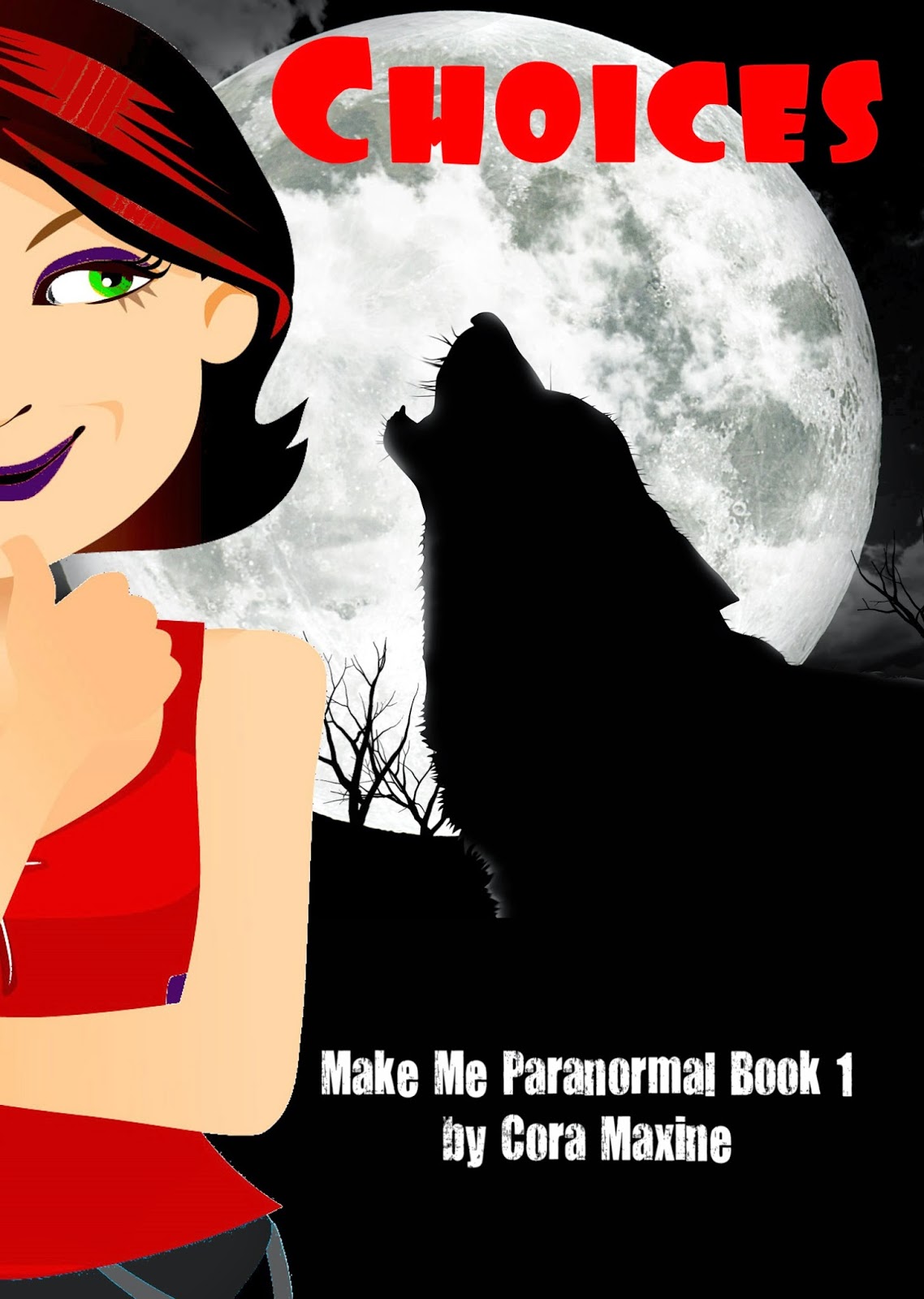 Thanks so much for letting me come and visit with your followers, Mimi.

One thing I discovered while writing my first novel, Choices: Make Me
Paranormal, was the need to add sex appeal to many of my male characters.
There’s Vince, a sexy vampire who was inspired by Zak Bagans of the hit Travel
Channel show, Ghost Adventures. Then there’s Ian McGreggor, sexy Scotsman
warlock with a to-die-for accent. Even minor characters such as Frederick
Starke, elder headmaster of the vampire society, is an incredibly sexy character
who was inspired by Danny Koker of the hit TV show, Counting Cars.

What can I say? It’s hard to write a male character that isn’t drool worthy.
Maybe book two will feature some ugly – or even average – men, but I wouldn’t
hold my breath if I were you.

In the meantime, why not read an excerpt from Choices: Make Me Paranormal
Book 1:

I always wondered which paranormal being I would choose to be, but never
thought I’d be forced to make the decision.

I rubbed my eyes and tried to let them adjust to the room. Though my eyes
adjusted quickly, my brain didn’t. I wasn’t sure where I was, but I was certain
I had been kidnapped by someone from the 100 Acre Wood. The bear, rabbit, or
pig had some explaining to do. The walls of the room honestly made it appear as
if the room was created inside a hollowed out tree. As I raised my hand to
touch the wall, there came a gentle knock on the door and an old woman peeped
around the opening.

“Oh good, you’re awake,” she said coming into the room and closing the door
gently behind her. I guessed her age to be around late 60s or early 70s. She
had her white hair up in a bun and was wearing a light brown dress that cinched
at the waist, but did nothing for her figure. “I’m sure you have many
questions, including why you’re here.”

Actually, I had been wondering how I got here. I was a very light sleeper
and someone shouldn’t have been able to move me without waking me.

“All the answers will come in good time, my dear.” She smiled sweetly and
clasped her hands together in front of her body, looking quite harmless.
“First, why don’t you freshen up a bit? Everything you need is in the bathroom,
including a fresh set of clothing. Once you’re done, I’ll be down the path, in
the room on your right.”

Something inside nagged at me that I should thank the woman, but another
part of me was still in shock about the whole situation so I just stared at
her.

“Well, I’ll just be going.” And she was gone. Either my eyes hadn’t properly
adjusted or that woman was damn fast because people don’t just disappear…do
they? I guess if a stuffed bear could pull off a high-stakes kidnapping, old
ladies could also disappear.

Wow, I was really beginning to lose it.

As I climbed from the bed, I found a pair of fuzzy slippers anxiously waiting
for my feet. The interior of the slippers was warm and upon standing I found
that they were lined with memory foam. It was like walking on air. As I walked
past the mirror, I noticed that I must have gotten taller or the furniture was
shorter. Then I noticed my feet in the mirror.

“Holy…,” I said as my hand flew to my mouth. I was floating at least six
inches above the floor. I immediately kicked the slippers across the room, ran
into the bathroom, and locked the door.  I stood there for a second feeling
relieved, but then I just felt stupid for running from a pair of slippers. I

carefully peeked out the bathroom door and saw the slippers gliding back
into place, at the side of the bed. “Eek!” I closed the door back and stumbled
backwards into the toilet, which made me scream even louder.

I sat there, on the toilet, slowly trying to gain control over my emotions.
Last night had been my 29th birthday party, and while I’m not a drinker,
someone must have slipped something into my sweet tea. I rubbed face with both
hands and just sat there for a few minutes.

Obviously, I was having a vivid dream. Damn melatonin. Vivid dreams were a
common side effect of the medication, but without it, I couldn’t sleep at
all.

I pulled my hands from my face and stared at the wooden wall before me. I
have to admit, my imagination was still in top form. The room looked so real
and every detail was perfect. I reached out to touch the wall and it even felt
like real wood.

The bathroom was huge for a hollowed out tree. There was a separate Jacuzzi
tub and a large shower with a rainfall shower head and numerous jets. Pretty
fancy for the forest.

I couldn’t help but succumb to the giggle fit that followed. It might have
been just a dream, but I was feeling extremely nervous. It was time for this to
end. I pinched myself hard enough to leave an angry red spot on my arm.
Nothing. I was still lost in the forest. A yellow stuffed bear in a small red
shirt had some ‘splaining to do, but first I needed to take a shower.

I allowed the water to heat up as I undressed and stepped into the shower.
While the rest of the room appeared to be made of wood, the inside of the
shower had gorgeous slate tiles. Though it didn’t look it from the outside,
once in the shower, I felt that it was larger than my small apartment. I just
shook my head at the impossible notion and allowed the hot water from the
shower head to wash away my anxiety. After all, it didn’t look like the old
lady wanted to kill me or anything. It was just strange to be whisked away in
the middle of the night, instead of being invited.

I opened my eyes and searched for some shampoo, finding three potion-like
bottles. The one that was a beautiful shade of lime green was marked shampoo.
There was another bottle that contained a creamy purple liquid that I correctly
guessed was conditioner. The final bottle contained a hot pink liquid that was
labeled body wash. I wondered if it was coincidence that the products were my
favorite colors as I uncorked the shampoo bottle.

The fresh lime-orange scent that hit my nose immediately energized me and
continued to do so as I massaged the shampoo into my hair and scalp. The
conditioner was equally fascinating to smell, with a calming lavender scent. I
excitedly uncorked the last bottle and was overwhelmed by the tasty smell of
strawberries mixed with fresh cut green apples. It was an intoxicating aroma
that left me excited about what was to come from this crazy adventure.

As I toweled off, I searched inside the cabinet and found a new toothbrush
and what appeared to be homemade toothpaste. Either someone had guests here
often or this had been planned for quite some time. After brushing my teeth and
running a brush through my hair, I looked around the room to find a pair of
cropped leggings and a t-shirt, which just happened to be my favorite type of
outfit. It was an outfit that was comfortable, yet made it appear that I was
into being active. Of course, it was a complete lie. I was about as active as a
sloth. At least I looked good, I thought as I stared at my cute bottom in the
mirror.

Enough getting ready. It was time to find out why I’d been brought there. At
that point, I was actually pretty happy about being there. It was certainly an
improvement from my boring studio apartment, but that didn’t completely squash
the anxiety I felt about being kidnapped. 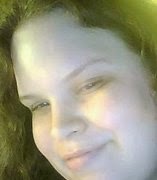 Cora Maxine lives in Western North Carolina and uses the towns around her as
inspiration for her urban fantasy novels. When she’s not writing, she can
usually be found reading, baking, and spending time with her amazing boyfriend
and houseful of pets.