***Please meet
Helen Scott Taylor, a friend from the partay group and a wonderful writer whose
work I’ve always enjoyed. She’s one of the authors in our collection called Ten Brides for Ten
Heroes.
Her selection is called The Army Doctor’s Wedding. Helen’s
genius son created the book covers and all the wonderful banners floating
around the internet that are related to this boxed set. 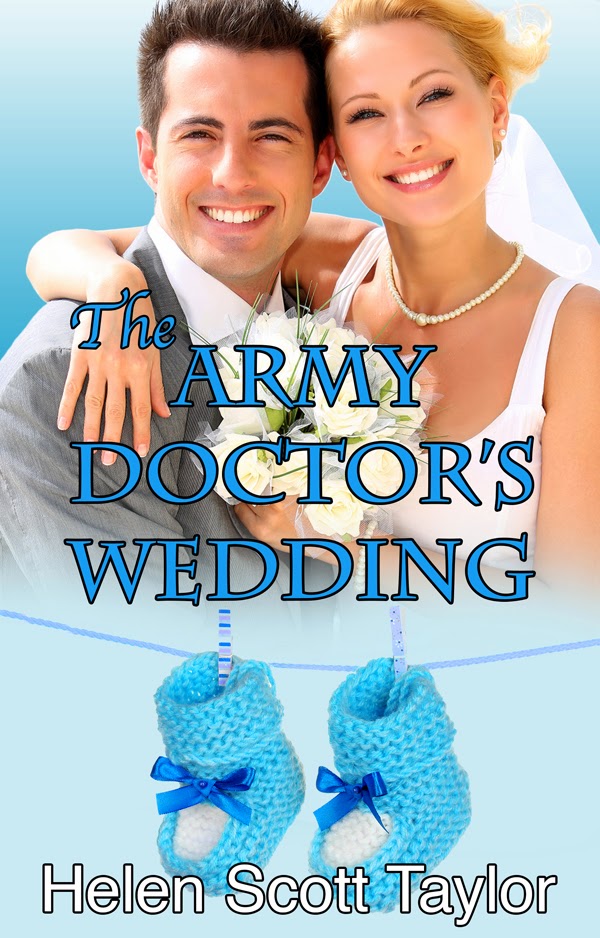 I was married in
a medieval church on the edge of Dartmoor in Devon. (Dartmoor is the setting
for Sir Arthur Conan Doyle’s novel The Hound of the Baskervilles.) Local folk
lore held that if you poked your finger through the keyhole on the church door
at midnight, the Hound of the Baskervilles would bite it off. So a super
romantic location!
Hubby and I
chose to be married in December. Goodness knows why. The weather was so dark
and stormy it looked like night time in our wedding photos.
A few years
after we were married the church burned down and now lies in ruins. Despite
that Mr. Taylor and I have been happily married for over thirty years.

I love writing
about romantic weddings where couples marry surrounded by their family as I was
on my wedding day. In my story The Army Doctor’s Wedding, the hero and heroine
actually manage to get married to each other twice in one story.
Blurb:
Major Cameron
Knight thrives on the danger of front-line battlefield medicine. Throwing
himself into saving the lives of injured servicemen keeps the demons from his
past away. When he rescues charity worker, Alice Conway, and a tiny newborn
baby, he longs for a second chance to do the right thing, even if it means
marrying a woman he barely knows so they can take the orphan baby to England
for surgery. The brave, beautiful young woman and the orphan baby steal his
heart. He wants to make the marriage real, but he can never care for them as he
longs to while he is stationed overseas away from home.
A good romance often ends in a wedding and I love those scenes. If you are a fan of romances and weddings then try Ten Brides for Ten Heroes. Ten happy-ever-afters for the price of one!
Find Helen Scott Taylor on FaceBook, Twitter and her Website.
p.s. I just had to ask Helen if her and hubby stuck their fingers in the keyhole and her response…
Did we stick our fingers in the keyhole–no way LOL. I’m not really superstitious but still…
*************