As you know,
I have been involved with nine other writers in the box collection called Ten
Brides for Ten Heroes. The other authors have been a joy to work with
and I’ll tell you why. Many of them are New York Times, USA Today and Amazon
best-sellers. Now if you add together all the years we have worked, building
our careers, in both Indie publishing and being in the traditional marketplace,
that’s a lot of information gathered, stored and now freely shared.
I guess we
were extremely lucky because we worked well together and there weren’t any major
hang-ups or bad feelings at any time that I was aware of. When we disagreed, it
was done with the attitude that everyone had as much right to their opinion as
the next person. Surprisingly, those times were few and far between and somehow,
whatever the difficulties, they’d be dealt with to everyone’s satisfaction and
we’d move on.
I understand
from some of the industry gossip that this is not always the case. Other collaborations
haven’t been as lucky. For us, we all chose to take on certain responsibilities
and whatever we put up our hand for, it was done. Sharing the work is a huge
benefit because then everyone feels invested in the project. As the time drew
nearer for the release day, we were all anxious and hopeful.
After all,
our books were wonderful and all full-length stories. Brides always have a
certain attraction for the romance reader and June was the perfect month. Better
yet, we published a free cookbook from the Brides as an added incentive for
readers to enjoy. We’d also signed up for the best promotions available and had
even arranged a Facebook event for a whole week. Two book tours were lined up
and we were all ready to tweet, blog and facebook this baby as much as
possible.
Once
released, it came out of the pre-order and ranked quite well on Amazon. At one
point, we were under #100 and stayed there for some time. Why then did we not
hit any of the lists?
Turns out,
to be able to get on those desired lists, a book must also have good numbers on
the other venues like Barnes & Nobles, Kobo and iTunes. In fact, another
box collection had made the USA Today list and never enjoyed the good ranking
on Amazon as we did. Ahhh…. but… they had much better sales on Barnes &
Noble.
So,
realizing this, we‘ve made a concerted effort to give our collection one last push.
This coming weekend, Aug 15th & 16th, we’ve organised
promotions with Barnes & Noble, iTunes and Kobo. We’ve also signed up a few
other advertisers to sponsor us. It’s the “make it or break it” period and we’re
all pretty enthusiastic.
And if we
don’t make the desired lists, we can always agree that we’ve learned so much
from each other, reached a lot of new readers and made a few bucks in the
process!!
Would I do it again? Hell yes!!!! 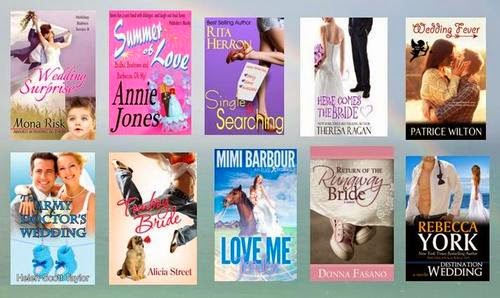