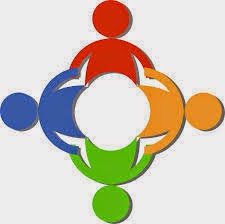 So, in my last two blogs I’ve tried to explain that
you have to join Social Media and promote yourself and your work to gain
readers… and therefore be financially successful. Sounds like a pat phrase, doesn’t it? Like
it’s so easy. Nothing could be
further from the truth.
Thankfully, as we all know, once a person makes up
their minds to learn something new, it might take a few mistakes, a lot of “how-to”
questions on Google and uTube, even begging for help from friends, but you will learn. (p.s. Google – has saved my
bacon so many times when something makes no sense. Same with the videos on
uTube. Use them – they’re wonderful tools!)
Next suggestion is to teach yourself as much as you
can about the promo and social media sites you’ve decided to tackle. They’ve become very user
friendly, so don’t over-think! Read the help sections, the rules and click
buttons. Open everything you can find and become as familiar with the pages as
possible.
Then once you’ve tackled the main sites, be active.
The amount of time and energy you’re willing to spend will eventually pay off,
so force yourself.
Now that you’ve gotten more familiar in this world,
find yourself an small active group or start one yourself. I’m not just saying
this because it sounds like a good idea; I’ve actually followed my own advice.
A while back, I started a group called Mimi’s Gang. From the beginning, we decided
to only invite members from the list of authors who worked together in the old
days for the FreePartays.
Knowing that we wanted active people who were
willing to work collectively with a “pass it on” attitude, I’m happy to tell
you it’s working really well. I’m also sad to say, we’ve turned away many
others who want to belong. But the rules were set and we all agreed they were
necessary. A small, tight group will be much more effective and manageable.
Just so you know, we’ve formed under Author’s Billboard, set up a Facebook Page (please like us if you come to visit), a Blog we all share. We’re promoting together on
Pinterest and have had some success. We’re also organizing a Facebook event for
Valentine’s Day. And I’m happy to say, most of our group are involved. We’ve set up a
hashtag on Twitter #mgfpf so we can retweet each other’s tweets and that has been
successful in finding all of us new followers.
Let’s face it, when you’re in a group, your exposure
is multiplied in as many directions as your people take you and that is a heck
of a lot more immeasurable than anything you can do yourself.
So… that’s it.

*** In case you haven’t seen these wonderful promo lists, I’m including them here for you to check out!!
Good luck!