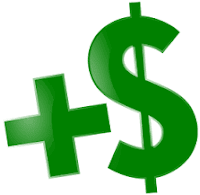 ***Here’s how Summer Fire made it to #13 on #NYTimes. It’s complicatingly simple. We worked our fannies off!! Maybe not everyone—all of the time—but we all kicked in some of the time. And with 20 authors making the effort, it worked.
See original post. June 18th

#4
The budget – whoever is in charge needs to have a realistic
budget prepared in advance according to their marketing plan. Make a list of
all the free and paid promos, marketing and costly ads (Facebook, Twitter,
Google?) you want to put into play and then make sure the others are willing to
spend their share – both as a payment into the promo pot and the individual
expenses expected from them for giveaways, Facebook ads etc.
For Summer Fire, our organizer had a detailed
marketing plan that she shared with us right from the start. As you can
imagine, with 20 people, the costs were considerably less than I usually paid as my portion of the 10 brides collections.
I knew I’d get my money back in royalties months
down the road and was glad to pay up front so whoever was looking after buying
the promotions would have a healthy budget to work with. Since that was
normally my job, I had no doubt that what was asked of us would all be gone by
the time the book was released and I was right. At the end, we all had to ante up
a few bucks more so our organizer wasn’t left holding the bill.
Truthfully, I was glad we’d overspent. The more
promotions you buy for a book, the better chance one has of making enough sales
to hit the list. After all, no matter what anyone else tells you, it’s all
based on the numbers. Not just from Amazon, don’t make the mistake of thinking you’ll be successful if you have
incredible sales there. They want the numbers from all the major venues. I’m
not saying they have to be equal, and I’m not even sure the exact percentages
they use. But I do know that if the numbers on Apple and the rest hadn’t come
through for us, we never would have been #13 on the New York Times.
So therefore, how much you set up your budget for is
crucial. And don’t think that the more expensive ads are the best. It happens
in some cases – but not always. Do your homework and find out from others which
places have been more successful in getting them sales. I have my favorites and
I support them, not only because they’re doing a good job now but because they
have the potential to be really good
one day. So spending my money now might not produce everything I hoped it
would, but the people who run these venues remember who helped them get
started. Down the road, it’ll pay off. It certainly has for me. Whenever I
approach these friends with a new release and request a spot on a certain day,
I get it.
When you organize your budget, take into
consideration not just the paid ads you need to use but also things like a
Facebook event and the prizes, Facebook ads or boosts, a release day blitz,
maybe a Read & Review program and the books you might have to gift,
Rafflecopter prizes on the blitz, and the money for a Thunderclap campaign. Of
course, if you have to pay for a cover, you’ll need to add that too. Just try and
figure out every expense you can think of and add it in from the start. It’s best to be
prepared at the beginning rather than scrambling later. 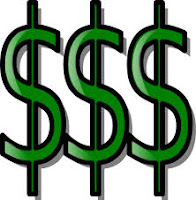 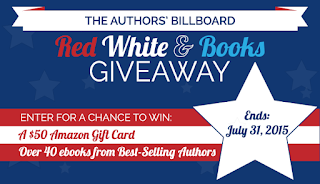