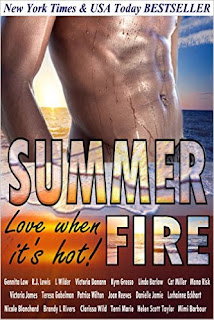 #5
The cover – was important. It needed to show the readers what
they could expect on the inside – the flavor of the books – and Summer Fire’s
cover did just that. Most of the stories are explicitly sexual and it was
certainly obvious when one looked at the naked chest of the male body on the
front and the words “Love when it’s Hot!” printed on the side. If a few of the
people in the group can make/organize a couple of covers – it’s best to hold a
poll and get it decided quickly. Covers can be a huge argument if it isn’t
nipped in the bud with majority rules. Original post June 18, 2015.
I’ll only say this once. The cover is HUGE! It
catches the eye of a potential buyer and it should tell them something of what
to expect when they begin reading.  I’ve
personally bought a book just on the cover and the title alone – didn’t check
inside. Sometimes, I’ve kicked myself but many times it delivered. When it
does, I go back and buy another from the same author.
As you all know the Summer Fire cover was explicitly
sexual. Which should have twigged for me
– that the books in the collection were also of an erotic nature. But I knew
some of the others in the set and I also knew they didn’t normally write sexy
and so I blithely went along with my sweet little novella Big Girls Don’t Cry,
and submitted it.
Whoaa!!
When the set was finally delivered to my Kindle
after it was released and I got to read the first few books, I was stunned.
They were fabulous – don’t get me wrong – those girls can write! But they were
not sweet little stories. On the contrary! I think some of the readers will be disappointed
in mine but then again, it is a lovely romance and just maybe a few of them
will enjoy a “heat” break!
I was in a group a while back where the cover became
a huge argument. All Indie authors have had the control over their covers and
most know exactly what they like and want and can visualize the end product (of
course with their own story in mind). When it doesn’t come up to their
expectations, then they will have something to say. This type of an argument
can be a breakdown in goodwill and can start the whole process off on a bad
foot. People can’t help but take sides. Everyone has an opinion and it can get
nasty. In our case, thankfully, it didn’t. We worked through it and came up
with the cover we all liked. Needless to say, not only did it have the authors
upset, the process of choosing took a fair amount of time.
So… if I was to be in charge of a box collection,
one of the first things I’d do is get two or three covers ready, do a poll and
let the majority win the vote.
In case you haven’t noticed – the cover above is really different from the one we originally went with. I love the new one 🙂 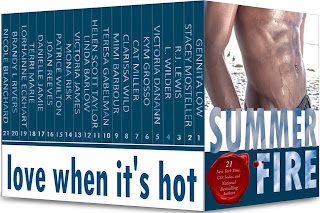