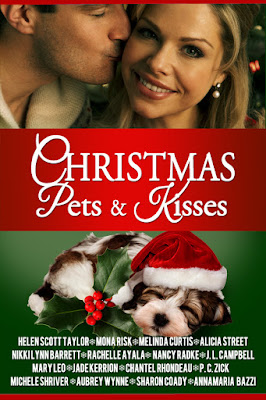 Ring in the Christmas cheer with sixteen all-new sweet and heart-warming romances from New York Times, USA Today and National bestselling authors. Don’t miss out on this romantic collection of Christmas tails…uh, tales as adorable pets with fins, paws, feathers, and hooves bring holiday magic with the gift of true love.

Golden Christmas – Helen Scott Taylor
Every Christmas Vicky hides so she doesn’t have to celebrate the date she lost her husband and son. She doesn’t want to see anyone but when she finds a dog’s lost ball she meets Jon, a wounded ex-soldier who’s struggling with his own problems. This brave man touches Vicky’s shattered heart and makes her realize she can’t hide forever. With his support, can she find the strength to love again?

Two Loves for Christmas – Mona Risk
Tabloid pictures of charming laywer, Josh Dutton, threaten his father’s senatorial campaign. The family decides he needs a sweet ‘temporary fiancée’ to repair the damage. With only her German shepherd for friend, Emma struggles with problems. Attraction sizzles between Josh and Emma but no one mentions the ‘fake fiancée’ detail. When the truth surfaces will Josh be able to prove that his kisses were not part of a charade?

Dog-Gone Christmas – Melinda Curtis
Widow Marnie Haywood wants Christmas hosting her in-laws to go smoothly. And it would – if her handsome neighbor and his friendly St. Bernard would stop coming over, mooching food, and stealing kisses.

His Christmas Promise – Alicia Street
A stray dog with a penchant for giving warm and fuzzy love finds refuge with an ex-Army helicopter pilot and helps restore his bedridden grandmother’s will to live. It seems like a Christmas miracle until the bachelor war vet discovers the mutt belongs to a little girl who wants him back—and a single mom who makes him rethink his freewheeling ways and maybe even believe in love.

We Wish You A Ferret Christmas – Nikki Lynn Barrett
Widower Lance Rossiter wants nothing to do with the pet ferret who caused his daughter to be hit by a car. Widow Cara McLean is shocked by the ferret her son finds and wants to keep. When Lance and Cara meet, sparks fly and love suddenly seems possible. Can a lost and found ferret bring two fractured families together?

Christmas Lovebirds – Rachelle Ayala
Melisa Hart has a soft spot for her brother Connor’s ex-best buddy, Rob Reed, who slept with Connor’s girlfriend. When her pet lovebird is mixed up with Rob’s, Melisa discovers he’s always cared about her. Can two little lovebirds and Christmas cheer open Melisa’s heart to giving Rob another chance?

Christmas on Cougar Mountain – Nancy Radke
Hard-working Zoey is dedicated to helping children learn, and has built her business to the neglect of having a family. When she rescues a dog on the freeway, she discovers that the escape artist brings a family with him, including a boy she would like to help, and as love grows, a man she would like to keep. But will Kellen ever trust her to help his son, much less give her his heart? 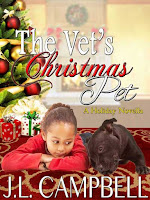 The Vet’s Christmas Pet – J.L. Campbell
The last thing Toni wants for Christmas is more responsibility, but her daughter has other ideas. A near accident not only brings them a dog in need of a home, but Matthias Laing, who Toni would prefer to keep in the past.

Tails, Time, and St. Nick – Mary Leo
Kris Timemaker has inherited a magical clock. Using the clock’s magic for anyone other than St. Nick on Christmas Eve has some grave consequences, but when his daughter’s beloved Westie goes missing, and his estranged wife asks for his help, Kris has no choice but to take a chance with time and try to win back his family in the process.

Graced – Jade Kerrion
Connor Bradley doesn’t have time for distractions, not while juggling single parenthood and his clinic on five hours of sleep a night. He most certainly doesn’t have time for Noelle, the high school flirt, who is prettier and more irresistible than he remembers. When Noelle’s father’s heart attack derails Connor’s plans for his first Christmas without his wife, Noelle wants to save the day for his adorable children, but can she also find her way into Connor’s guarded heart?

Unexpected Gift – Chantel Rhondeau
Aspiring decorator Cali Johnson moves to New York City—lonely, afraid, and far from home during the holidays. When she finds a lost cat in her apartment building, she strikes up an odd friendship with his reclusive owner, Marcus Ritz. If only she knew what he was hiding.

Minty’s Kiss – P.C. Zick
When newly divorced Molly retreats to a family cabin with Gracie, her ten-year-old daughter, she’s surprised to find her childhood crush, Nick, still living in the area. Can a small kitty named Minty help Gracie accept the love developing between Nick and Molly in time for her first Christmas in the mountains of North Carolina?

The Christmas Wish – Michele Shriver
Ashley McLaughlin is struggling to move on from her husband’s infidelity. Brennan wants to make amends for his transgression. Their young daughter, Hayley, has only one wish for Christmas- for her family to be together again. When Hayley suffers a head injury after a fall from her horse, will it help her get her wish? Or do the wounds from Brennan’s betrayal run too deep for Ashley to forgive?

Dante’s Gift – Aubrey Wynne
Seventy years ago, a collie mix brought two hearts together in war torn Italy. Will their story help their grandson find his own Christmas love?

Mavy’s Christmas Miracle – Sharon Coady
Anne Hurd returns to the Pocono’s to help her elderly grandfather. Six years earlier Kyle Shafer disappeared from her life. She rescues a kitten, takes her to a vet who turns out to be Kyle. Kyle can’t believe Anne walked back into his life. Will he scare her away, or will she give him another chance? Kyle decides to take a chance and try for the love he gave up on.

An Impossible Rescue – Annamaria Bazzi
Christmas is no joy for Julia who’s gambling husband comes around only to ask for money. When a handsome stranger and his cute Pomeranian puppy moves in next door, Julia feels guilty for their mutual attraction.Michael’s not the rescuing type, but when he spies Julia’s husband haranguing her for holiday cash, anger flares and he is determined to rescue Julia from another miserable Christmas. 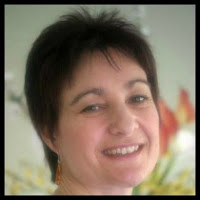 Helen Scott Taylor
New York Times and USA Today bestselling author, Helen Scott Taylor, had her first book released in 2009. The Magic Knot, won the American Title contest, was a Golden Heart® finalist, and was chosen as one of Booklist’s top ten romances of 2009. Since then, she has published other novels, novellas, and short stories in both the UK and USA. Her published works have been finalists in a number of contests including the Holt Medallion, the Lories, the Prism Contest, the Write Touch Award and the Maggies. 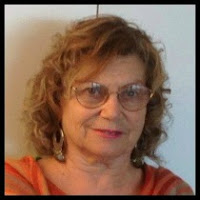 Mona Risk
New York Times and USA Today bestselling author, Mona Risk, recently received an Outstanding Achiever Award from Affaire de Coeur Magazine. Her name has often been posted on the Amazon.com 100 Most Popular Authors in Romance list. She’s a two time winner of Best Contemporary Romance of the Year from Readers Favorite; a winner of Best Romance Novel of the Year from Preditors & Editors Readers Poll; and an EPIC Award finalist. 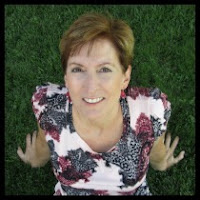 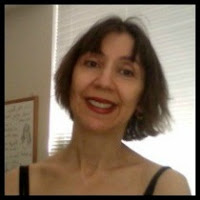 Alicia Street
USA Today bestselling author Alicia Street is a Daphne du Maurier award-winner. She writes both sweet and steamier romances and sometimes collaborates with her husband, Roy. She spent many years as a dancer, choreographer, and teacher and is a compulsive reader of every genre. Alicia grew up with dogs and cats and could not imagine living without furry pals. 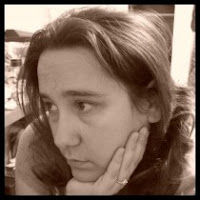 Nikki Lynn Barrett
USA Today Bestselling author Nikki Lynn Barrett
I’m an avid lover of books. I’ve been writing as far back as I can remember, completing my first “book” by fifth grade in one of those one subject spiral notebooks. I have a passion for music, photography, jewelry and all things creative. I live in Arizona with my husband and son, but dream of being somewhere much colder and stormier. For now, I’ll have to live that life through my characters and stick it out with the summer heat. 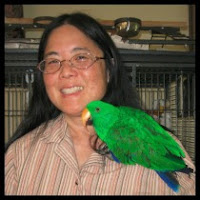 Rachelle Ayala
Bestselling author Rachelle Ayala I love the magic of the Christmas season filled with family and the spirit of giving and helping others. From romantic suspense to sweet contemporaries, I write from my heart and love to include children and pets in my stories. My stories range from steamy to sweet, so be sure to check the reader’s guide at my website. 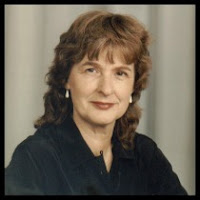 Nancy Radke
Amazon Best-selling author, Nancy Radke, writes modern romance and suspense as well as a Western Pioneer historical series. A former special education teacher, her education background shows when she includes history in her books, or in the case of her novella for this set, reading problems. Her books are G-rated, no sex, no swearing. 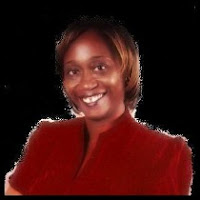 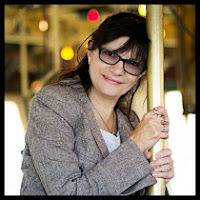 Mary Leo
USA TODAY bestselling author Mary Leo grew up in a complicated Italain family on Chicago’s Southside where she developed the art of storytelling. She writes with ironic humor, a bit of whimsy, some serious drama, and has a longstanding love affair with the American cowboy. 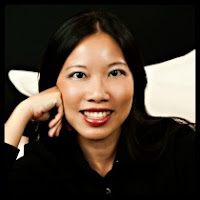 Jade Kerrion
Jade Kerrion writes award-winning and occasionally best-selling science fiction, fantasy, and contemporary novels anchored on unlikely romances you will root for and happy endings you can believe in. Her favorite romance is the Double Helix love triangle between Galahad—the lab-created perfect human being; Danyael—an alpha empath and Galahad’s physical template; and Zara—the woman who can wreak more havoc with love than most people can with hate 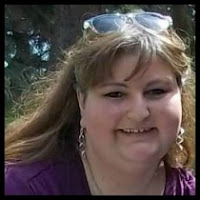 Chantel Rhondeau
Chantel Rhondeau is hooked on romance and suspense. She thinks there’s nothing better than a great mystery, but basically an optimist, Chantel loves a book to end ‘happily ever after.’ When she isn’t writing, Chantel enjoys playing cards with her family, bowling, and snuggling with her four kitty ‘children.’ 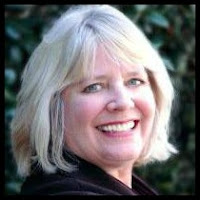 P.C. Zick
P.C. Zick began her writing career in 1998 as a journalist. She’s won various awards for her essays, columns, editorials, articles, and fiction. Today, she writes romance and contemporary literature with her pen drawing plots filled with love, hope, and forgiveness. 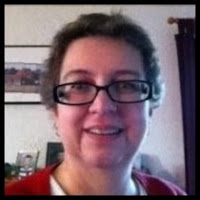 Michele Shriver
Michele Shriver writes women’s fiction and contemporary romance. Her books feature flawed-but-likeable characters in real-life settings. She’s not afraid to break the rules, but never stops believing in happily ever after. Michele counts among her favorite things a good glass of wine, a hockey game, and a sweet and sexy book boyfriend, not necessarily in that order. 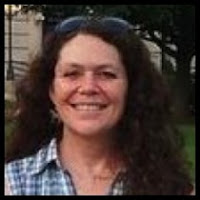 Aubrey Wynne
Award-winning author Aubrey Wynne resides in the Midwest with her husband, dogs, horses, mule and barn cats. She is an elementary teacher by trade, champion of children and animals by conscience, and author by night. Obsessions include history, travel, trail riding and all things Christmas. 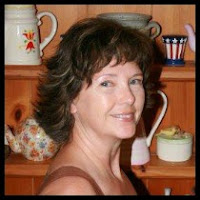 Sharon Coady
Sharon Coady lives in Florida with her husband, three of their daughters and five of their eleven grandchildren. She wrote two books before discovering Romance novels. She has now written a romantic suspense, a romance novella and is currently writing a Christmas novella. She has two published novels. When not working as a nurse for the Veterans Administration or writing she enjoys spending time with her family and riding behind her husband on their Harley. 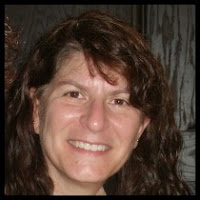 Annamaria Bazzi
Although born in the United States, Annamaria Bazzi spent a great deal of her childhood in Sicily, Italy, in a town called Sciacca. She attended Wayne State University in Detroit Michigan, where she obtained her Bachelor of Science in Computers with a minor in Spanish.  Annamaria spent twenty years programming systems for large corporations, creating innovative solution, and addressing customer problems. During those years, she raised four daughters and one husband. Annamaria lives in Richmond, Virginia with her small family.