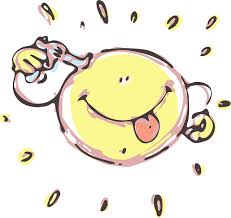 Okay, I’m not sure of the best way to share this with you. If I write it to make myself appear as a foolish, techno-challenge dummy, it wouldn’t really be accurate.
Actually, I am neither challenged nor …ahhh foolish. Well, not when it comes to my writing or anything to do with my career.
Truthfully, after eight years of slogging away, learning everything I can about not only the publishing business but also about computer skills necessary to get my work done, I am most certainly competent… if not above average.
So this makes my story even harder to believe. But believe you must because I will write it exactly as it happened.
Since Dec 4th, I have pushed myself unmercifully to get a full-length book of 60,000 words finished by Dec 31st. This deadline was put forth by a friend, best-selling Amazon author, USA Today, Shannon Mayer, who set up a 10-week Bootcamp for our local group. If we got our work to her no later than Dec 31st, she and her editor offered to read our manuscripts and give feedback for free.
I have no idea how anyone could pass up on such a wonderful proposal, I certainly couldn’t and so even though I had personal commitments (travel, visitors, Christmas holidays and three novellas for the Holiday Heartwarming Trilogy I was desperate to get out as soon as I could in Dec), I still took on the challenge and as of Dec 4th I made sure I wrote at least 2,000 – 3,000 words per day.
Now even though they were willing to accept first drafts, as I’ve written before on my blog, my first drafts are almost clean enough to go to the editor. I do not slather my pages with crap words to be corrected at a later date, I just can’t. (But that’s another discussion.) So, not only had I written these words, I had polished them every day before continuing.
So…Dec 3o th I wrote those wonderful last three words every author loves to add: The Freakin’ End!! And I breathed a sigh of relief. Next day, all I had to do was add the chapter numbers (I write in Word and for each new chapter all I add is the word chapter and fill in the numbers afterward – too many times I’ve switched chapters or taken one out and had to go back and fix all of them so now I wait – another discussion) Can you tell I’m nervous about the ending here and am building you up???
So…next day, I go to open my word file that I left on my desktop and an old file opened instead — the one from the 29th not the 30th. Know that I’d worked like a demon the last day and had written three chapters and close to 4,000 words to finish the story. I’d wanted to have time to clean it up and do a spell-check even.
I went to another place where I had stored a file and just accepted that I had maybe been working on that one, but it too, was from the 29th.

Now I’m getting nervous. My goodness, I know I’d been working on my desk computer the day before but just in case, I went to Dropbox and again, there was a file there but it was still from the 29th. Just by this, you can see that I was anal about saving my work. But I still couldn’t find the work from the 30th.
Then I frantically ran and got my laptop, though I knew it shouldn’t be there – what the hell. Maybe I’d opened it there and forgot. Nope!! I hadn’t
Panicking slightly, prayers starting in my mind, and please God, being whispered. I went to my computer’s left bottom button – the one that’s saved my ass so many times you’d think I’d have learned my lesson – and filled the file name in the search bar and waited. Many copies of my book showed up and I breathed easy. Until, that is, I had opened every one and each time I did, it showed me my files as of the 29th or earlier.
Okay, now I lost it. Trembling, tears starting, I did the last thing I knew to do. I went to the Recycle Bin and opened that. My backend had been saved other times by using this trick and if my desperate prayers were to be answered, I should find the files here. There were three files with the name I was looking for and I swear I opened them all. OMG – it wasn’t there!!!
By now, I have lost it completely. Bawling like the child I thought I’d said good-by to many years ago, tears streaming, I ran to the one person who has saved me from this kind of situation many times – but that was before I had learned so well from him that I was able to look after circumstances like these myself. Still, I needed him to stop me from slicing my wrists… Okay, so I was hysterical. Can you blame me? I had given up so much sleep, so many hours to meet this challenge…
My guy, who’s a very calm man, didn’t know whether to grab me Kleenex, hug me or run into the office. Smart man that he is headed straight for the computer and began doing everything I had already done – TWICE!
By the time he’d finished checking the file search and went to the recycle bin, I had given up. I mean, I knew there were only three files there and I had checked them all. I did… I DID!!
I’m sitting beside him feeling my last hope fade and tears started again. I just knew that I couldn’t ever rewrite those final chapters to be anywhere near as good as the ones I had already created. They’d never be the same. Oh my goodness, I felt so heartbroken.
He opened the first two, and just as I had known, they were the same ones I’d found.
But… then he opened the third and there was my beautiful manuscript with the most wonderful words at the top – Dec 30th– word count 59,930.
Now you might have your own idea of how this happened and I wouldn’t argue with that. But I know that I checked all three of those files.
I did….I really DID!!
Myself, I firmly believe that all my “Please God” and prayers summoned my guardian angel and she decided to give me a break.
I believe that.
Well of course I do…. Just look up and see what I named my blog. 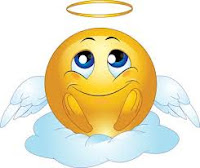