Jack Who
by
Lisa Gillis
Amazon﻿ 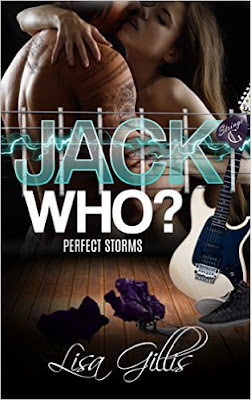 Excerpt:
Halting at the end of the hallway, she took in Jack
sprawled on the couch. Just like last night, he looked as if he had occupied
that spot a hundred times over. Despite the angry sparks flying between them
last night, all day long, sparks of a different kind had kindled between them.
Their flirtatious behavior had been rampant enough that even Tristan, an
oblivious innocent child, had noticed a couple of times.
Now, intermittent splashes and happy hums sounded
from the bathroom. Their son was occupied, and before she could talk herself
out of the impulse, she went with it. Ignoring Jack’s perplexed look when she
advanced so quickly, she dropped to the couch. With first one knee, and then
the other, she straddled him. Using her weight to hold him, she closed each of
her hands vice-like on his upper arms.
“Mmh, Mariss, what’s up…” In keeping with the
surreal day, a day that felt like they were a couple, a family, the husky,
sensual pitch of his words did not let her down.
“Paybacks.” Readily, she spoke against his lips.
Her tongue traced his lips, teasing the corners, and
her teeth tugged at his bottom one. A deep rumble in his throat drove her to
deepen the kiss, and he remained compliant, participating without taking over.
It was fun and fiery being the one to plunder, to pace things, and she kissed
and kissed, staring into those dark eyes whenever their eyes would blink open
at the same time.
When she was able to speak, she softly jeered, “You
have fun by yourself last night?”
Surprise widened his eyes, but he didn’t miss a beat
of this new verbal game. “Yeah. I did. Told you, I have a good imagination.”
Studying her face in that heated way he had, he taunted right back, “You?”
“Me what?” Her confused inquiry mumbled into the
next kiss. So good. His tongue felt so good… “Mmh…”
The muscles in his arms jumped when she retreated
from his mouth to taste the base of his throat, and instinctively, with last
night’s teasing in the back of her mind, she held him fast, brushing her lips
to a late evening rough jaw as he spoke.
“Did you pick up where we left off? Mariss?”
Indignantly, she straightened and then immediately
dropped her imprisoning weight back to her hands. “I went to sleep!”
“Ouch! That’s cold…” He grumbled, and his eyes fell
longingly to her lips.
“You are cold.” Her reply was chastising, but she
couldn’t refuse the kiss he wanted, and she returned her mouth to his.
“I feel hot…” The whisper opened his lips, and her
tongue seized the opportunity to slip through again.
This had begun as a game to leave him wanting as he
had done her last night, but it was becoming impossible to pull away. When at
last she managed it, whispering a mocking, “Goodnight Jack,” the biceps beneath
her hand flexed. The amusement in his eyes, and his sudden movement had her
thinking twice about the soundness of her plan.
No matter how quickly she released and attempted to
get away, his reflexes would be faster. The sardonic light in his gaze, as he
assessed her plight, confirmed this.
On a resigned sigh, she breathed, “You’re just going
to grab me, aren’t you?”
“Damn straight,” his soft, husky answer rebounded,
and a smile danced mischievously in his expression, not unlike Tristan’s when
he had once gelled Bally’s hair into spikes.
Choosing that very moment in the hope that he would
not expect her to escape right away, she used her hands as a pivot point to
leap from the couch.
With the swift reflexes of a tiger, he made a
successful grab the second she let up. Like a gator, he promptly rolled, trapping
her between him and the back of the sofa. Vice-like, he pinned her and while
stealing a kiss, draped a leg over hers enough to continue the roll until he
was on top. Wild heartbeats slammed into her rib cage. Already breathless from
the struggle, she completely lost her breath when he continued this kiss.
“Let me up…” She shifted her mouth enough to speak,
and unwilling to gracefully lose, bucked against him for good measure.
“No…Uh uh…” He spoke against her ear. Catching the
lobe between his teeth, he teased it with his tongue.
“Mmh… Now I see why you have a sex consent contract
thing…” Her shameless words were light, but he instantly brought his face back
to hers.
“Mariss, my honey, will you shut up about that
paper…”
‘My honey.’ The endearment sounded so sweet from his
lips, and she searched his face.
Tristan laughed in his playing, the sound echoing
loudly from the tiled bathroom, shattering the spell and busting the brink they
found themselves on. Grudgingly, Jack moved. Sitting up, he stared reflectively
into the stained glass shade of a lamp, and when he spoke, it was not anything
she expected to hear.
“A while back, some girl claimed rape. Turns out
money was all it took to make it go away. She took the first measly offer.”
Hastily, he assured when his eyes took in her face, “I didn’t. I swear.” 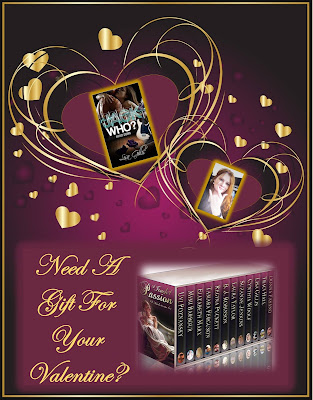