I wanted to talk to you today about box collections.

Some authors – actually many of us – are involved in
this style of publication and for those of you who don’t “get” why we’ve taken
this step; I can help you understand by telling you what made me choose this
route.

First of all, I have tried in numerous ways to reach
out to as many readers as I possibly can. I’ve spent thousands of
dollars over the years in paid promotions. Plus, I’ve devoted a huge number of
hours – I’m talking hundreds – in setting up tweets, Facebook posts and other
sorts of social media. Those who believe this gets you out in front of a lot of
people don’t understand the competition. It’s brutal!

A lot of people might see your book but they
also see hundreds of others.

Then I tried pricing my books low – even free – but
I’m not sure whether that is an enticement anymore. Let’s face it – there’s so
much free stuff out there to choose from.

Then some of the girls decided to follow what the
traditional publishers have done for years. They bonded authors together in
order to put their books into anthologies and collections.

Once the Indie authors ran with this idea, things
changed. Rather than a few books together, sometimes there’s a lot more. And
rather than a regular price for the value given, these books were dumped to the
lowest price possible with the hopes that they would hit the lists and earn
thousands in royalties.

Some of the first ones did…

But like anything that is overdone, it’s not so easy
to get those numbers today.

Now, my personal reason for wanting to be involved
with other authors isn’t so much for the sales – not that it isn’t important – but
because I know that many of these writers have large groups of fans that
support them. And by being in the same collections, I’d hoped that some of
these same readers would find my work and decide they like me too.

It’s a great way of cross-promotion and can work brilliantly. With everyone putting in their portion of money for the budget, it can also be a way of getting a lot more exposure working for you in a way you could probably not afford to do alone.

Once you’ve decided to form a group, one of the most
important steps you must take is deciding who you want to associate with.
Personally, I know there have been times when I’ve joined with other authors
who are stellar in their support. Their work attitudes are similar and they continually
put out tweets, help with the promos, Facebook exposure and cheerfully do whatever
is asked of them. These authors are – GOLDEN!

So, if you are thinking of co-ordinating or joining
a set, trust me about this. To find good helpers, people who care and will strive
to give as much time as possible from their very busy schedule, will make all
the difference to the sales continuing.

The
truth is – every author I know has a demanding schedule. To make a collection
successful, each person whose name is on the cover needs to kick in. Not
everyone can ALL the time. But everyone can do it some of the time. Find those
people and you will have a greater chance to make the collection lucrative and
popular. 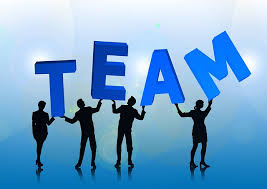