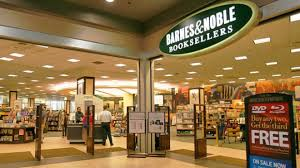 Okay, hang in with me here…
When I think of twitter, I think of a large
bookstore like B&N with thousands and thousands of books everywhere and
customers wandering, searching – hoping for something to catch their eye – maybe
a cover that works or a poster to promote a new release that’s interesting. If
you’re a mediocre author with a big publisher, don’t expect your book to be the
one facing outwards – so let’s hope your spine is fabulous.
Sometimes the shopper stops and picks up the book,
checks the back and if she/he likes what they see, they buy it.
So far, so good…
Now, think of the twitter stream as a virtual
bookstore with hundreds, sometimes thousands of tweets, depending on the number of followers you have, showing full book
covers in the stream. Sometimes, an image catches one’s eye. Other times a
phrase might do the trick. Or even an author’s name might grab attention and
the person clicks on the tweet.
In most cases, the tweet will take them to either a blog
page with more information about the author or even better still, it might take
them to a buy button.
Now those of you who don’t believe that Twitter
sells books, think again. No matter how many physical bookstores your work ends
up in, you can have just as much exposure if you’re active on twitter.
This
is how:
Personally, as Mimi Barbour, I have 18,000 twitter
followers. And the Authors’ Billboard has 3,000. That means there is a
potential for 21,000 people to see my promotional tweets that always have my
covers. And many times with a teaser that not only highlights the cover but
shows a tagline to draw one’s interest.
Now, we all know that every follower will not see
this image, but… neither does every buyer see your book when they wander the
bookstore isles, right?
Okay – so, every time I release a tweet, not only
does it go to my own streams, I automatically get a minimum of 10 – 25 retweets
for most of them because I belong to Roundteam
along with quite a few of the ladies in our Authors Billboard group of 30. We
set up our own hashtag #mgtab and whenever a tweet goes out using that hashtag,
it gets automatically retweeted. So let’s say each tweet gets an average of 20
retweets and those people all have an average of 2,000 followers (and that’s
lowballing it) we now have the reach of another 40,000 people potentially being
able to see those images.
I also have other twitter followers that don’t
belong to the group and they often retweet for me as I do for them. I mustn’t
forget about Triberr. Every time I release a blog post, the title becomes a
tweet and gets shared by many in the vast number of tribes I belong to. This
tends to bring a lot of people to my blog and guess where my book covers are
with buy buttons close by??
Also, I recently joined a Twitter group of about 25
people and in order to belong, you had to have a minimum of 10,000
followers. (Most have a whole lot
more – one lady has 65,000 :-))) She’s my favorite LOL!! Every day, we post the
links to two tweets on a special Facebook page where we all retweet each
other’s tweets. So that makes…(pencil nib
in mouth, lips turning black, gnawing – hummm let’s see now… spit out broken
pencil and reach for smart phone calculator) I think it’s around, give or
take, close to a minimum of – 500,000 chances of more eyeballs seeing my work.
To reiterate – we all know that the streams go by
very quickly on twitter – especially those with more followers. But when you
think of how many books are in a bookstore, think about the number of people who
actually see every single book.
It isn’t possible, right?
So just because you get a traditional contract and
your book appears in bookstores all over the country, there’s no guarantee that
you might sell more than a few each day at each place – if you’re lucky. Then
those beautiful books get pulled after a few months (maybe only weeks) to make
room for the next bunch of product.
But guess what – you can send out the same tweets
over and over for as long as you want and no one will put an end to that form
of exposure. Week after week, month after month, year after year.
Just sayin… 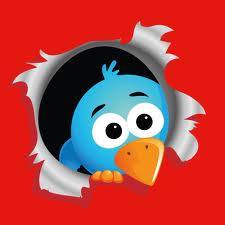