﻿
**You know how sometimes you’re lucky enough to stumble across that
person who is kind and helpful, making life as a lowly author not so isolated
and hard? For me, Caleb Pirtle did just that – made me glad I had taken on this
writing challenge so I could meet up with folks like him. He’s a prince of a
man and has supported me and my career multiple times. Therefore, any way I can
help get the word out to the world about his wonderfully, entertaining books is
something I want to do.

I have read Caleb’s work and it’s damn good. So if you need a book to
keep you intensely captivated, this will be it. I just got my copy. 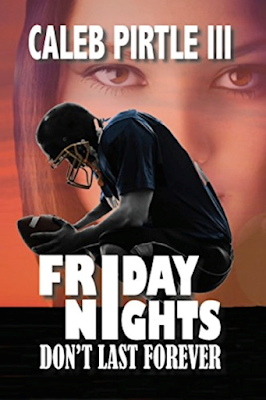 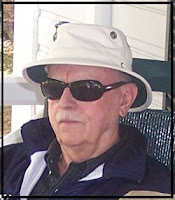 Caleb Pirtle III began his career writing about history and travel. He
learned quickly, however, that what happens is never as important as those who
make it happen. Many of those people have made their way into his novels.

Pirtle is the author of more than 65 published books, including the new noir
suspense thrillers, “Golgotha Connection,” “Secrets of the
Dead,” “Conspiracy of Lies,” and “Night Side of Dark. His
other novels, include “Deadline,” and “Little Lies.” He has
written such award winners as “XIT: The American Cowboy,”
“Callaway Gardens: the Unending Season,” “The Grandest
Day,” “Echoes from Forgotten Streets,” and “Spirit of a
Winner.” His nonfiction works include Gamble in the Devil’s Chalk and No
Experience Required.

He earned a journalism degree from The University of Texas and became the first
student at the university to win the national William Randolph Hearst Award for
feature writing. As a reporter for the Fort Worth Star-Telegram, Pirtle
received both the Texas Headliner’s and Associated Press Awards.He served as
travel editor for Southern Living Magazine, and his travel writing was given
the National Discover America Award three times. For more than two decades,
Pirtle was editorial director for a custom publishing company in Dallas.

He has written three teleplays for network television, including “Gambler
5: Playing for Keeps,” a mini-series for CBS and “The Texas
Rangers” for John Milius and TNT. Because of the success of the CBS
mini-series, Pirtle was asked to write two novels, “Jokers Are Wild”
and “Dead Man’s Hand” for Berkeley. His blogs appear regularly on http://venturegalleries.com .
Visit his website: Venture Galleries
Follow him on Twitter @ventgalleries @CalebPirtle
Follow him on Facebook