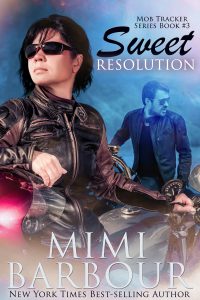 Since her brother Raoul’s murder at the hands of his own gang members, revenge has driven Cass to find answers. Money, hidden by Raoul, is funding her. And tenacity born of hate fuels the relentless need to make those killers pay.

Cass is determined to find the female who was there the night the gang murdered her brother. If the missing woman turns out to be the killer, then she has to pay. Walking the nightly tightrope at the bar where she’s employed, staying out of the clutches of the she-devil boss who wants her, and dealing with the L.A. scumbag who’s taken a dislike to her, the battles are constant. One thing she can’t bear to lose – the affections of the detective whose patience with her stubbornness is fragile. When he’s taken hostage, life goes into an even deeper spiral of conflicts and tension.

Detective Trace McGuire can’t bear to watch the love of his life being sucked into the darkness and dysfunction of the Lipstick Club where she bartends. He wants her free of the nightmare and goes to great lengths to make it happen. But when they take him prisoner, how can he help her?

How can he help himself?