~Her Destiny is to rise above the fall ~ 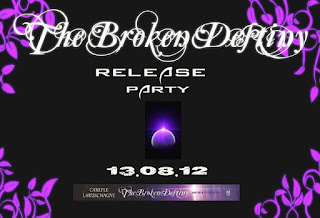 To celebrate the release the debut Novel
The Broken Destiny
One winner will win: 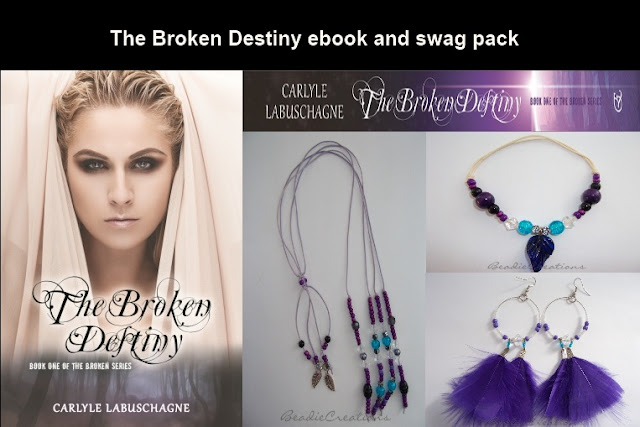 The Broken Destiny
Is the first book in The Broken Series. A cross over between, Science fiction, dystopian and an Urban Fantasy adventure.
Her Destiny is to rise above the fall that threatens her soul. Her soul is the key to unlocking a secret weapon that has been hidden since the time of the ancients. Ava and her kind have been exiled to planet Poseidon after earth’s destruction. Ava carries a secret journal hidden from The Council and The Keepers witch have lead her to believe everything they were told about their origins is a lie. Weeks after  one of her friends go missing, she is saved from and attempted kidnapping by a Minoan boy, the truth of her kind and her prophesied destiny is brought to light. Her destiny is to rise above the fall, to reveal the truth, to save her kind, and expose the lies. Her Destiny starts off with betrayal. Through a series of horrific events she will become what she hates to save the ones she loves. 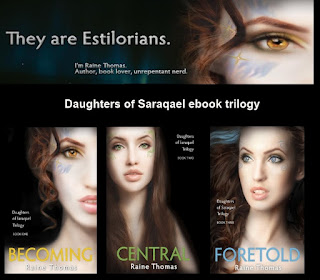 They aren’t gods and goddesses. They aren’t angels. They’re the beings upon which human myths and biblical stories are all based.
They are Estilorians.
Humans and Estilorians once shared the earth. Over time, humans realized they could never have the powers and abilities of the long-lived Estilorians, and began warring against them as well as each other. To save humanity from themselves, the nine Estilorian elders joined together to create their own plane of existence, removing all Estilorians from the human plane and becoming beings of legend.
In so doing, they doomed themselves to an emotionless existence. No happiness or joy. No optimism or hope.
And no love.
Millennia later, their possible salvation comes in the form of three teenage, half-human girls…the daughters of one of their own.
The Daughters of Saraqael.
Dead Radiance and Dead Embers stunning bookmarks 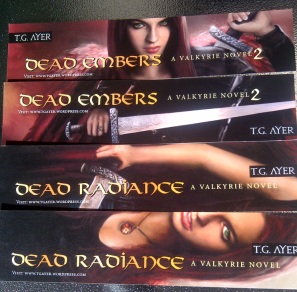 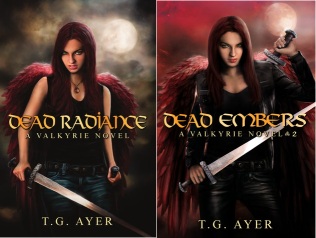 Dead Radiance
That day I knew for sure. I’d lost control of my tears then. They fell in huge, mocking drops. I stared at Joshua through those bitter tears, my heart missing beats as I tried to remember to breathe.

I finally knew what the glow meant.

I was a freak and Joshua was going to die.

Bryn Halbrook had always seen the glow. But it is only when her best friend dies that she discovers the meaning of those beautiful golden auras — Death. Alone, lost in the foster system, she struggles to understand who she is and why she was cursed with the ability to see the soon-to-be-dead.

The new foster kid, Aidan, isn’t helping any. Mr. Perfect seems to fit in no matter what, making her feel even more pathetic. But when his affections turn to her, Bryn finds him hard to resist. Impossible actually. A mystery himself, Aidan disappears, leaving behind a broken heart and a mysterious book that suggests Bryn might not be entirely human.

Enter to win
a Rafflecopter giveaway
You can now vote for The Broken Destiny on Goodreads
Goodreads 2012 YA Debut http://www.goodreads.com/list/show/9748.YA_Debuts_2012#12537426
Giveaway runs until the 20th of August
Follow Carlyle on her
blog http://worldsawaybookblog.blogspot.com/
website http://www.carlylelabuschagne.com/index.html
The Broken Destiny Revealed tour for more awesome prizes http://www.carlylelabuschagne.com/blog-tour.html
~~~~~