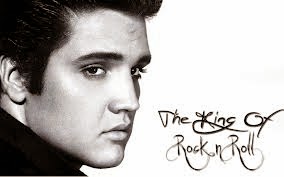 I have to admit to spending a lot of time in the past few months researching the songs Elvis made famous during his incredible career.  *I can’t say I’ve ever enjoyed that particular chore more.* Since my aim is to write stories for some of his songs, the words are important. Listening to them has taken me back in time where I’ve revisited some wonderful memories.

While listening to Love Me Tender, I travelled back in time to 1956. I was very much a tomboy of ten back then, hadn’t even reached those mind-blowing teen years. I’d gone to the local movie theatre near where I lived in Winnipeg. In those days the 10cent admission and 10cent bag of popcorn could only be had once a month as we weren’t all that well off. But, this particular Saturday my favorite actor, Roy Rogers, was on the billing and I had whined my way into my dad’s pockets – he’s still a sweet, giving man.

Off I went with friends and thoroughly enjoyed the cowboys and Native Americans blockbuster. (Sorry – but that just sounds wrong!! 🙂

Because there were two movies back to back, even though I knew I was expected home, I got caught up in the one following the stereotypical western and stayed glued to my seat. Love me Tender was the very first Elvis movie I ever saw. Serious trouble awaited me with my mother, but I remember thinking that watching him would be worth it. I hung out until the last scene where I bawled my eyes out. Totally smitten, my heart now belonging to the boy with the incredible smile, I faced the music. When I tried to explain why I stayed, it flew over their heads like smoke from the cigarettes they both enjoyed. Mom yelled, dad winked – no bigggie:-)

Not long after, it was announced that, on the coming Sunday, Elvis would be appearing on the Ed Sullivan show. For the first time, I ignored my parents when they admonished me to get away from the television, not to sit too close or I could go blind. When he appeared and began to sing Hound Dog, I went berserk. I screeched along with the audience and fell back in a heap at the end. Tears clogged my eyes while I’d watched my fantasized boyfriend appear live. Mom laughed at my performance and Dad grumbled about idiots with ants in their pants.

From that day on, every chance that came my way to get my hands on teen magazines added another photo to my overcrowded wall in the small bedroom I shared with my sister. In fact, I remember one she finally made me take down because she said she felt his eyes watching her while she undressed for bed. It bugged her so much, she’d cover it with a scarf. After she said that, I also began to get the weird sensation he was peeking and down it came.  Hey, I was ten!!!

You know, as much as my young heart adored my idol, I believe I loved his music even more. The rock and roll beat lit a fire in me and still does to this day. My feet can never stay still when I hear that sound. As the years rolled on, I perfected the jive and every chance I got; I’d be bopping with whoever would get on the floor with me – boy or girl. Sometimes even the doorway when I was alone and the rhythm would make me move. Still happens once in a while.  OMG – can’t believe I’m blabbing that.

Moving forward a few years…
When I was thirteen, a year younger than my sister, she had a boyfriend (let’s call it puppy love because all they did was hold hands – things were REALLY different back then). On Christmas day, shy and rather hesitant, he arrived with three of his buddies for backup. He had a present for her that I still have to this day since I took it over as soon as he left. It was an LP of Elvis’s Golden Hits.(My sister was never a huge fan – not like me.)

The best thing about that gift??

I eventually married one of those buddies and he’s still my husband today. 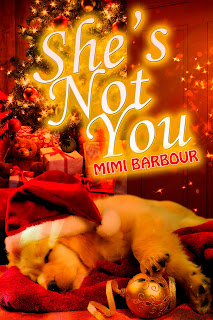 Once there, on the right side under “Liked”
click on the link for

“Stay up to Date”