*****
Fact to remember: Did you know that you should use an adverb as a placeholder in your first draft? Then when you edit, it will remind you that you need to rewrite this line to show the action rather than telling us by adding a word to describe your verb.
As an example…
Embarrassed and tired, Mimi yawned repeatedly.
Another yawn broke free from her control. Stunned, Mimi checked to see if anyone else had noticed. Before she could raise her hand to cover her face, her dry lips parted once again. This time accompanied by a groan. She turned her back to the room and swallowed a few times, hoping this manoeuvre would stem her rude behaviour.
p.s. Forgive me if my example isn’t so great…it’s after 1:00am and I’m pushing my limits…. probably why I chose this as my example. I’m living it J
Another question o f mine was answered during this workshop called “It’s Showtime” by Janice Hardy.
How often should an author “show” actions rather than simply describing them with a tidy adverb as above? I know I’ve read books that draw me right out of the story because we have to slow down and read a long description of the hero or heroine’s emotions or activities. It can get wearing…even if the writer has a great gift for descriptive phrases.
Her answer: Don’t bog the story down and don’t show a scene twice, once is quite enough. Add narrative distance for dramatic effect (wondered, hoped, prayed). And if you have to tell – keep it in the character’s voice.
***** 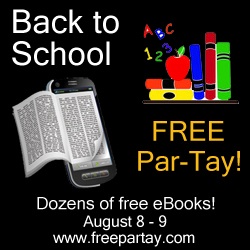 Can you believe it??
A bunch of FREE books are waiting for you to come and find them.
Many different genres and many great indie authors.
Click the button below…
Free Partay
If you like romance, “We’re One” is part of the bunch… 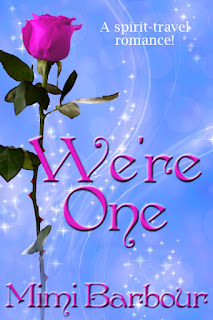 Crystal was a celebrated Vegas star with a strong affinity to the animal world—except for the human male animal, that is. When she uses her trusty baseball bat to change the odds for easygoing Ashley Parks, who was getting beaten in an alley below her apartment window, the two end up having to run for their lives from a killer who wants revenge.
Ashley’s first kiss arouses her and all she wants is for him to do it again, and more – but no strings. All he wants is strings. So he hides her body and kidnaps her spirit to keep her safe. Her reaction to his chivalry…”You bungling idiot!!!? Everything’s changed. It’s you he’s after now.”
****