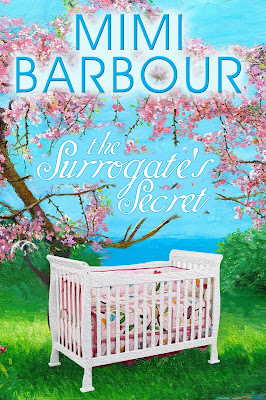 The Surrogate’s Secret – to be released July 15th
Her twins mean the world
to surrogate mother, Sheri O’Connor. Since the donor parents are killed before
their birth, she gladly takes on the responsibility to raise them herself. When
their Chilean Uncle, Miguel Rivera, arrives unexpectedly to take them back to his
country, she unravels and coldly informs him that isn’t going to happen. Because
they’d used her eggs in the process, her claim supersedes anyone else’s. Never
in a million years does she dream that the South American heartstopper wants
her babies so much that he will force her to marry him by threatening to
withhold the money she needs for an operation for her tiny son.
Miguel knows women aren’t
to be trusted. After all, didn’t his devious fiancé give him up for dead and
marry someone else while he spent months being held hostage in the jungles of Columbia?
If his mother hadn’t brought a team to save him and end up getting shot during
the rescue, he wouldn’t be alive. Therefore, if the only thing that can help
his Mamacita from succumbing to her wounds is to adopt his dead brother’s surrogate
children, then he will do anything to see that happen. Even marry the ditzy
blonde whose saving grace is her gorgeous body, beautiful face and her absolute
devotion to her babies.