Today, I decided that I would re-post the first blog I wrote for this site. It explains why I called my blogsite  Believe! and it’s a lovely story. 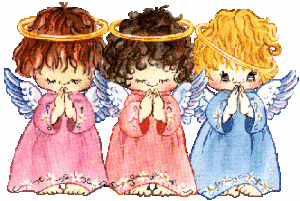 The story I’m about to share is true. I’m writing it in the same way I
would tell it to my closest friends. It’s an experience I’ve never forgotten
and at the time opened my eyes to—shall we say—possibilities!?
A few summers ago, my husband and I were driving down an old highway on
the island where we live. It was a hot day and we’d been spoiling ourselves
with ice cream at a local parlour. Both of us spied the two on the side of the
road at the same time. Before I could get the words “you can’t leave them here”
out of my mouth, he already had the turn signal on and was slowing down near a
slim young woman holding a small toddler in her arms. There was an overloaded
bag near their feet, but no stroller or mode of transportation to push the
little one in, which meant her mother would have had to carry her. Since the
corner they stood near was a type of a junction, we figured they’d been dropped
there and for who knows how long. If damp straggly curls and a fretful baby
were any indication, probably some time.
The back door opened, and thankful emerald eyes shone her delight as
the young woman who we later came to know as Brenna settled herself and the
cute little girl into the back seats of the van. Talking non-stop, she thanked
us repeatedly, while at the same time telling her daughter not to cry and
giving her pieces of fruit she had secreted away in her tote.
Long red curly hair and a pale freckled complexion, along with a thick
brogue convinced us she was of Irish heritage. We’d visited her country a few
years before and had loved the green, the wealth of stories and most of all the
wonderfully welcoming people. It delighted us that this girl looked and sounded
as if she’d just stepped off the plane.
When my husband could get a word in edgewise, he asked her where she
was headed. It turned out that her destination would take us a good hour out of
our way, but knowing Lorne, I had no doubt whatsoever that we would be driving
her straight to where she needed to be.
During the ride, Brenna regaled us with the story of her life and her
troubles. Seemed she’d left her homeland to follow a man who’d promised her the
world and had only delivered a nightmare. Knowing she needed to get herself,
and her now sleeping baby, away from him, she’d gone to a small tourist village
on the other side of the island for a job interview as a cook for a famous
hotel. She knew if she got the position, she would spirit her baby and herself
to a place where her nemesis wouldn’t find them. By working hard, she could
save enough to get them the plane tickets they so desperately needed to go back
home to her family.
Once she realized that we were passing our own turnoff, and that we
were driving her all the way to her destination, tears filled her eyes and
again we were told how kind we were and how grateful she was.
Surprisingly, a few miles passed while silence reigned. Then she spoke
again. “Might I ask you a question?” Her strong accent had finally became
understandable to us as she’d relaxed and talked slower.
“Of course! Ask whatever you wish.” I smiled, and my husband nodded.
“You won’t be laughing at me now, will ya? I have to be knowing?”
We looked at each other, and then I promised for the both of us. “We
won’t laugh.”
“Well then. While I waited on the roadside for a ride, I asked the good
Lord for help. And in no time a’tall, you appeared like the answer to my
prayers. So I’m thinking that God sent his angels to look after us.” As she
spoke the words were tumbling out faster and faster and finally she came to the
point. “Are you angels? After you drop us off, will you be driving off and
disappear into the clouds?”
We didn’t laugh, but the smiles were hard to wipe off. Assurances of
our normality didn’t seem to convince her. And so with hugs and words of
encouragement, we eventually left them to board a ferry that would take them
home. The last we saw was her making the sign of the cross and then kissing her
necklace.
Now you might say to yourself that her comment was quaint or even silly.
However, I thought… could it be possible? Certainly I knew we weren’t angels
but… We’ve all had instances in our lives where someone has come to us at our exact
time of need and helped us through bad patches. Times where what we might have
called instincts or our sixth sense have saved us from accidents or bad
decisions. Most of us put these incidences down to luck or being in the right
place at the right time.
But what if we really do have guardian angels who guide, not only each
individual, but the world around us, steering us towards our personal roads to
happiness as much as we’ll let them? Could her angel have given my husband and
me the hunger for an ice-cream knowing we’d certainly pass the little family
and pick them up?
Should we believe…?
*** Because I really do believe there are forces working on our behalf, I wrote three books using the angel theme. Recently, I put them together in a boxed collection called Angels with Attitudes.
***Do you like HEARTWARMING? How about TEAR – JERKERS? Best of
all do you
CRAVE humor in your LOVE STORIES?? Then you need to buy
this
collection. Three stories that meet all the
criteria…

***Angels are everywhere!!
Heavenly helpers sent to earth to
guide humans through conflicts and
circumstances that can overwhelm. Except the
spirits in these novels have
attitude problems. Some may be cheeky, others kind but
devious – one thing you can count on – they’re all LOVEABLE. 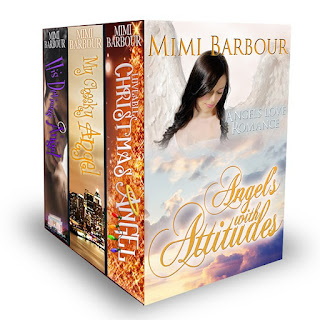