When I first began writing romance books, I was lucky to be working
with a wonderful editor called Nan Swanson and she helped me tremendously.
Guided me as to what I needed to put in that small message and what I could
leave out. And let me tell you, there was a lot I needed to leave out. LOL
I would try and add in every plot, all the conflicts and name all the characters
which made the blurb rambling and not very interesting. It was the same way
with any pitch I wrote. I once memorized ten full pages (double-spaced, thank
goodness) and of course found out the night before my appointment that I really
only needed ten good lines. In other words a blurb!
I guess I always think the more the better – which is totally
wrong. Instead, think high-definition. Think movie trailer. Have you ever gone
to a movie and watched all those previews and were hooked by certain ones that
were so well done that they made you nod and think – I’ve gotta see that show. True,
the scenes flashing before your eyes have captivated you also, but try going
and closing your eyes and see if just the words resonate.
That’s the kind of language you need to think up when writing a back
page blurb. Words that ignite interest, that make you feel. Whether it be fear
or laughter, curiosity or the ‘awww’ factor, if those words created a reaction
inside then you’re swayed …right?
Now try doing the same for your book. For example – when I started my
Vegas series I wasn’t sure whether to stick to the story conflicts about the
rapist or the kidnapping or bank robberies, etc. That sounds exciting and I
could use those power words. Then again, there is a lot of interest in romance
and so should I stick to the romantic elements in the books? I decided to try adding
in both – which is what most authors do.
To weave a good contrast between what the story line is about and the
people who are living through these particular conflicts.
Trust me – Not easy!
Every freakin’ word counts. Writers who can spin out 5,000 words in one
sitting will spend hours on 200 -300 words. Myself, in point form, I write all
the high points of what’s happening within the pages of the novel. Then I
strike out those that aren’t too important, you know the ones I mean. They’re
the scenes that mostly lead up to the big picture. Then I focus on the lines
that are left and try and form them into a blurb as if I was blabbing with a
friend and wanted to tell her about the book I just read. Then I polish it and
send it to the editor. Guess what, this is the part of my work where both
editors ask for the most corrections.
Guess it’s a work in progress for me. I think I’m getting better. It
seems to be coming easier…..sigh!! Just gotta keep working at it.
I still have to admit that I’d rather write a whole new novella than
one of those freakin’ blurbs.
*** 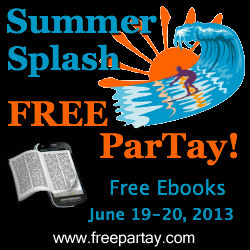 This is the blurb I came up with for Spin the Wheel,
which is one of the books that I’ve put in the
FREE PARTAY
starting today!!
Spin the Wheel, Book #5 for the Vegas series, is
another bridge story introducing Lisa Jordan, Aurora’s partner. Lisa will
be at Aurora and Kai’s wedding and forced to spend the evening with Jeff
Waters, a man whose very presence makes her feel about the same age as Noel, her
three-year-old adopted nephew. Not only can’t she talk with the man around, she
can’t think straight when his gorgeous grey eyes search hers as if he’s trying
to figure her out. Between bank robberies and fighting off a crazed addict, she
has her hands full in this short story.
Jeff is intrigued with the long-legged, curly-haired
beauty who tries so hard to ignore him. When they end up spending the night
together, he knows he’s met the one and only. Now all he has to do is get her
to acknowledge the fact that she really does like him even when she’s sober. 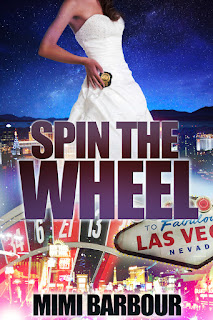 The second book in the partay is called
Grumpy Little Cedar and is my first children’s book. 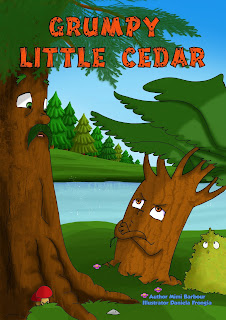 Both these books will be FREE for June 19th & June 20th
Get your copies now!!