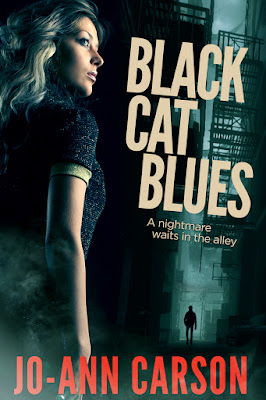 Walking through a dark alley at three-thirty in the morning wasn’t smart, but Maggy Malone didn’t have a choice, or at least not one she liked. A bone-numbing, cold wind off the Salish Sea hit her face as she opened the back door of the Black Cat Blues bar. Pulling her jacket close to her body with one hand, and holding her guitar case in the other, she descended the stairs into the inky darkness of the night. But her first step, she checked over her shoulder.

Vancouver in November—endless grey skies and drizzle. The waning moon slipped behind layers of dark clouds leaving her little light to help her on her way. She quickened her pace. A warm glow beckoned from the street lamp, just a hundred yards away. Her scalp tingled as if a dozen spiders slipped across it. She took a deep breath of the salty night air.

What the hell. She could handle a few minutes of fear. Singing in the best blues bar on the coast had been her life dream. If it meant getting up close and personal with the creepy, back alley on occasion, then so be it. Her shoulders tightened.

Stepping over dirty needles, used condoms and Micky D wrappers left behind by the people who shared the alley, the prostitutes, the addicts and the homeless, she tried not to let the sadness of their lives reach inside her. But the stagnant stench of rotting garbage and urine turned her stomach. If only it would really rain, then the city would be washed clean.

Where are the street people? Usually there’d be one or two around at this time of night, huddled against the cold brick walls with only a blanket to keep out the cold and misfortunes of the night. Something felt wrong. She couldn’t put her finger on it… but something. She looked over her shoulder again. No one.

A chill crawled slowly up her spine. She adjusted the weight of her canvas guitar case into her other hand, and prepared herself to run. She wasn’t sure what she would be running from, but just in case. A woman in an alley has to be ready.

It had been a long night. She should never have descended into this God forsaken alley. Friggen Frank. It was his fault. She took a deep breath, as her eyes darting in every direction. The feeling of darkness, much darker than the night around her kept picking at her senses. Her throat tightened and she couldn’t swallow.

I’m just scaring myself. The lights of the street were only a few yards away. Everything will be fine.

Then she saw the body lying still in a pool of blood. A silvery spike protruded from his chest. Her breath stopped. It was the handsome stranger she had seen in the bar an hour ago. Maggy ran to him.

She checked his breathing. It was shallow, but he was still alive.

She punched 911 into her cell phone.

Waiting for the connection, she yelled into the dark night, “Help.” But no one came running.

Alone with a dying man. Was his murderer close by? No one gets a spike in their chest by accident. Was the murderer watching her? Tiny hairs on the back of her neck rose.

“911. State your emergency.” The operator’s toneless voice cut into the night.

“There’s a man. He’s been stabbed…” Maggy took her scarf off and pressed it on top of his wound around the spike. Could she stop the flow of blood? “Hurry.”

“In the alley behind the…” Her own voice sounded dry and robotic. She needed to get the words out. “The Black Cat Blues bar on Fifth.”

“An ambulance is on the way.”

Maggy looked at the man. Would they make it in time?

“You need to apply pressure to the wound…”

I’m friggen doing that. Bright red blood oozed through the scarf and onto her hand. The man’s face paled as his life force drained out of him. She put down the phone, swallowed hard, and used both hands to apply steady pressure on her scarf. “Hang in there, buddy. Don’t die on me.”

His eyelids moved just a fraction. But they moved.

Swollen and cut, his face looked like it had taken a beaten. She leaned down to listen at his mouth. His breathing was faint and ragged. Seconds ticked by slowly.

Then his lips moved. Maggy leaned in.

“Tell Logan,” he rasped. She waited for him to say more. Pain flooded his eyes. His lips trembled, but no sound came out.

She could barely breathe herself. The man’s life was sliding away in front of her, and there was nothing she could damn well do to stop it. She pressed down anyway, and his blood seeped through her fingers.

“Tell Logan,” he repeated. She bent closer. “The Emer…old…”

He made a horrid gurgling sound and a gush of blood flowed from his mouth. His muscles jerked and quivered. He was fighting to live, as his organs shut down.

As the sound of sirens pierced the night, Maggy sat up and met his dead eyes. Shivers ran through her body. Tears streamed down her face.

“May you find peace,” she said. She closed his eyes and waited. 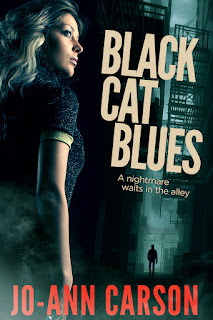