***I wanted to invite Bonnie on the blog for two reasons. She’s a fantastic, multi-published author who knows how to tell a story and keep a reader invested and she’s just joined one of our Freepartays with her Indie book “Body Work.”
Thank
you Mimi, for having me join you here. What I really should call this piece is
“Body Work by Branton” because that is the name of my hero’s business. 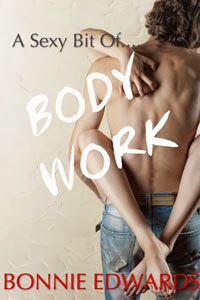 I first met Tyce Branton during a
writer’s exercise. The workshop leader asked us to close our eyes and let a
character walk onto the stage in our minds. In walked Tyce in blue jeans and a
tight t-shirt. His hair was sandy and just long enough to curl. As I looked him
over, he leaned against the hood of a car and crossed his arms and then his
ankles and stared right back at me. I think he may have had a toothpick between
his lips and a devil’s smile in his eyes.

I liked him right away! I knew he was
a mechanic to the stars and the very wealthy. I could imagine his hands smoothing
over a shiny piece of chrome… he made me smile, with his sexy come-hithers, but
I knew things shouldn’t be that easy for him. I just didn’t know yet what would
make him drop that smile…

Months and months (maybe a year or
two) later that same writer asked me what had happened to the mechanic hero I’d
conjured up during her workshop. I closed my eyes again and bang…there he was,
just as I’d left him. But this time, he wouldn’t let me leave without doing
more work.

I gave him a broken heart, but not a
recent one. A healed heart is a cautious heart. A healed heart makes people
think they’re okay, until they’re shaken out of their state of ‘normal.’

I made certain to give him the worst
possible heroine for him. The one who could shake him up the most: the very
same woman who’d walked out on him years earlier, only this time, she seemed
way out of his league.


I took away his smile.

In its place, I gave him anger,
resentment, and bitterness.

But, I also gave him Lisa Brady
Delaney, a girl he remembered all too well. A girl from the very same trailer
park where he grew up. But she’s a wealthy widow now and she needs his help
with her classic car collection.


Tyce and Lisa: two kids from the
trailer park, two people so hot for each other, so angry with each other, that
there’s only one thing they can do: fall in love again.

And guess what? I gave him his smile
back. I guess I’m not so terrible after all.

I hope you enjoy Body Work and let
Tyce and Lisa bring a smile to you, as well.

Tyce Branton wiped his hands on a rag and
settled against the hood of the Cadillac coupe. She had great lines, long and
lean, with headlights that could stall a man’s heart. Lines that could make a
man’s hands itch.

Maybe it wasn’t the car that revved him up
after all. Maybe it was the woman closing the back kitchen door of her Tudor
mansion. Like the Caddy, her color was cream-and-white blonde while the sweep
of her long-lined midsection gave her the look of speed, grace, and agility.

Straight across the courtyard she came.
Her long legs eating the ground, hair flying back just enough to show the pink
lobes of her ears, the Widow Delaney approached the middle bay of the three-car
garage where Tyce stood.

Much younger than even rumor had it, she
was a ripe beauty, made for a man to hold on to. Stretch out over. Sink into.
As he drank in the sight of her purposeful approach, Tyce recognized a familiar
swing to her walk. The set of her shoulders and the light, graceful flow of her
hands by her thighs reminded him of someone.

He straightened immediately, alert to an
inner rhythm he hadn’t felt in years. As her sandals hit the cobblestones, he
felt an answering tattoo in his chest and farther south.

It was as if he’d seen her walk toward him
thousands of times.

But this woman was no recent acquaintance.
He’d never even met the deceased husband. So where and when had he met her?

The sandals she wore had slim straps at
the ankles. Thin, elegant ankles. Rhinestones glittered on the toe straps. Her
legs were smooth and shiny like those of a pampered mistress. Arms loose, her
gait was easy but determined. Her breasts were high, firm, probably fake, while
her head was set in a haughty way that said she was very much the lady of the
manor.

Tilted in just that way, her chin spoke of
determination and pride.

Word was she’d demanded his personal
attention. His hands and no one else’s would do. This bit of information came
straight from the law firm that hired him. No one else’s hands but his. The
lawyer had been adamant. Still, if he’d known this woman before, he couldn’t
place her, didn’t know how she’d come to ask for him.

But he was about to find out.

To
cover his study he struck a match, held it to the cigarette in his mouth, and
kept one eye on the Widow Delaney. From what he’d heard, keeping an eye on the
widow was the smartest thing a man could do. The old guy she’d married had been
taken for a ride.

He
flicked the spent match away, drew on the smoke, and watched as she stuttered
to a stall about five feet away.

“Tyce Branton.” Her voice, husky and soft,
gave him his answer.

His belly dropped, his heart slipped a gear.
“Lisa Brady.” He said her name as a bald statement, devoid of the shock he
felt.

“It’s Lisa Delaney now.” After all these
years, Lisa Brady was where she wanted to be: which was as far away from where
she started as a woman could get. 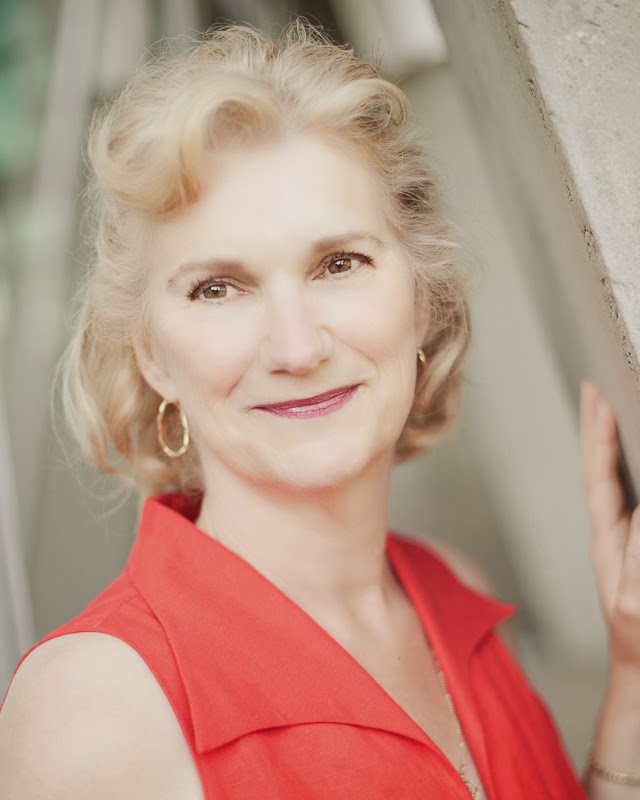 Bonnie Edwards,
a Toronto native, lives with her husband and pets on the rainy coast of British
Columbia. Hiking the nearby woods inspires her earthy, often irreverent love
stories. Occasionally she offers writing classes on line, please check her
website for upcoming sessions. She has written novels, novellas and short
stories for Carina Press, Harlequin, Kensington Books and Robinson (UK).

Writing has
become one of those “be careful what you wish for” curses because once the
challenge of characters, pacing, plot points, and emotional engagement rose
before her, she couldn’t quit. It’s the challenge that compels her to write
every day.

Sometimes her
stories have a paranormal twist, likes curses and ghosts, other times not.  But
they’re always entertaining and guarantee a happy ending.

She loves to
hear from readers through her contact page at www.bonnieedwards.com 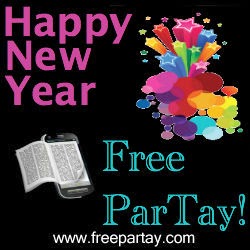 It’s
wonderful to have Bonnie join me on the blog today. Because this is her very
first “Free Partay”,
we have to show her lots of love. So make sure and choose her wonderful book Body
Work as one of your free downloads.
And
while you’re at it…
My
book, Angels with Attitudes, will be featured also. 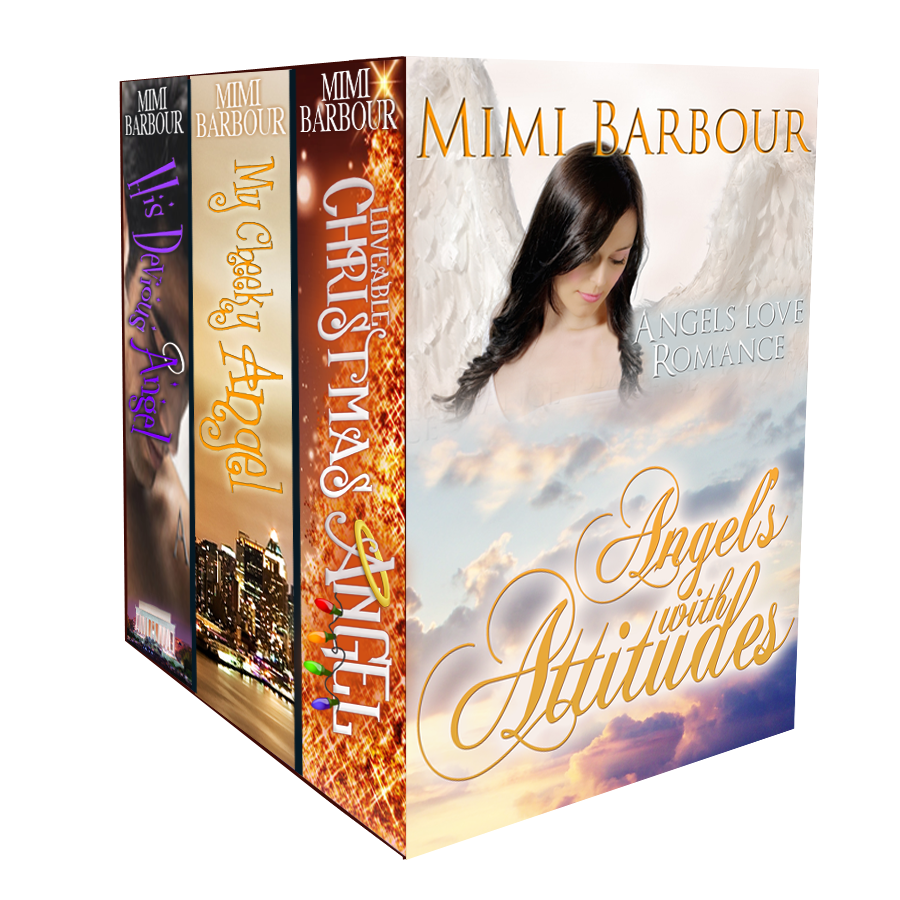