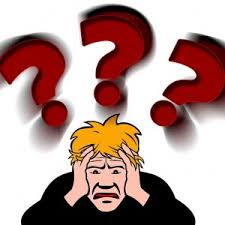 Putting your
books in a lot of different places could do the trick. That makes a lot of
sense, right?

I tried that a
few years ago when I scattered my books over all the various venues like Kobo
and Apple and sat back thinking, okay – now I’ll have a bunch more sales,
things will take off and I’ll be rich…maybe star on the
Oprah show.

I didn’t take
into consideration that it takes time.

Just like it
did when I first joined Amazon and worked my butt off to get the readers to
take a chance with me. I put in the effort and spent scads of money with
numerous promoters and then got busy with self-advertising on Facebook,
Pinterest and Twitter.

And you know
what? It paid off. Things were going well. I could see my sales bloom and every
month, I made more than the month before.

Then along came
Amazon Unlimited and poof!! My bubble burst.

Within a month,
my sales were cut in half. All that work and struggle was lost. Readers flocked
to pay their $9.99 and get free books – as many as they could read.

I did stick it
out for the next few months but I knew the change was there to stay  and
so like many other authors, I decided to try a few of my books on Amazon Select
and see what happened. In no time, I transferred them all to Select and watched
the ‘pages-read’ start to climb.

Slowly, I built
back the profit to where I had been over a year earlier.

But – I learned
something from that bump in the road. I learned that I had no control over what
Amazon or the other publishers might chose to do in the future. I was at their
mercy.

Okay… what’s
the next step?

I had been
involved in a lot of box collections; some did really well, while others barely
paid back their initial investment. When we decided to try the collections in
Select, the sales were much better. But again, nothing’s for certain. Some sets
do really well yet others flop.

Join a group
and work with a lot of other authors with the goal of building the group
so in the end, it serves everyone. Yeah, well it’s a good concept, might be the
perfect answer if everyone
in the group worked as hard as the next guy. I began Authors’ Billboard over a
year ago. Some of the ladies started off being very generous with
their time and found that others weren’t so generous. It’s to be expected –
many are in different circumstances and have that time to share while others
are stretched with young families, full-time jobs and deadlines. But…
eventually, the workers spent less time too.

So… what’s an
author to do?

Getting a
BookBub placement would be nice, especially if you could rely on doing so every
few months. Unfortunately, they don’t seem to want to accept my work. Not sure
why, but it’s been months since they accepted one of my books….yuk!! So, can’t
rely on finding my new readers that way.

It’s true, I
could pay for other promotions and I do – often – but the benefits are
short-lived. And those advertisements can add up where the ROI isn’t
always obvious.

People say you
need your own newsletter. Done that! I have a lovely group of friends/readers
who are very supportive. But how many times can you rely on the same people to
come to your aid unless you have a new book to plug for every newsletter. I
tend to only write newsletters for that reason so I’m already doing that.

I’m active on
most social media platforms. Have stretched myself past where it’s comfortable
and my working hours are ridiculous. Is it paying off?? I’m not sure I want to
find out. It would break my heart to discover that all those hours were just a
waste of time.

Then I got to
thinking, maybe it’s a good idea to find an agent who likes my work, believes
in me and will find me a contract with a publisher. Become a Hybrid author…
hummm!!

Who knows
whether what I write will be accepted? I mean, face it, as an Indie author, I
take a lot of liberties with the rules… make my own. Will that be a problem?
Can I overcome it? Do I want to? I don’t know. What I do know is that there are
a lot of readers out there who don’t know about me and I’m determined to get to
them if it’s possible.

On the other
hand, if you check these mind-blowing stats on Amazon, is it such a
great idea? Look how well Indie authors have done so far…

Do you have any
suggestions?
Have you found
avenues that have worked for you and not for just as a short time gain?