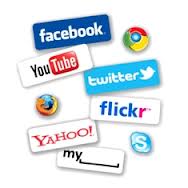 Brand recognition!
I
remember a few years ago hearing this phrase for the first time and wondering
exactly what it meant. I asked different people and got varied and confusing
replies.
One author
told me to think of the Telus ads on television. The ones that featured all
kinds of small animals like frogs, bluebirds and rabbits with the same blurb
under each, “The Future is Friendly”. That’s branding she said.
Another
member in our RWA chapter explained to me that she had branded herself by
designing her website, her bookmarks and even her business cards with
multi-colored polka dots. She wanted her fans to see this image and think of
her.
Ok-ay?
Others
pointed out that many of the better known authors had come up with a special
phrase that described their style of writing sort of like Debbie Macomber offering
stories of relationships and enduring friendships or Susan Elizabeth Philip’s romantic
comedy adventures. This was a form of branding also.
I
guess it made sense, but I still didn’t see why everyone had decided to place
such importance on these types of things because they could and would change
eventually – right? I mean what if a person got tired of polka dots or a writer
decided to change genres from enduring friendships to murder and mayhem?
Because
I couldn’t grasp the importance of this concept, I admit to spending very
little time in trying to brand myself. Until my promoter forced me to look at
my covers and explained that they needed to be uniform in some way because that
would brand the series. Okay! Now that made sense.
The
more she explained about making book covers similar in either the font style or
coloring or maybe a phrase such as the one on my Angels Series “Angels love
Romance” the more familiar it would be to a reader who has already read some of
my work. This made huge sense to me. I finally got it! Branding means becoming
recognizable.
Once
a person discovers you, and your books are easy for them to find because they
either recognize the series by its branding of the covers (see the Vegas
series) or because they now know your name, then you’ve made an impact. If the
work is entertaining and enjoyable, that reader will remain loyal. I won’t say
their allegiance is to your brand, because as an author, I believe it’s more of
a personal journey. It’s about how you’ve influenced them by your work. They
will be faithful to anyone who provides them with wonderful hours of enjoyment.
Now if you’re Telus
or maybe Tide soap, then loyalty to the brand is a whole different concept.
The Vicarage Bench
is part of the
Indie Book Blowout
and will on sale – Aug 23rd
for
99 cents. 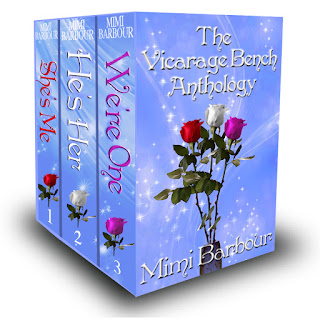