***I’m so pleased to introduce Rebecca York as my guest today. She’s a wonderful author who will be receiving a special award at the RWA convention this year for having published 75 books with Harlequin. And, in truth, must have over 100 in total. Truly a gifted and unique woman whose stories entertain and delight us all!!
I’ve been writing romances all my life, only I didn’t
know it at first.  Actually, I didn’t
start off writing anything down
because I’m dyslexic, and I had a lot of trouble learning to read.  But I’ve always told stories.  My mom told me that when I could barely
toddle around, I’d go from hydrangea bush to hydrangea bush in my grandma’s
backyard, cupping the flowers and giving them fanciful names.
And when I saw a worm burrowing into the earth in my
aunt’s garden, I said, “Where the merm went?”
I immediately answered my own question.
“The merm went to see another merm.”

By the time I was ten, I was telling romantic-suspense
stories, using my Sandra Sue dolls.
These were the precursors to Barbie. They were little action-figure
girls, without the breasts and the elongated bodies. I’d make up adventures for
them where they were captured by pirates, whisked away to a mountain cabin, or
spirited onto a luxury yacht by a handsome millionaire. The story I’ve written for Ten Brides for Ten Heroes, DESTINATION WEDDING, fits right into
that tradition, only it’s not the hero who kidnaps the heroine.  It’s a rich-as-sin Russian mobster who owns
his own Caribbean island.  He takes
Camille Norland there to marry her against her will, and it’s up to our hero,
Nick Cassidy, to rescue her.  But first
he has to figure out who has taken her and where she’s being held. Then he’s
got to sneak onto the island and wait for his chance to grab her.  He can’t do it before the marriage
ceremony.  But can he wrest Camille away
before the wedding night?  And can the
two of them escape from the island without getting shot?

Camille and Nick have set off sexual sparks since they
first met.  But because Nick works for
her father, he thinks a relationship isn’t appropriate. Also, Nick’s from a
poor, dysfunctional family, and he thinks he’s not good enough for
Camille.  While they’re hiding out from
the mobster, can she make him realize that the two of them belong together?

Since I always write stories with a HEA, you can
probably guess the answer. 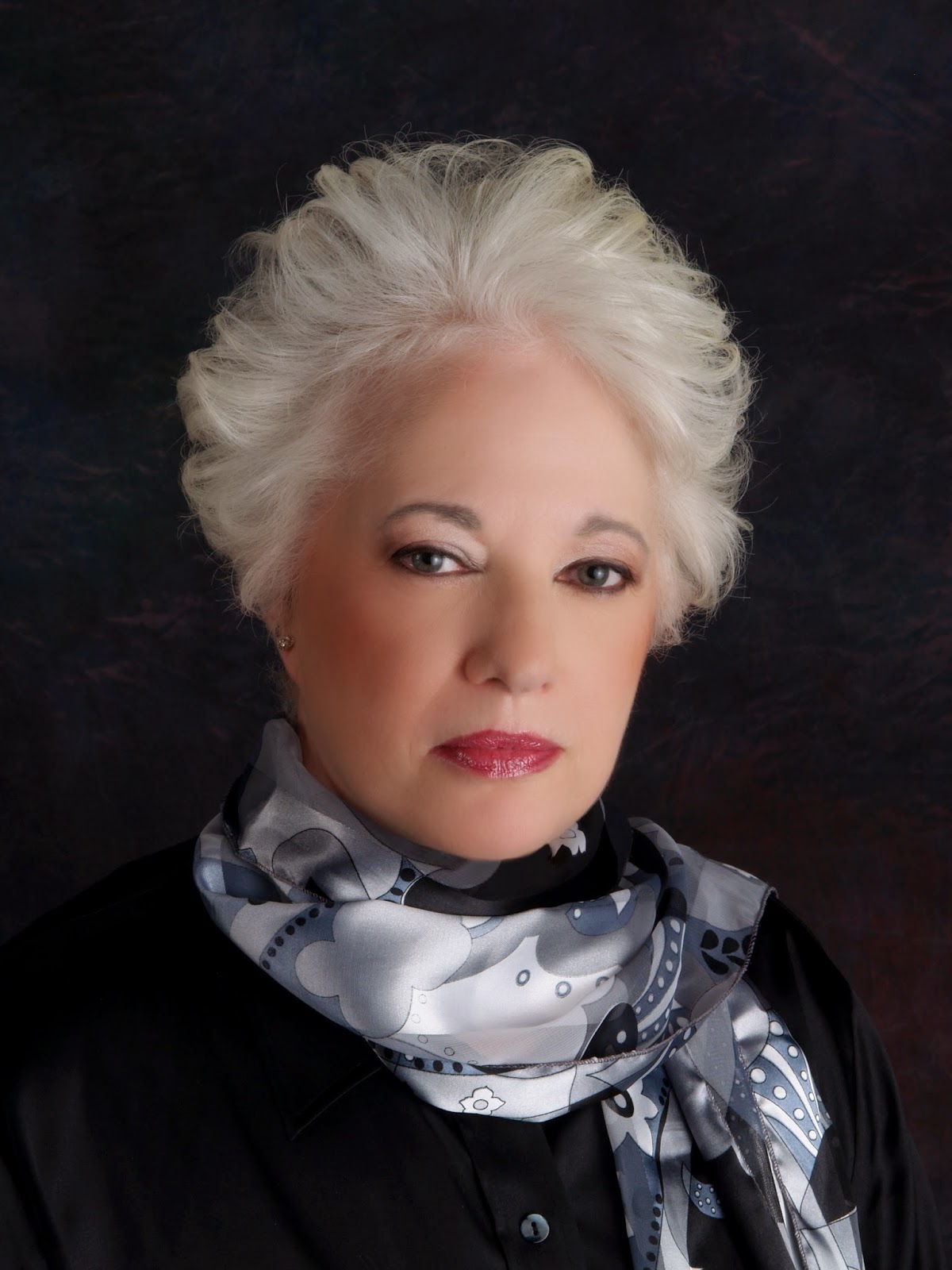 Rebecca York is the author of more than 125 novels and
novellas.  She is a multi-published
romance, romantic suspense, and paranormal romantic suspense writer, with
Silhouette, Harlequin Intrigue, Berkley and Sourcebooks—and occasional excursions
into science-fiction romance, YA, and cookbook writing. She’s now a hybrid
writer, continuing her traditional career while indie-publishing paranormal
romantic suspense, science-fiction romance and cookbooks.  She lives in Maryland with her husband and
four cats, travels frequently, and cooks and gardens for fun.  For more about her, see www.rebeccayork.com .
~~~Also, I want to personally thank Rebecca for all her work in
collating and producing the attractive cookbook that was made for the Ten Brides
for Ten Heroes box set. First she suggested this as a way of promoting the collection
and then she made sure it happened. 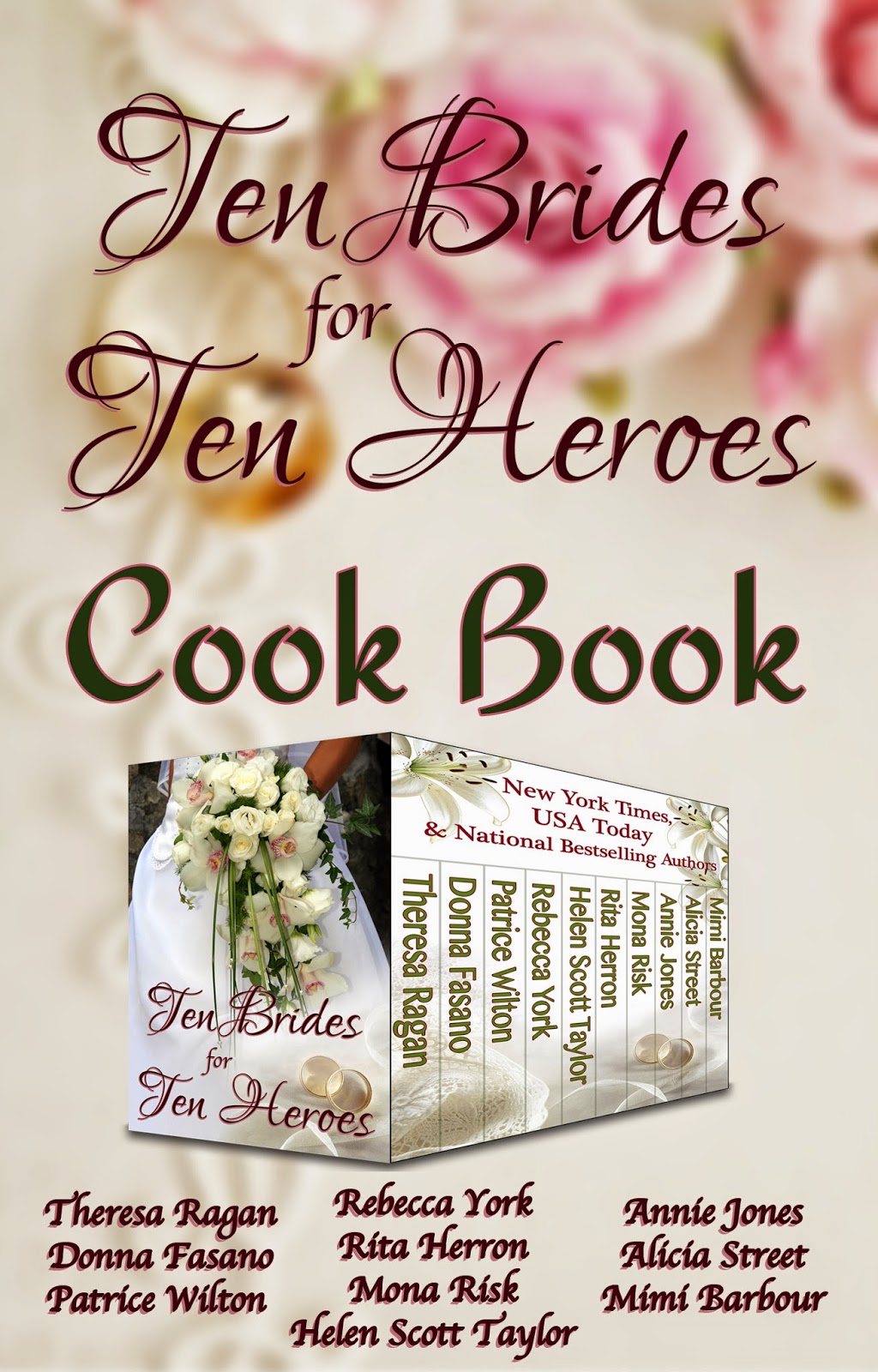 This is our gift to the readers
who have so generously supported us.
Free on Smashwords & iTunes
Please go and get your cookbook now!!
***And make sure and pick up your 99 cent copy of
Ten Brides for Ten Heroes.
AMAZON   APPLE   KOBO   SMASHWORDS
BARNES & NOBLE