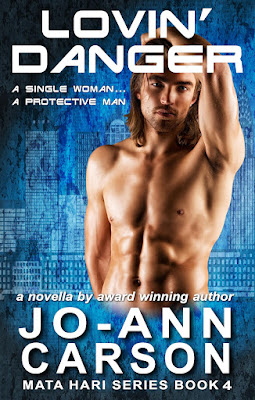 A single woman – A double life

Sadie Stewart, international model by day, CIA operative by night, wants it all: the danger and intrigue of being a spy, the glamour of modeling on the international stage and the love of a good man. But after she survives a second assassination attempt on her life, her world spins out of control.

Art dealer, Sebastian Wilde, a Viking with cool, blue eyes and body of a Norse God wants Sadie safe and by his side. And Sadie’s boss, the infamous master-spy, Jeremiah Cole, demands she follow his orders.

When she faces the assassin alone, she defies both men and risks everything.

… a male operative wearing jeans low enough on his hips to make her eyes linger down there, where no woman likes to be caught looking in public, delivered her mother’s chest. Pulling her eyes up his body, she tried hard not to stall on his killer smile. It should be banned by the Global Warming initiative. She could fault herself at noticing his good looks, but as her best friend Mitch liked to say, “No harm in window shopping.” The man was a gorgeous hunk of humanity.

Looking at him, perhaps too closely, Sadie stood in her doorway, with her right hand on her gun in the pocket of her robe. No makeup, no shoes—a bit of a disaster. She felt drabber than drab. Why did Cole send this Greek God guy?

The answer clicked into her mind: because he wanted to distract her. Get her away from Sebastian. Her mouth broke into a big smile. Nice try Jeremiah.

The man’s green eyes looked her over without apology. Undoubtedly, he knew her code name, Mata Hari, and he had heard stories, possibly many stories about her escapades. The unmistakable, carnal heat in his gaze put the question in the air.

Was she interested in a morning romp with a handsome stranger?

Running a hand through her mane of hair, she gave him a pleasant smile, the kind you give your kid brother when he’s washed your car for you. “Let’s get on with it,” she said. 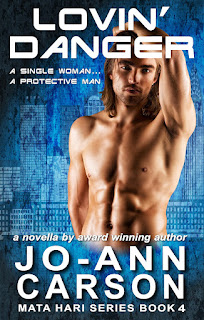 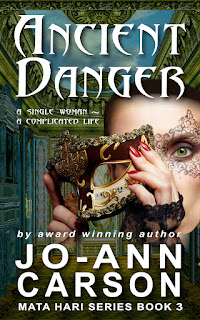 Growing up, she dreamed of traveling the world like James Bond, finding archeological treasures like Indiana Jones, and finding true love. In her Mata Hari Series she combines elements of adventure, danger and steamy romance.