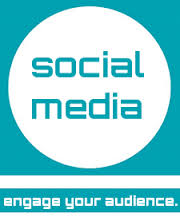 #9
Social media campaigns – are hugely important and it’s
where the bulk of the work comes in for the rest of the authors rather than
just the chief. She needs to be able to rely on everyone kicking in at this
point. That compelling cover needs to be seen by as many people as possible and
multiple times so they finally make the decision to push the buy button.
Needless to say, you need worker bees.
Okay! I can’t ram this home strongly enough.
Think about it. If you have 20 authors who have an
average of between 2 – 4K followers each (for the benefit of this post we’ll say
3K) which adds up to 60,000 followers, the number is overwhelming. We’re not
even discussing retweets. For Summer Fire, we had a hashtag #SummerFire which
most of us added to each tweet and the possibilities for retweets were endless.
And let’s say they all have 600 – 800 likes on their
Facebook pages and 500 friends on their home pages, which – in reality – is
probably a very small amount. Think about the reach those numbers could have. We
all know FB doesn’t allow every one of your likes or friends to see each post
but it still has enormous potential… right?
But… that’s only if every single one of those authors actually puts out those posts
and tweets and then shares and retweets and keeps up that social media thrust for
the length of the time they need to in order to get the numbers of sales to hit
the list.
Unfortunately, though it sounds fantastic, it’s really
a dream.
Many of the people in the group don’t bother much
with Facebook or twitter. They’re busy with their daytime jobs, their families
and trying to get a few words written every day while at the same time cleaning
off their multitude of e-mails.
Others, might put out one or two tweets
periodically, and might even schedule a list of tweets if someone else writes
them up and sends it to their inboxes.
Still others will set up a few Facebook posts, maybe
even put them on the various groups like Titan Author Book
Promotions (14,779  members),  Books (19,946 members)  or  Creative
Designers (340,348 members) where they have a huge number of members to get
more eyes on the advertisements but certainly not all twenty authors will be
doing this equally. It would be phenomenal. Sadly, it didn’t happen.
We had organized events like a Facebook party, a
twitter bash, release blitz where more of an effort was made but nowhere near
the amount that could have been
done. In fact, I doubt a lot of writers even go to these lengths for their own
books.
If you can get a group of authors together who are
dedicated to doing these social media tasks throughout the whole time, the sky’s
the limit! And…I only mentioned two places out of a possible….heck I don’t even know all the numbers.

When I think of the potential…it makes me tingle!!!!