****
For those of you who write suspense, whether they have
romance or not, I did find out a few good facts at a workshop called Criminal
Mistakes by Allison Leotta and Abbie Zidle. 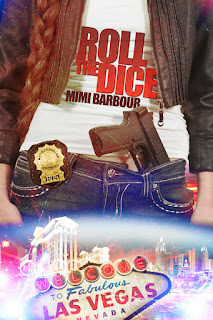 I’m just finishing the final chapters of my first
romantic suspense book called “Roll the Dice” due to be released in
September. Since this genre is completely a new path for me, I knew I needed
all the help I could get. I wanted to ensure that the plots I came up with would
be as authentic as possible. So when I read about this class in the itinerary,
I circled it with a big yellow highlighter and showed up early to get a good
seat.
What a great way to start off the conference! Both women shed light on a lot of misconceptions that the average joe just would have
no way of knowing.
My favorite fact – You won’t get
fingerprints off a gun…not today’s weapons anyway. The metal is textured, and
the oil in your skin won’t leave prints.
Another interesting point – very seldom – okay – almost
never are there vaginal injuries such as bruising in a sexual assault.
And it was brought out that police stations don’t
normally have huge plasma screen TV’s like you see in Hawaii Five-o or some of
the other television serials. (Guess I’ve got to make a few changes after
hearing this little bit of surprising news….sigh!)
The one that made us crack up was that prosecutors
don’t wear stilettos in the courtroom or bosom revealing blouses either. They
don’t want to be seen as sexual objects, but as serious dedicated career women.
Darn those TV producers sure take license. But then again, I guess us authors
do also.
Who moi??
****