Below is my feeble attempt to be different… 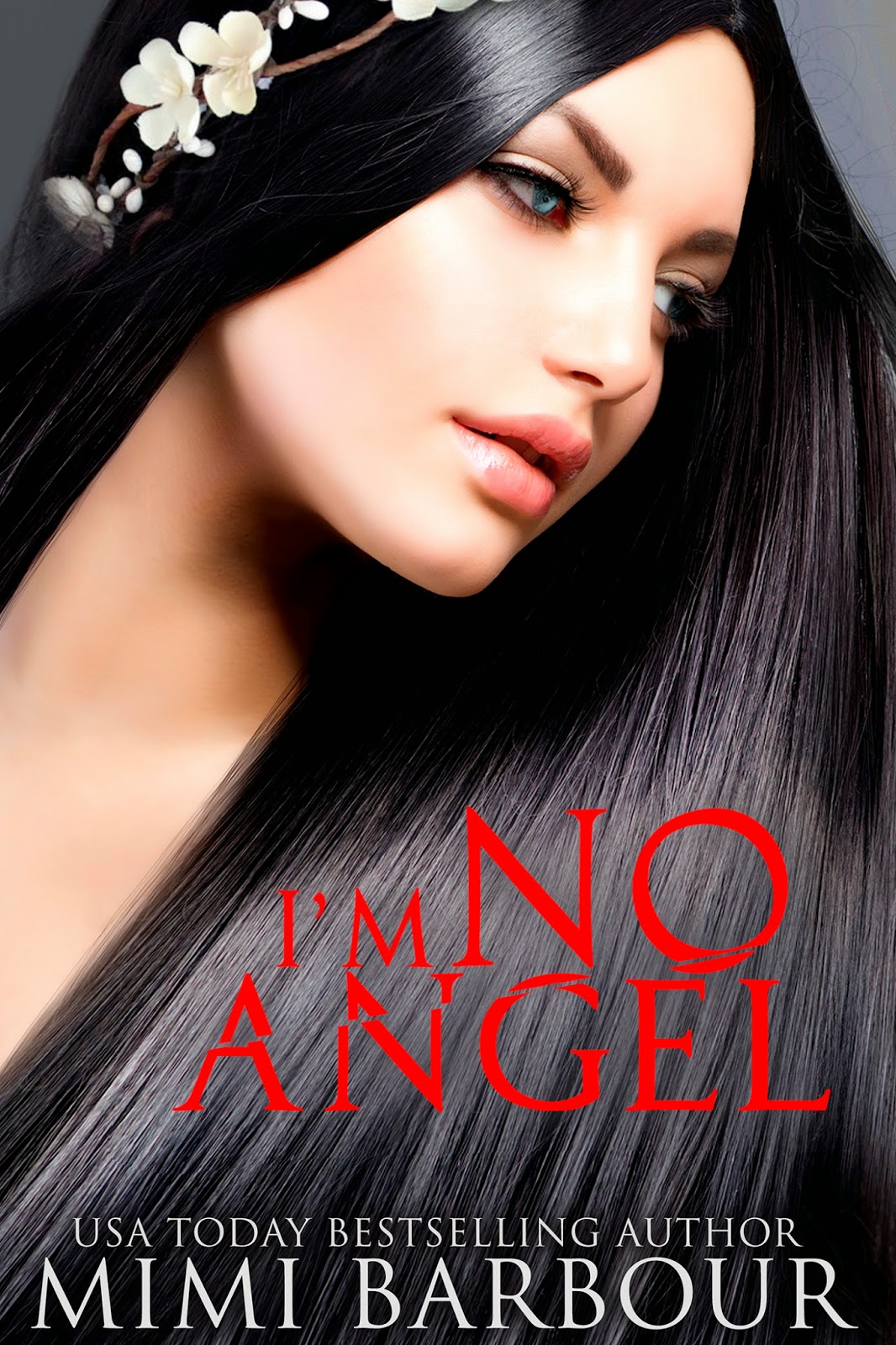 Excerpt:
“Hello? HEL-LO? Miss? Angelina, are
you there? What the hell!”
Hearing the frustration in Joe’s
voice shouting out in the dark helped her to locate the tricky, slippery
object. The stupid thing was almost out of reach, and by the time she’d wiggled
her fingers to coax it nearer, the fool’s voice on the other end was all but
deafening.
Using his own words back on him,
Angelina crooned, “Calm down, Joe. Don’t panic. I merely dropped the phone.”
First there was an electrified quiet,
and then loudly, sarcastically, he answered, “Don’t lose the phone, girl. It’s
our only means of communication at this point.”
Oh! He was
getting to her!
“We’re working hard to get to you.”
Trust me–you
are!
“If you get scared, call through to
Emergency and they’ll link us up. Otherwise, try to stay calm and we’ll be
there before you know it. We now have the floor plans and we’re clearing our
way to you. We’ll have to shore up a lot of the weak places, and the stairs
might take a while to clear out, but the first two floors aren’t that badly
damaged. Seems the top floor where you are took the worst of it.”
Cooling down, she answered in the
same finicky, blunt tone as he used. “I understand. We’ll be here waiting.”
“Yeah! I kinda figured so. Stay calm.
It shouldn’t be too long.” Then he hung up.
In a bit of a nasty copycat whisper,
she mimicked, “Stay calm, don’t panic.” Got
it!
Guilt set in quickly. What was wrong
with her? Her attitude stank, and it wasn’t like her at all. She really did
feel thankful knowing Dr. Joe was coming for them. He was her connection to
reality and safety—even if he bugged the hell out of her.
***
Another hour of anxiety and
discomfort passed, leaving Angelina dazed, dozy and thirsty. The noises of the
workmen below were like a magical salve to her panic; that and the fact that
the aftershocks were waning to short rumbles with no real force.
Finally, her phone rang again. This
time, prepared, she answered without any mishaps.
“It’s me, Angel. How are things on
your end? Did you feel the last couple of aftershocks?”
This gringo had a lot of nerve making
free with her family’s pet name for her, the one she hated. She’d never met the
man. On the other hand, he was her rescuer, and upsetting him at this time
probably wasn’t such a good idea.
“Yes, but they were relatively light
ones, and changed nothing in here. I’ve not heard anything from Coralee for a
while. I’m very worried. I keep calling, but she hasn’t answered. Please hurry,
Joe. I am afraid she’s hurt worse than she let on.” If he could call her by her
first name, she could repay the compliment.
“We’re almost to her now. It won’t be
long, you can bet on it. Hang in there, sweetheart. Be with you soon. Bye!”
Sweetheart? Was there no end to his
audacity? The deep timbre of his voice zinged along her nerve endings, tantalizing
them. Intrigued, she began to look forward to their meeting.
Sometime later, Angelina woke from a
doze to the distinct sounds of the workers in action, filtering through the
murkiness. She glowed as she heard Coralee chatting with her rescuers. Hearing
their laughter brought immediate relief. It would be just a matter of time
before they’d come for her.
Fluttery palpitations exploded in her
chest. She wriggled her hands and took deep breaths. The anxieties she’d
suffered throughout the ordeal had taken their toll. Bravery be dammed, she
could relax now.
A longed-for voice came to her from
the darkness, “It’s okay, Angel. We’re almost with you,” Joe reassured her.
Shaking out of a momentary stupor,
she cleared her throat, and in a raspy voice answered, “Good,” and a few
seconds later, “thank you.”
Another aftershock gave one last good
shake as if to warn of the still powerful possibilities. It gentled at the
exact moment Angelina looked up into a brilliant, riveting light. Like a doe
caught in approaching headlights, the glow all but blinded her. The light moved
closer, and then was raised so it stopped shining in her face.
“Hello, Angel.” A man smiled, white
teeth gleaming in the dimness.
Joe, her savior in rescue gear, had
the most wonderful piercing green eyes she’d ever seen beyond those of her
grandmother’s rangy, slumming tomcat.
***

Her father might think she’s an angel but she knows the truth!
Angelina Serrano is determined to prove to her two bossy brothers and especially her doting Papá that she not only has the skills, but the gumption to work with them in family accounting firm in Santiago, Chile. To do this, she makes a bargain with her father, that in two years, she will have opened her own firm in Victoria, Canada and paid off the majority of its debt. But what’s a girl going to do when two months before the deadline, an unforeseen earthquake, a sassy teenage runaway and a charge of theft are obstacles she’s forced to overcome. Top that with her meeting the most dangerous complication of all, a handsome Search & Rescue hero with cat-green eyes full of pure temptation and a tendency to screw up whenever he’s near her. After saving the man time and again, she’s wild for him only he’s skittish and proves to be her biggest hurdle.

Search & Rescue worker, Dr. Joe Davidson, has never had a victim save him before and the fact that this South American beauty comes through for him three times is a large burr in his backside. This Angel is no plaything like his other conquests but he’ll never be caught in the marriage trap like his five, hen-pecked brothers. If only he can stay away from her long enough so his disloyal body and the fierce hunger eating away his willpower will accept that she’s off-limits.