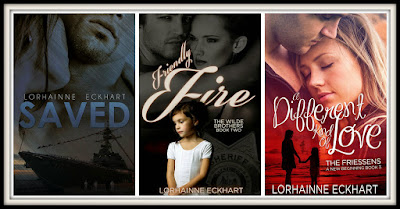 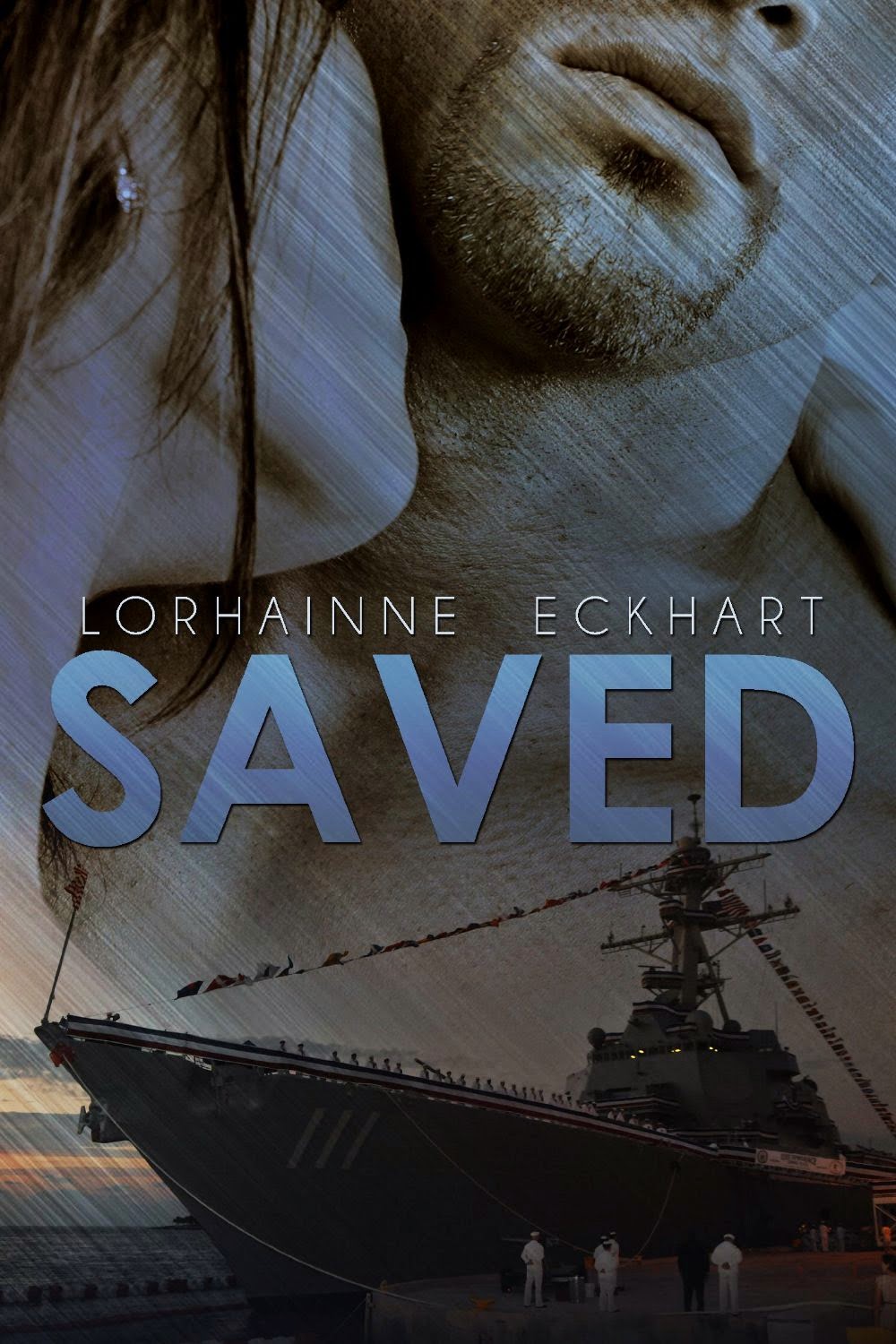 Synopsis
Growing up I had dreams that one day I’d fall in love, get married and start a family. Then one night I was taken.
But I survived, I escaped and I was saved. Eric didn’t see me as damaged. He didn’t see my baby as a monster. He protected me, he kept me safe … he saved me. 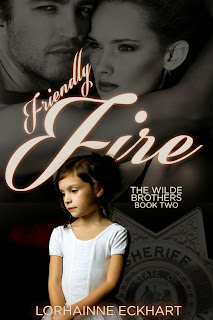 Synopsis
In FRIENDLY FIRE, after a roadside bomb ends his career in the marines, Logan Wilde struggles to put his life back together. When he takes a job as a sheriff in a small Idaho town, he expects a quiet, peaceful life that will bore him to tears. However, Logan hides a painful secret: He suffers from sleepless nights and flashbacks that come out of nowhere, and anything can be a trigger.
From the moment the new sheriff walks through the door of Julia Cooper’s cafe, she fights the attraction between them, especially after Logan shoots a carafe right from her hands when he’s startled by a car backfiring in the street outside. Julia has seen that wild look before: She saw it in her father’s eyes right before he shoved a gun to his head and killed himself.
Julia decides she needs to meet someone average, someone who has never handled a gun. Everyone is convinced that her daughter’s teacher is the perfect match for her, but when she’s with him, she misses the sparks that always sizzle between her and Logan—and when her daughter goes missing, it’s Logan who’s there for her, Logan who searches with her, and Logan she leans on.
Worse, Logan suspects that the teacher knows something about the disappearance, and he may not be the safe, dependable guy Julia believes him to be. 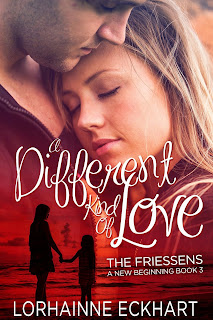 Synopsis
From USA Today Bestselling Author Lorhainne Eckhart comes A Different Kind of Love, the next book in, The Friessens: A New Beginning, this romantic family saga.
A Different Kind of Love brings back the couple that started it all: Brad and Emily. You fell in love with them in The Forgotten Child. Now, years later, they face an entirely new set of challenges with their preteen autistic boy when his mother, Crystal, returns. She wants a relationship with the boy she abandoned–something Brad and Emily never expected. She says she’s changed, but can the Friessens believe her? 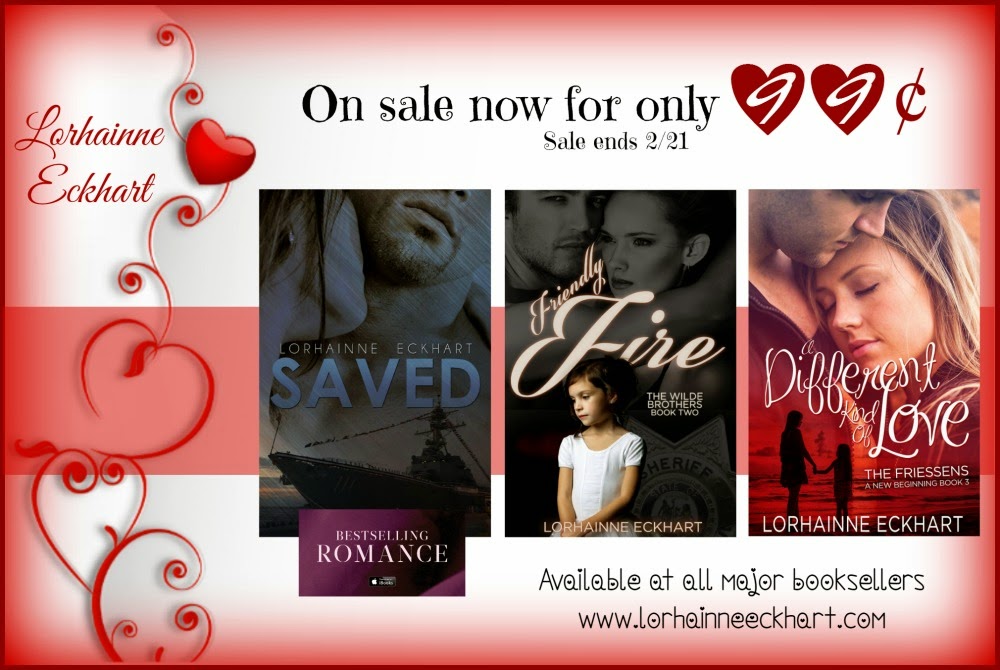