You might wonder why I ask this question. Well, I will
tell you about my views on the subject.
You see, this year I wrote a Christmas Trilogy
called Holiday Heartwarmers. 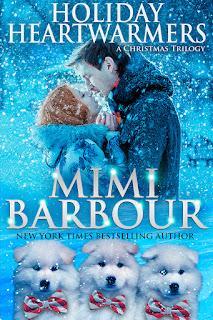 To
begin with, I thought it a brilliant idea. In the back of my mind when I first
came up with the idea, I’d decided if I was invited to be in any Christmas box
collections, I’d have lots of material. Turns out, I refused most of those commitments
because I finally accepted that, in the end, they were just too much work for the questionable benefits.
Still, I figured I’d have three lovely novellas that
I could eventually combine under one cover and sell it as my own box set so I
continued with the work. Also, I could release them individually and sell them that
way to begin with. My first one came out at Amazon on  Nov10th called Please Keep Me. 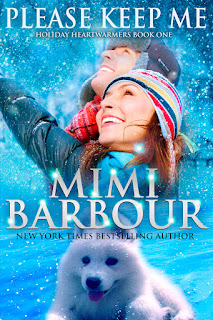 Sounds like a good plan, right?
Wrong!
Dumb!!
First of all, I hadn’t given much thought to just
how long it would take. Thinking that three novellas of about 20,000 words
would be the same as writing one full-length 60,000 word novel was ludicrous.
First of all, I had to come up with three different plots all based on the
stories for three different sets of characters.
Since I’d set them in one place called Carlton Grove,
a town I’d invented, and created each story around three puppies abandoned at
the beginning, I figured it would be easy.
Not so.
It actually took a lot longer and cost a lot more. I
had to have four covers designed, not just the one. I also had to have each
book edited by my various people and that all took a lot longer than if I’d
sent away one manuscript and dealt with it as usual.
You’re probably asking… Do I like the outcome? Sure.
The books are beautiful. Each cover seemed better than the last. The puppies
were hoot to write about and meeting each set of new characters was fun.
Would I do it again?
Not a chance.
***Book #2 called Snow Pup will be released on the weekend and Find Me a Home is at the editors right now.