I’m behind the bar on this one, but I have to honestly
admit it was a new phenomenon to me.
Okay – I’ll explain.
For quite some time, I noticed that some of my fellow
twitter friends, specifically those in hashtag groups, were getting huge numbers of
retweets. Green with envy, I’d made up my mind to write to one of my closer
friends and ask how this was occurring. But, as we all know, intending to do
something and actually following through are two different things.
You’re right! I never got around to it…. Sigh!!! I meant to….really!
It was on my list. Yeah, yeah!!!! Whatever…
Then one day, yattering back and forth with some of
the authors in a box collection I’m with, one of the girls mentioned that we
should do a series of retweets with a specific hashtag which we could set up
just for that set. It’s called A
Touch of Passion and we were lucky enough to find that #ATOP was available.
So we nabbed it, went to Twubs
and registered the hashtag and we were off.
In one day, twelve of us (I’m taking for granted
that all the authors participated) set up various tweets (as per the instructions below) using that hashtag.
According to our co-ordinator, we made something like 19 sales more than the
average we’d normally make in a day. Taking that as a sign they had worked, I
mentioned how I wished there were groups that focused on just this type of support and… lo and behold,
a couple of the ladies just happened to be in such a group.
In fact, it turned out to be the same group my
friend was in. Now I totally understood how she got so many retweets.
This is  they did:

Note:
Everyone in the list I’m with has covers or pictures included in their tweets
and to add one, when you set up the tweet on twitter, there’s a little camera
you use to do this. Many of the girls are also making images with their covers
embedded and use Photoshop or inexpensive, do-it-yourself places like Canva. I’ll admit to being incompetent when
it comes to this type of advertising, but one day, when I have time….
Yeah,
yeah!

I’m not really all that proud of this image but it is one of my first endeavors using Canva. All it cost me was too much time and a headache! 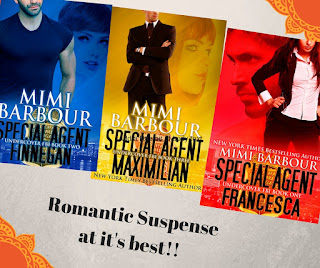 Do you use images in your tweets and Facebook posts?