***
Today one of my favorite authors is here to visit us on
Believe! She writes medieval romances that are so rich with detail on the era that
I feel as if I can close my eyes and visualize what exists in her imagination. Her
incredibly well-rounded characters come alive in each conflict, and in every
romance, which is why I’ve read every book she’s written. Please welcome Anna
Markland.
***
Without conflict there can never be change.
Change very often brings about its own conflict.
Throughout history these truths have manifested
themselves and have brought about some notorious conflicts that have resulted
in ongoing feuds.
Let’s examine some of the more famous ones.
Elizabeth I and Mary Queen of Scots were rivals, at
least in Elizabeth’s mind. After imprisoning her cousin Mary for almost two
decades, Elizabeth condemned her to death when evidence of an assassination
plot was uncovered. Mary was beheaded in February 1587.
Alexander Hamilton and Aaron Burr. Tensions simmered
for years between the bitter political and personal rivals, culminating in a
duel on the morning of July 11, 1804. Hamilton, the former Secretary of the
Treasury, is shot and fatally wounded by Burr, who is, incredibly, the vice
president of the United States at the time.
The Hatfields and McCoys. The supposed theft of a
pig starts the bloody feud that rages for more than a decade between the
Hatfields of West Virginia and the McCoys of Kentucky. The families, who
intermarried in happier times, will jointly lose more than 10 members before
the fighting ends, in 1891. 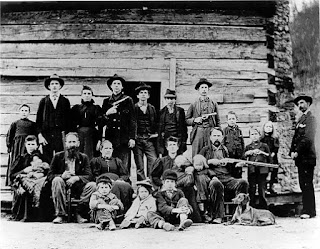 Al
Capone and Bugs Moran. Members of Capone’s gang cap off a
Chicago turf war by machine-gunning six members of Moran’s crew (plus a seventh
victim, who was not a crew member) on Valentine’s Day 1929. Capone,
conveniently on vacation in Florida, is never charged.
Olivia
de Havilland and Joan Fontaine The sisters’ lifelong
strained relationship reaches a breaking point in 1941, when both are nominated
for the Oscar for best actress. Fontaine’s win sparks an all-out feud that the
sisters, now both in their 90s, continue to this day.
You might think that sports rivalries are often taken a little too far, but modern
soccer hooligans and hockey goons pale in comparison to the fans of
Byzantine-era chariot racing, who caused so much carnage that they were nearly
able to overthrow the Emperor Justinian. At the time, chariot racing was the
most popular form of entertainment in Constantinople, and supporters of the two
most popular teams—known as the “Greens” and the “Blues” because of the color
of their uniforms—resembled gangs more than they did sports fans. Chariot
racing was so popular that the rival groups even managed to affect politics,
and they were often known to shout out demands to the Emperor after a big win.
When they weren’t functioning as de facto political parties, members of the
Blues and the Greens engaged in a long-running feud that frequently resulted in
fighting and even murders.
How Did It End?
The feud between the Blues and the Greens reached a fever pitch in 532 AD, when
the infamous Nika Riots broke out after the government attempted to punish
members of the groups for a series of killings perpetrated after an important
chariot race. In a bizarre twist, the two groups briefly put aside their
differences and turned on the Emperor, burning down much of the city and nearly
taking over the rest. But after they were paid off by Justinian—a longtime
supporter of their cause—the Blues turned on the Greens and left them to be
slaughtered. In the ensuing bloodshed, thousands of Greens were killed by the
imperial army.
One of the most notorious feuds in Canada’s history
concerns the “Black” Donnellys, an
Irish immigrant family that drew the ire of an entire town. The family arrived
in Biddulph Township, Ontario in the mid-1840s. At the time, tensions between
different factions of Irish immigrants in the area—among them the
“Whiteboys” and the “Orangemen”—had escalated into an all-out feud, and it
wasn’t long before the Black Donnellys, as they came to be known, had entered
the fray. The Donnellys were already known as a rough-and-tumble lot, but after
showing up in Biddulph their criminal records grew considerably. Members of the
family were arrested for everything from arson and theft to verbal assault, and
it seems that the Donnelly’s bad reputation made them a prime target for the
local law enforcement. Soon, they were regarded as the town menace, and reports
describe a series of beatings, altercations, and livestock murders that
occurred between the Donnellys and various townspeople. The feud was taken to a
new level in 1857, when the family patriarch James Donnelly killed a local man
with a crow bar during a drunken brawl. This set the stage for a bloody
showdown.
How
Did It End? The Donnelly’s feud with Biddulph
Township ended under mysterious and violent circumstances on February 4, 1880.
In the early morning hours an angry mob made up of the Donnelly’s enemies from
in and around Biddulph formed outside their house. The crowd entered the house
and attacked the Donnellys with sticks, shovels, and other blunt objects. They
killed five members of the family, including James and his wife Johannah,
before burning the house to the ground. No one was ever officially charged for
the murders, and to this day the massacre of the Black Donnelly’s remains one
of the most infamous crimes in Canadian history. 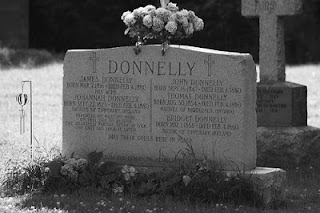 Probably the most famous family feud in literature is the one between the
Montagues and Capulets that results in the tragedy of Romeo and Juliet. 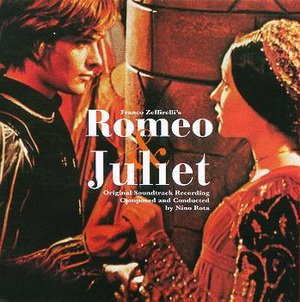 The plot of my medieval romance Passion in the Blood revolves around a similar family feud. There
is one woman that Robert, Count of Montbryce, is forbidden to love. Her family
will stop at nothing to avenge past wrongs.
How
does it end? Most feuds result inevitably in
someone’s death. Suffice it to say my book is a romance, so… 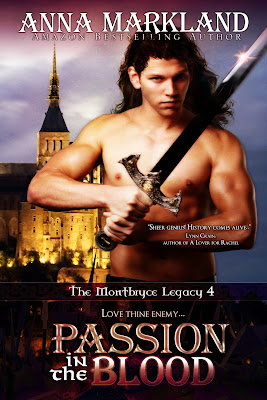 Passion in the Blood is FREE November 20 & 21st from Amazon and Amazon UK.