***
I want to
welcome my friend Gail MacMillan to Believe! Her newest book will be released
today, and we’re celebrating the big event by asking her some personal and
not-too personal questions about her life as an author. I’ve had the privilege
of Beta Reading her book and will tell you that I enjoyed it thoroughly. For
one thing, it’s humorous—which I like. Also, her characters are wonderful, especially
Emma the heroine. But then the hero, Frasier, is pretty darn keep-able also. There’s enough conflict to keep one interested, and a romance to make it perfect. In fact, it just keeps getting better until at the end….well, you don’t want
it to end! 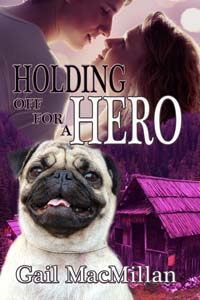 Gail MacMillan www.gailmacmillan.caThree Time Maxwell Medal Winner
From The Wild Rose Press:
Lady & the Beast, Caledonian Privateer
Ghost of Winters Past, Holding Off for a Hero