Today is a special day for me because I get to
welcome a lovely guest, Gerri Hines.
This lady is an author’s best friend. If
you don’t believe me,
check out her blog here

and you’ll see what I mean!! 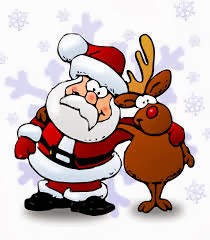 When I pick up a romance novel, I’m certain of one
thing. Boy…I mean man meets woman; man wants woman; woman discovers the man is
her knight in shining armor; they fall in love and live happily ever after. A
happy ending. A celebration of their love. The formula has been used for years
upon years. And when I’m in the mood for a light read, I greatly enjoy a good
romance.
Although to be honest, I can’t write a simple
romance. I’ve tried. Every time I try, the book takes a turn, a wide turn back
to what I’m comfortable with—romantic suspense. I can’t help throwing my
heroine into danger. Yes, I’m one of those romance suspense authors. I also
follow a formula. Conflict. Conflict. Conflict.
Up until Fragmented, most of my books have been
historical romance suspense books. I’ve been drawn to the past…that is until
this last spring. I live in Boston. I wanted to do something for the Marathon
Bombing victims. So I wrote.
Fragmented, Book One Boston’s Crimes of Passion
series, is my first suspense thriller. I have also pledged to give half my
royalties to one of the charities that support the victims of this tragedy. It
is my way of giving back.
I’m excited for the release of Fragmented. I’ve
gotten quite a lot of positive feedback on Fragmented. Let me share a few
quotes from some fellow authors.

“Fragmented
is a thoroughly engrossing romantic suspense which will have you turning the
pages as fast as you can! Author Colleen Connally does a masterful job diving
into the demented mind of a serial killer. If you liked Silence of the Lambs,
you’ll love this story. Highly recommended!”  ~ S.G. Rogers

“A
gripping, page-turning thriller. You won’t be able to stop reading. And you’ll
sleep with the lights on! Colleen Connally creates evocative words that will
send more than chills down your spine. There’s also a few scenes that will grip
your heart!”~ Elaine Raco Chase,

“A
fast-paced, sensual romantic suspense with a compelling heroine and a caring,
dynamic hero.” ~ Lindsay Townsend 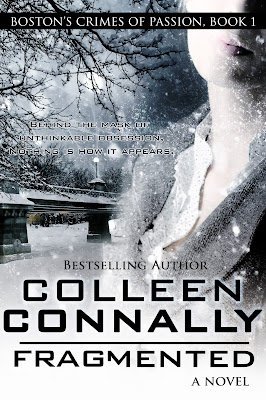 FRAGMENTED
BOOK
ONE, CRIMES OF BOSTON SERIES
The first in the Boston’s Crimes of Passion Series!
A pulse-pounding thriller! Ms Connally’s first murder mystery delivers!
Suspenseful…shocking…a psychological thriller— leaving readers on the edge of
their seat.  Cameron Quinn is caught in a
web of deceit. Protecting her brother from being framed for a murder places
Cameron in untold danger. When the real killer diverts his attention to her,
she has nowhere to turn, especially not to the man she shared one unforgettable
night… who now is trying to put her brother in prison. A “must read” for any
suspense lover!
She
would do anything to protect her family…
Cameron Quinn watched her father fall into a world
of despair after being falsely accused of causing her mother’s death. Now, her
brother is a suspect in a crime she knows he’s not capable of committing.
She’ll risk everything to save her brother from the same fate as her father,
even destroying evidence that implicates him in a series of murders.

He
would do anything to win a case…

ADA Darren Kennedy is known as ‘the bulldog.’ He
doesn’t lose. When a killer emerges on the streets of Boston, he’s dead-set on
putting that killer behind bars…along with anyone that stands in his way.
A
killer would do anything to get his heart’s desire…Cameron
soon discovers that the police aren’t the only ones who suspect her of covering
for her brother. The murderer is still out there and he isn’t happy his plans
have been disrupted. Now, the twisted psychopath has turned his attention
towards Cameron and will stop at nothing until he has her in his control.
Intrigue,
love, betrayal…suspense!
Connect with Colleen Connally:
Website:  Jerri
Hines, Romance Author:  http://jerrihines.org/
Blogsite:  Colleen
Connally:  http://colleenconnally.blogspot.com/
Twitter: