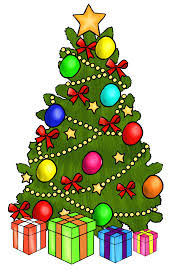 He wasn’t a rich man, worked the normal nine-to-five
kind of job and he and his family survived payday to payday. Every week, this
man would take twenty dollars from the house-hold budget so he would always
have a few dollars in his pocket for those small emergencies.
His wife was careful with money in the same way but at
Christmas they would spend a little more to give each other, and their family
and friends, those extras that make this time of the year so special.
Now, his wife had a few girlfriends that would come
often and visit, one who liked the good stuff in life and didn’t hesitate to
blow whatever amount she wanted to get herself dolled out with fabulous clothes
and especially nice jewelry. And… she liked to brag about her purchases.
Even the other friend, though not quite as extravagant,
would spend money on herself and she too loved good jewelry. But the wife knew
they didn’t have a lot to spare and so other than buying a few of the nicer
clothes on layaway and really good sales, she spent their money on the
necessities and had no problem doing so. As far as she was concerned, they had
everything they needed… and then some.
Therefore, this special Christmas Eve when they had
a houseful of family visiting and the husband and his wife ended up sleeping on
the couch in the living room, she had no idea why her man was so het up and
seemingly nervous. Once they were alone, he cuddled up and then presented her with
a beautifully wrapped gift. They always opened one gift the night before
Christmas, but they’d already had this ritual so she certainly wasn’t expecting
anything else. Surprised, she didn’t know what to think. By now, he vibrated
with a nervous kind of excitement and she knew whatever was in the small box
had to be very important.

Slowly, she unwrapped it and inside was the most
beautiful diamond ring she’d ever seen. Three huge diamonds – all the same size
and set in a gold band – dazzled. They sparkled their beauty and fit together perfectly
with her older engagement ring to make a gorgeous set. Heart beating, tears
streaming almost choking, she wrapped her arms around this man
and held on.
His whispered words, “you can show your friends
tomorrow” let her know that he’d overheard their female discussions and had
decided that his wife wasn’t going
to be left out – no way.
Finally, he admitted that every week, he’d hid half
or all of his money and it took more than two years and a hidden bonus check before
he could afford to pay for this gift. But he’d done it for her, so she’d have
what the others seemed to want so much.
***And every time I look at my finger and see that
gorgeous ring, I remember that Christmas and it reminds me why I love that man
so much.

Have a very Merry Christmas and may your Santa be
good to you this year too!!!