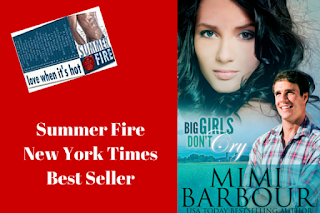 ***Here’s
how Summer Fire made it to #13 on #NYTimes. It’s
complicatingly simple. We worked our fannies off!! Maybe not everyone—all of
the time—but we all kicked in some of the time. And with 20 authors making the
effort, it worked.

1.
An organizer – who is not only savvy about organizing, but someone with a lot of energy and… who is willing to take on the
bulk of the work. No matter how much you believe that everyone will pitch in
and help, most of the group are only going add so much. They want to be led,
told what to do, how and when. If you have a vision of how everything should
work, you better be willing to either take charge yourself, because of your
experience, or join with someone who has done this before and knows the ropes.
Over the past year, I’ve been involved in six
different collections and there’s one thing I’ve learned that is inarguable. No
matter which group you join, to succeed, there has to be one person who takes the reins and
makes the decisions.
In our first bride collection, Ten Brides for Ten
Heroes, we managed to split the tasks such as designing the cover, formatting
all the books, uploading to different venues, setting up promotions, twitter
blast, Facebook page setup, organizing a cookbook and have one girl take charge of the bookkeeping.
I’m sure there were a lot more chores but these were the main ones that I can
remember.
Since it was the first time for most of us, we
relied on the know-how of the experienced authors who had been involved in an
earlier set. Thank goodness they had that knowledge or we’d never
have been able to organize ourselves. This first bundle was a huge learning
curve and I sucked the information up like a dry chamois.
If those girls hadn’t been so forthcoming and
helpful, I have no doubt the group would have fallen apart. As it was, we didn’t
hit any lists, but we did learn what we needed to do the next time to ensure it
would happen.
Now challenged… most of us joined forces again to produce, Ten Christmas Brides. Everyone kind of fell back into their old chores, and this was when I noticed that not everyone’s efforts were equal. No one said anything, the rest just pushed harder and this time our struggles paid off. We did make the USA Today List.
A few of us decided we also wanted to do a Valentine collection, so we found some different authors to fill in the empty spots and the same basic steps were set in play. Happily, we hit the USA Today, this time with Hearts & Kisses. Again, I noticed that some were more enthusiastic than others, worked harder—pushed more.
After that, I was accepted in the collection called Summer
Fire. This time there were 20 authors involved and we had a skilled leader.
Right off, I noticed the difference. She had rules. We were all expected to
write a new novella, no exceptions. She had a cover ready so there were no on-going
discussions about it taking up valuable time. There was a marketing plan in place, a
budget set up and every one of us was expected pay up and to perform our
parts. This lady knew what was needed for us to hit the New York Times and she
fully intended for it to happen. Considering the rest of us were as hungry as
she was, there was no problem getting the girls on board.

Whether or not we all performed at the same level of
energy on the daily social media grind is neither here nor there, but we were all required to complete a certain number
of chores and weren’t really given any choice other than which day or what time.
I have no doubt, that this expectation is what made us achieve the sales that
we needed to succeed.

And I have no doubt, it was because of the strong leadership that we maintained the necessary enthusiasm to continue performing as long as we did. That poor woman had her hands full – trust me. Twenty woman with opinions?? Dear Lord, I only hope her medications kicked in LOL!! 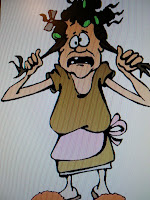