I loved reading the humorous book of essays called Raising
Zombies, and I am thrilled to introduce you to the author and wonderful storyteller,
J. Thorn.
My 5-star review on Amazon
Raising Zombies is one of the best books I’ve read for
a long time. So humorous that after I yakked about it ad nauseum to my husband,
he finally decided to read it. Just like I knew would happen, I caught him
chuckling and at times laughing out loud just as I had. Not only is Mr. Thorn
funny, but as a teacher in his earlier career, he’s very insightful about
children. Many of his observations equalled my own and shone a light on
mistakes being made by today’s parents who won’t let kids just…well…be
kids. They don’t want children challenged where there might be failure. And
they don’t want them left alone to discover that imagination can be their best
playmate. And heavens if one of their babies gets a bruise or suffers a hurt
whether emotional or physical, it’s not tolerated without there being an
uprising. So how do these little people grow up with any kind of armor against
what the world has in store for them as adults?
Other essays took on the ridiculousness of how the
some folks try and control our way of thinking by saying that we’re offending a
segment of the population with our politically incorrect expressions. To show
how silly they get sometimes, Mr. Thorn drew up his own list. A couple of my
favorites were: Dracula–endorses the irresponsible practice of transmitting
bodily fluids. And this one: Skeleton–exhibits insensitivity toward those with
eating disorders. I could go on because they were so well done.
Another insightful passage that made me think included
these words: “The events that
forever change the evolution of the species happen without warning, sparked by
the will of the Common Man, not from the wisdom of those in power.” I
believe this line was pertaining to the Civil Rights Movement. So interesting
and so true!
As you can imagine, I could go on and on about this
wonderful book. I thought about what I liked most to share that with you and I
decided it’s the authors voice and his way of sharing his ideas. He doesn’t
presume to preach, nor does he bore the reader to tears. What he’s done is
shine a light in areas that we all need to look at more clearly.
p.s.  If this man was ever to take to the stage as
a stand-up comedian, I’d stand in line to buy a ticket. 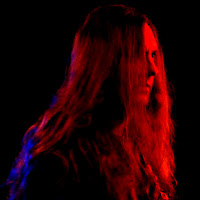 J. Thorn:
Raising Zombies. The title was in my head before the
essays were saved to the hard drive. I don’t know if I ever consciously decided
to write a narrative non-fiction about my time as a teenager of the 1980s, an
educator, and a parent. I did not intend to willingly expose all of my
childhood insecurities on Amazon, and I certainly did not intend to have anyone
read it. Please laugh at my mullet and my Def Leppard obsession. Go ahead and
have a chuckle at my expense. I wrote this collection of humorous essays for
closure on a chapter in my life and to address tendencies in our culture around
child-rearing that are damaging childrens’ ability to deal with reality. I saw
many things that pissed me off but ranting about them to family, friends, and
co-workers wore thin. But if you can make people laugh, think for a moment,
maybe even begin to question the traditions they’ve so blindly followed, things
can change in an instant. If you have any doubt about that, think about how
quickly the idea of Communism died in the late 1980s.
I normally write fiction, horror, and dark fantasy. I
often portray zombies as mindless creatures pursuing nothing but their most
basic, instinctual urges. So when I had to make a final decision for a title, I
never wavered from the initial idea. In a way, many families and schools are
doing just that, raising zombies. The “good” kids are the ones who conform and
obey. They are not the ones who challenge the system through creativity.
Innovation comes from calculated risk-taking and that will never happen if we
constantly reward the rule-followers and punish the divergent thinkers.
Now that Raising Zombies is on the virtual shelf, I
hope people will read it and think about what they do with and to their
children. I don’t expect every reader to agree with my perspective—I question
everything and you should too, including the ideas I present in this book. I
pose some opinions that will make mainstream America shudder and I expose other
cultural norms that are downright embarrassing. It’s not the Chinese or Al Qaeda
that’s keeping America from being a global leader; it’s our sense of
entitlement. Teach your children to earn their success. 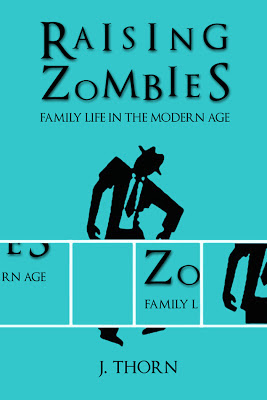