Love is Never Past
Tense 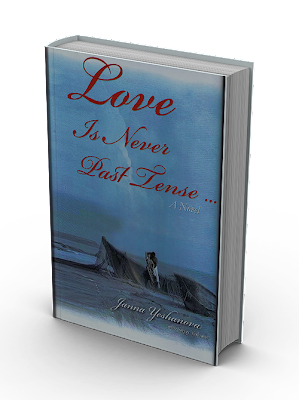 A couple’s quick romance and hasty marriage is torn apart by family
and fate, leaving them to face the collapse of the Soviet Union separately.
Years later, old memories are stirred to give their love a second chance.

Serge and Janna’s chance meeting at a Black Sea
beach sparks a passionate romance and a quick marriage. Serge’s parents,
suspicious of Janna’s motives and heritage, force him to break up with her. As
the Soviet Union collapses, revealing ethnic and social pressures, each faces
danger separately. Serge drowns in self doubt, his life spiraling down and in.
Janna plots a dangerous exodus to America with her mother and daughter. Years
pass, stirring old emotions, and changing circumstances give their love a second
chance. Janna Yeshanova tells a life story, providing a very personal view of
political and social change.
A remarkable second chance
romance told with amazing realism in the style of a classic Russian novel.
208 pages – Goodreads (book): http://www.goodreads.com/book/show/13826960-love-is-never-past-tense
Buy Links for Love Is Never Past Tense
Autographed copies
~ Amazon ~ Barnes
& Noble  ~ Ebookit ~ Kobo ~ Google  ~ Ingram
(Diesel) (same as below)
·
Autographed copies at Love Is
Never Past Tense Website http://www.loveisneverpasttense.com/order
·
Amazon (paperback, hardcover,
or Kindle) http://www.amazon.com/Love-Never-Past-Tense-ebook/dp/B00CIF3KT8/ref=sr_1_1?ie=UTF8&qid=1374610100&sr=8-1&keywords=love+is+never+past+tense
·
Barnes & Noble
·
http://www.barnesandnoble.com/w/love-is-never-past-tense-janna-yeshanova/1105141989?ean=9780983746218
·
Ebook formats available at:
·
Ebookit http://www.ebookit.com/books/0000002009/Love-Is-Never-Past-Tense.html
·
Kobo http://store.kobobooks.com/en-US/ebook/love-is-never-past-tense
·
Google https://play.google.com/store/books/details/Janna_Yeshanova_Love_Is_Never_Past_Tense?id=bfaXthm0aMgC
·
Ingram (Diesel)
·
http://www.diesel-ebooks.com/item/9780983746232/Yeshanova-Janna-Love-Is-Never-Past-Tense…/1.html
About the Author
Originally from the former Soviet Union, Janna
Yeshanova escaped to the United States when persecution became violent during
the crumbling of the Soviet state. Arriving in the United States with her
mother and daughter in tow, $126 in her pocket, and knowing not a soul, Janna’s
talent and experiences have helped her become a high-end organizational
training and development professional. Her exodus story is included in the
book. 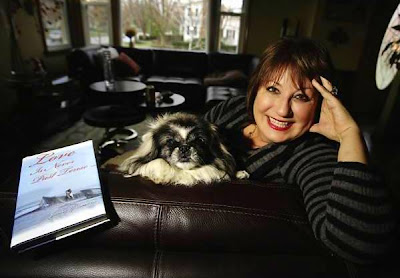 Founder and principal of Life-Spark, LLC, Janna
is a dynamic and powerful life coach, premier trainer and motivational speaker.
She leverages her passion and engaging style to help others overcome adversity
and spark the possibilities of their lives.