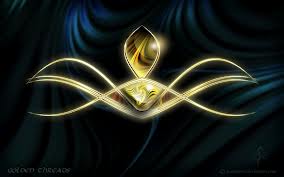 Today I hit Chapter Forty-Five in my newest book “Let it Ride”. It’s
the final one of the Vegas series and I’m trying to wrap up all the ends into
one neat bow.
After six books, trust me, it ain’t easy.
I have a lot of characters that I’ve played with throughout each story.
Some need to reappear and many don’t. I know the ones I feel should be given a
voice in this last book but I also know they need to have a legitimate part. I
mean I can’t just stick them in the story because they showed up in book #1 – or
whichever one they starred in.
Of course the original heroine, Aurora Morelli and her hero Kai Lawson
have to be acknowledged and will be. Then the second leading lady and man, Lisa
Jordan and Jeff Waters will be doing their thing. And doing it very well I
might add. They do make a fantastic
couple!
But it’s those all-important secondary characters that make each story
so vital and cohesive that I really need to deal with honorably. They’ve
bolstered up the main individuals throughout every conflict, and without them,
the stories would have been deadly dull.
In fact, I’ve become so enamored with one of my supporting actors, a middle-aged,
full of sweet blarney, Irish detective who is such a darlin’ that  I couldn’t give him up. So… having the power
to do whatever the hell I wanted with my own creations, I made sure he would
appear in another book after this series. Oh yeah!!
I lo-ove the power…
After a lot of thought, I gave the poor man a fully-grown daughter that
he didn’t know existed. She’s beautiful and isn’t aware of it. She’s smart but
thinks she isn’t. And she’s spent her whole life trying to live up to a mother
who’s powerful, respected and tough as they come. In fact, I made his girl so damn
interesting, with such a diverse personality that she’ll soon turn up in her
own story.
Dontcha just love how an author can keep fans happy when they’ve finished
off a series that’s been popular. Leave a string here and a thread there, then
weave them into a new project and Bingo! You’ve satisfied everyone.
Thrilled, I can’t wait to start this new endeavour. Always something to
work on, always another tale to tell.
Excerpt from Let it Ride:
“Can I get you a mug, Ham?”
“No, I’ve had my limit for this morning. Just quit your dithering and
tell me why you’ve hauled me in here. I suspect you want to tell me something.
Girl, it’s written all over your face.”
Lisa swallowed and plunked herself in the chair facing his. “You’re a
crafty man, John Hampton. Don’t see how anyone can pull anything over on you.”
Lisa decided to come clean. “So, this is the deal. Mattie called a few minutes
ago and said you’d be getting a visitor. From the sound of her voice, I
gathered you would be more comfortable here in an office rather than in the
middle of the squad room.”
“Did she say who?”
“Nope, just that you’d probably need backup. I presumed by her comments
the meeting would be better held in private.”
A knock at the door stopped her rambling. She glanced up and wondered
if the shock on her face and her open mouth might give Ham a clue that his
visitor had arrived.
Her gaze swung to her colleague. The color had drained from his skin, while
his Adam’s apple moved up and down rapidly.
His inaction forced her to take the lead. Tripping on the chair, then
bumping her hip into the corner of the desk slowed her down some but didn’t
stop her forward momentum.  Lisa,
reaching the girl who hovered in the doorway, first wiped her hands on the
sides her pants and then extended her right one.
“You must be a relative of John’s. The similarities are quite
extraordinary. Are you his niece?”
The stranger’s slight trembling vibrated through her fingers and warned
Lisa to prepare herself. Good thing she did.
“No. Not his niece. I’m his
daughter.” In a voice full of accented Irish bravado, the gorgeous red-headed
female stepped hesitantly toward John Hampton.
“Jumped-up Joseph!” Ham whispered. Unsteady but determined, he took
forever to rise. His expressive face mirrored inner confusion. Shock filled his
features, followed by anger, trailed by hope and finally tears.
The tall man, whose handsome face featured wiry grey hair and bushy
eyebrows to match, ones that emphasized his deep blue eyes, was probably, for
the very first time in his life, speechless.
Let
it Ride will be released in late October
2013.
**********