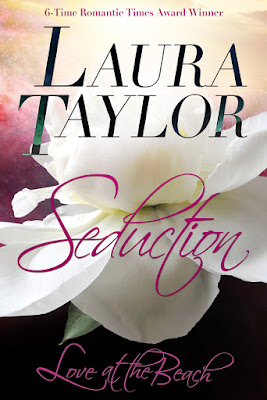 “How did you find me?” Maggie asked.

“Peterson. He wasn’t too thrilled about it.”

She flinched visibly.  “The head of Diplomatic Security at State? A
truly sensitive and compassionate man.”

He did not acknowledge her sarcasm.  He knew Peterson to be a single-minded, exceedingly
zealous bureaucrat.  Nothing further
needed to be said about him, but Noah had had plenty to say to him in recent
weeks.  He and his people had violated
the laws of decency and the land, not to mention Maggie’s civil rights, State
Department employee or not.

“Did you expect all of your friends to abandon you?”

“Not all of them, Maggie,” he insisted.  “You should be bitter, but the only emotions
I hear in your voice are sadness and resignation.”

“Bitterness is a waste of time and energy.” She
laughed hollowly.

Noah instinctively began to reach out to her, but he
stopped himself.  The restraint he
exercised took all of the self-control he possessed.

Pushing open his car door, Noah walked around to her
side of the car.  She climbed out,
brushed past him, and made her way to the front porch of her small cottage.

Noah followed her, pausing at the foot of the stairs
and watching as she dug around in her purse for keys.  He waited while she shoved the key into the
lock, and then nudged open the front door.

Turning to face him, she said, “Please don’t come
back, Noah, for both of our sakes.”

“Does everyone have to have a motive?”

Her eyes filled with tears.  She jerked a nod in his direction.  “Unfortunately, that’s been my experience.”

Noah swore, the harsh word reflecting the tumult of
emotions coursing through him at that moment.
Unable to keep himself away from her any longer, he climbed the stairs
and crossed the shallow porch.  He paused
beside her, aware that her uneasiness had returned when he saw the apprehension
in her eyes.  Reaching past her, he found
the switch on the inside wall and extinguished the porch light that glared
brightly over their heads.

Noah trusted his instincts in the minutes that
followed.  He drew Maggie forward and
simply held her, his sole motive to offer comfort.  She stood rigidly at first within the
confines of his embrace, reminding him of a slim wedge of granite.  Then she sighed, sagged against him, and
trembled with emotion.  He fought the
arousal her shapely body provoked, fought it with every bit of inner strength
he possessed.

It took several minutes, but he felt some of the
tension in her ease as she stood within the circle of his arms.  Sliding her arms around his waist, she rested
her cheek against his shoulder.  He
savored the woman, the moment, and the fledgling quality of her trust. 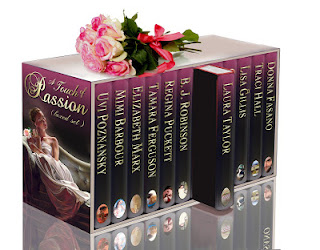