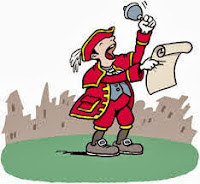 I’ve released my newest book called Let it Ride, book #6 in the Vegas Series. I also  have it being promoted in a Freepartay (below). Hopefully, I’ve let the world know through facebook, twitter and my newsletter
that’s it is now LIVE on Amazon!!!

Here’s
the back page narrative:

Lisa
never breaks promises.
So
when her partner, Aurora, makes Lisa vow to find out who’s kidnapped casino
owner Jeff Waters and save him from being hurt, she agrees.  No one knows that he’s burrowed a path into
Lisa’s soft heart after their illicit night in his luxurious penthouse apartment.  Just imagining him being in danger is enough
to terrify the Las Vegas detective into taking chances she wouldn’t normally
now that she’s responsible for her precocious three-year-old nephew.
Jeff
hates knowing that the one person who comes to his rescue is the only woman
he’s ever wanted to marry, a woman he should be protecting—not the other way
around. The fact that his family’s history put her in danger is driving him
crazy. As crazy as the two killers who want him dead… but only after they get
their ransom and bed the gorgeous, long-legged exotic dancer they haven’t yet
realized is only there to save their captive.

***Just so you know, I really wanted to make this
book the best in the series so I could end it on a high note.  But it’s difficult to tie off the ends accumulated
in five other books. I think I accomplished what I wanted to do. There’s a lot
of fast-paced action, some emotional scenes that’ll rip through your defences
and make you sniffle, romance to satisfy the romantics and two heroines who are
my favorite characters so far.

“Let it Ride” A short Excerpt:

“I know how to get to Jeff. I purposely left their
balcony door ajar, and as long as no one has closed it, I can get into the room
again.”
Kai’s voice iced with anger. “Over the balcony? Are
you stark-raving mad? We’re on the twenty-sixth floor, Sunshine.”
Lisa made sure that she looked confident even if
nausea emerged from just the thought of her intentions. “I checked. The
balconies are not that far apart and there’s an overhang, plus a ledge. I can
make it. No problem.”
“Not gonna happen!” Kai was adamant. “Too dangerous.
If they catch you this time, they’ll peg you for a cop.”
“Not if I’m still in this stupid costume. Look, I
left behind my diamond earring, well it’s a rather large Cubic Zirconia, but
they’ll never know. I’ll just say I discovered it missing when they pushed
everyone else out, so I hid in their guest bathroom near the entrance until
they went to bed. Then I made my way to the other bathroom where I’d been sick
because I was sure I’d lost it in that room. And it is there, so they’ll
believe me.”
Aurora stared at her with searching bewilderment
that slowly turned into an approving grin. “That’s what you were doing when you
stopped behind me. You always intended to go back.”
“Yep! I’m not leaving him there for them to torture
any longer than necessary.”
“Get ready. I’ll help you.”
“Au-ro-ra!” Kai headed in her direction, intentions of
strangulation clearly on his unhappy face.
“Dammit Kai, I’d do it for you and her legs are a
hell of a lot longer than mine.”
Ham interrupted while pointing at the monitor.
“Better go now, darlin’. Check who’s heading up the hallway… and does he ever
look pissed!” 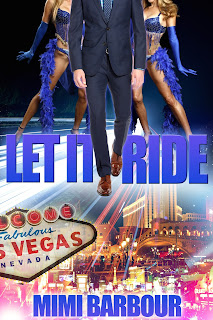