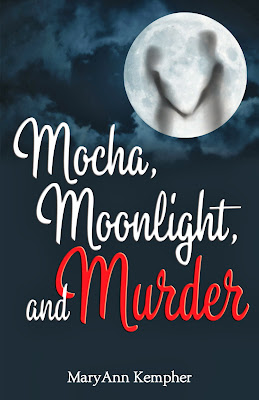 Amazon
*** I’d like to welcome my guest MaryAnn Kempher today and her wonderful romantic mystery released in April called Mocha, Moonlight , and Murder. This book hit the charts and soared. Already, it has 52 reviews – mostly 4 and 5 star.
Book Blurb:

Instead of feeding her late-night
appetite, a midnight food run nearly gets 28-year-old Katherine O’Brian
killed. She’s the only person to see the man whobrutally murdered a local woman,
and the killer is hell-bent on making sure she doesn’t talk.

Scott Mitchell left a broken
engagement behind when he moved to Reno, and the
last thing he needs is more
melodrama. But when he and Katherine are paired
for a college project, that’s
what he gets. It can be very distracting when
someone is out to kill your lab
partner. Together, they try to figure out what the
police haven’t been able to—the
identity of the murderer. Passion flares, but with
Katherine’s life in danger,
romance seems like more than a bad idea.
Scott and Katherine will face
jealousy, misunderstandings, lust, and rivals, not to
mention attempted murder—and all
before their first real date.

Mocha, Moonlight, and Murder is a
romantic mystery set in Reno NV. One night, 28 year old Katherine O’Brian,
braves the late hour and cold temperatures to walk to an nearby all-night
diner. On the way, she encounters a killer as he’s preparing to dispose of his
victim. She easily out runs him, but this isn’t the last time she’ll encounter
this killer.
As if her life being in danger
isn’t enough, Katherine has gone back to college to finish her degree and is
paired with a very hot guy, who soon poses a danger to her heart.
I started writing Mocha in 2008,
but I’ve never been a disciplined writer. Sometimes weeks would go by without
one visit to the manuscript. It wasn’t until the summer of 2011, that I got
serious about finishing the book. I wrote nearly every day and finished by that
December. After having the book professionally edited and proofread, a must, I
submitted it to dozens of agents. I had a few requests for partials, and one
request for a full, but nobody offered representation.
Then, and this will highlight the
importance of social media, I agreed to meet for coffee, with a fellow author
I’d met on Twitter. That meeting turned into another meeting, this time with
three other writers. One of the other ladies had just had her book published.
She agreed to read mine, liked it, and referred to her publisher. Six months
later, nothing happens quickly in publishing, they offered to publish my book.
Mocha, Moonlight, and Murder was
published in April of 2013 and has done fairly well. It reached #97 on Amazon’s
Top 100 Best Seller list, and #4 in both the Suspense and Romantic Suspense
categories.
I’m hard at work on my second
book, tentatively titled Forever Doomed. I’m hoping to finish it by the end of
this month and release it in December, January at the latest. It takes place on
a cruise ship where one week into a four week cruise, two people are murdered.
The head of security has to solve the mystery before the ship returns to port.
I love interacting with readers,
so I’m easy to connect with on my author Facebook page.
https://www.facebook.com/AuthorMaryAnnKempher?ref=hl
I’m also on Twitter,
@maryannkempher 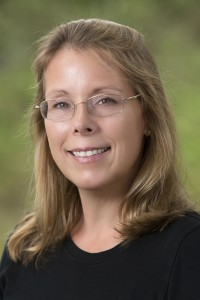 MaryAnn Kempher’s writing is
infused with romance and mystery. Her
love of romance stories goes back
to her teen years spent living in
Reno NV, where Mocha,
Moonlight, and Murder is set. MaryAnn’s
travels have taken her to
beautiful cities in Italy, Southeast Asia and
the sultry desert country of
Qatar. She met her husband on one of her
romantic misadventures while
traveling. She has two children and
currently lives in Florida where
she and her family share their home
with two dogs and a cat. Her
writing influences include favorite authors
Jane Austen and Agatha Christie.
She’s a huge fan of the Hercule
Poirot mysteries. Her guilty
pleasures are any and all sweets,
including a good cup of Mocha.