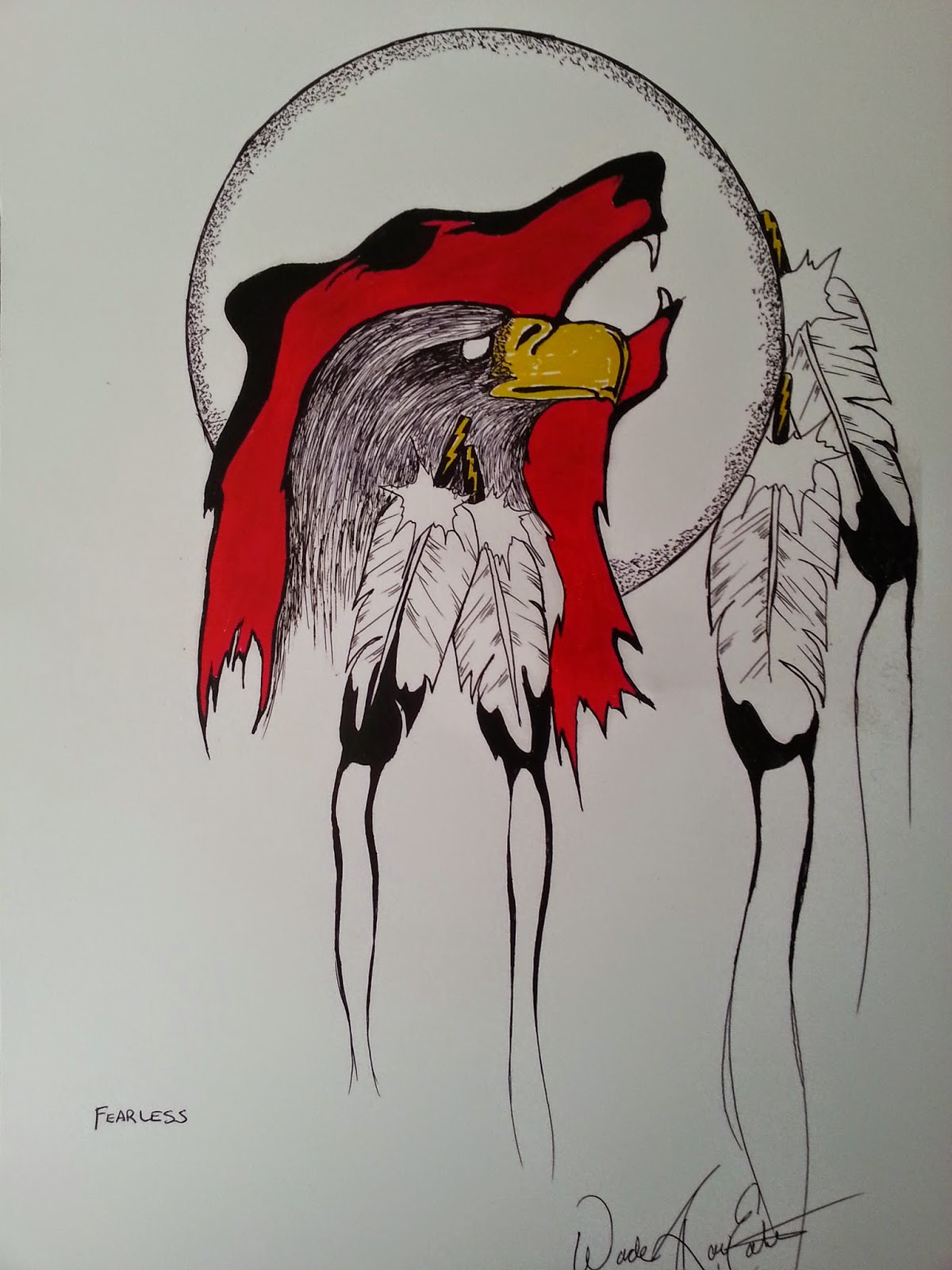 This
happened to me a few weeks ago. And because it’s been on my mind, I decided to
share my experience with you.
I was
visiting my folks in the small town where they reside in the interior of B.C.
It’s a lovely, sleepy kinda place where many people like to retire because of
the mild winters and hot summers.
This day
I had chosen to walk across from the lodge where they live to the Safeway store
nearby.  My mother has this fondness for marshmallows and in one of the
end-of-the-isle tubs; they had large, striped pink and white ones. I grabbed a
bag for her and got a few other things. Then I went to the checkout and put my
stuff down and searched in my purse for my wallet.
A young
native man stepped up behind me. He reminded me of a fellow I knew and cared
about as a teenager, only this young man’s hair was quite long, decorated with
a feather attached on one side. His black leather vest had some beautiful
Indian artwork and matched the black of his sleeveless t-shirt and jeans. His
tattoos were indicative of his culture and I thought him handsome. Maybe the
pot-marks on his face spoke of earlier hard times but this day he looked
clear-eyed, healthy and strong.
His smile
caught my eye and I smiled back. “It’s nice and warm,” I said, wanting to be
polite.
“Yes it
is”, he answered as he put a briefcase down and got some money from his pocket.
He probably thought I had noticed he had nothing to pay for (I hadn’t – I live
in my own little world most times and that didn’t dawn on me until afterwards).
“I’m just here to buy cigarettes for my dad.”
Without
thinking, I grinned and responded. “Aha! You’re an enabler are you?”
He
laughed and nodded. “Guess so. He can’t afford to buy his own anymore so I
treat him when I’m here. I can afford it.”
Hearing
the pride in the way he said the words, I accepted that he told the truth and
maybe he sensed that I did. He looked at my groceries and teased. “You must
like marshmallows?”
Automatically,
I shook my head. “No, they’re for my mom. She has a sweet tooth.”
“Ahhh… so
you’re an enabler too.”
I had to
laugh and he chuckled with me, a moment when strangers meet. Then he looked
rather pensive and after a few seconds, he reached into his briefcase and
pulled out the picture you see at the top of the page. He said something I’ll
never forget. It was as if he knew there was insurmountable grief awaiting me
in the future. “You must live life “fearless”. He emphasized the last word and
motioned toward the painting at where it was printed.
Touched,
I looked at the wonderful artwork. “Not easy to do sometimes.”
“But it’s
the only way to survive.” He motioned for me to take his present. “This is for
you.”
I looked
at him, in his eyes and saw a spirit that I recognized. “For me!” It wasn’t a
question. I knew he meant for me to have it. The only way I knew to thank him
was to show him. I hugged that young man, and when he hugged me back, he
sighed. I felt his body trembling and without any hesitation, I kissed his
cheek and felt him kiss mine.
A moment
out of time I’ll never forget – two souls who found each other in this
lifetime.
~~~~~~
﻿