Have you ever wanted to write a book?
Since I first started my career as an
author, I must admit that a lot of people have shared with me their plans or desires
to pen the novel that’s just waiting inside their imagination to be released. The
thing is – it’s just not all that easy to do. Even if a person does start with
the best of intentions, doesn’t mean they’ll ever finish it.
So – let’s see how someone who’s already
published over 30 books comes up with an idea, works it into a story and
eventually has a finished product.

I’ll share my latest endeavors and it
may even help you decide if you’re really ready to follow your dream.

A while ago, for reasons I won’t go into
now, I had thought to do a trilogy of Christmas novellas.
As soon as the idea took hold, I’d made
up my mind not to follow the usual path of other writers by linking people (like
families, etc.) together in order to come up with separate yet attached books. Instead,
I let my thoughts wander through different scenarios until the idea of a litter
of puppies began to take hold. It dawned on me that I could use each pup as the
link for the stories.
Once I’d decided to go with that idea, I
needed to come up with a prologue which would hook them together and where I could
eventually get my three separate yet linked novellas started.
While I let my imagination roam, it hit
me that the little canines needed to be abandoned so each one have would to
venture out and find their family and, of course, their romance.
It was about that time that I asked my
friends and beta readers what they thought would be good titles.  After I shared the small bit of info I just explained
to you, the ideas started pouring in.
Already, the first book had started to
take shape, so when I saw the phrase – Please Keep Me – it seemed to be an
omen.
You see, I’d imagined a female puppy
who’d found a little girl – or maybe it was the other way around – but once they
met, it had to be love at first sight. Knowing I wanted something out of the
ordinary, rather than just the old boy meets girl beginning, I had the puppy
skid down a steep incline and fall into the lake.
Thoughts rolling now, I could picture it
happening and suddenly I saw the child trying to rescue the mutt only getting
herself into trouble. Now both needed to be saved. Of course, it was the
perfect time to introduce our hero.
The plot worked smoothly, but was a
little too easy so I added another twist just to make the story flow. I’d
decided to have the single mother, with good reason, hate all Carltons – a family our
handsome do-gooder just happens to be a member of.
Once I’d set these schemes into motion, the
story wrote itself. Of course there had to be more conflicts to keep it
interesting, but the joy in writing the book was exploring the characters,
watching them grow while putting them through hell.
Still think you want to try writing that
book?
If so, check out my next post. You’ll learn
more… 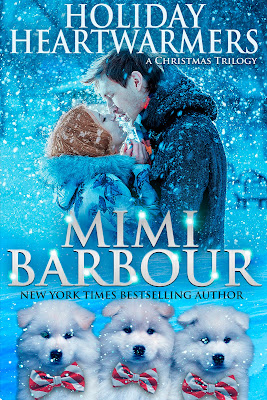 Released on Amazon Select and now on a
3-day promotion!!
99 cents…
Grab your copy now and follow along with the blogs.